Unmarked Spoiler Warning: Due to some characters otherwise being completely whited-out, no trope names have been spoilered, not even for late-game or ending events. Additionally, because of the numerous ways that different subplots can lead to different endings, events that occur earlier in the game are unlikely to be spoiled out at all unless they lead into later events.

The nobility closest to the capital on Lampsi Island consists mostly of the royal family and their relatives, who stretch across the duchies of Caloris, Merva, and Mazomba. Also near them is Ursul, whose ducal family are pariahs within Nova due to their active Lumen magic and the belief that they betrayed the country centuries ago. Most of these provinces are bordered by the ocean to the west, and to the north Ursul is bordered by the nation Tombula. 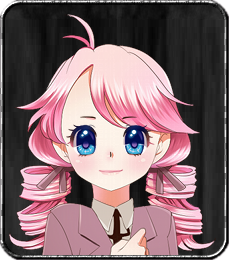 The heir to the throne of the kingdom, and the player character. Elodie has been abruptly pulled out of school following the sudden death of her mother, the queen. With a little less than a year remaining before Elodie reaches her fifteenth birthday and is legally acknowledged as an adult, she must take a crash course on skills essential for maintaining her rule, as well as navigate the many situations she will find herself in over the next forty weeks.

King-Dowager of Nova, Duke of Caloris 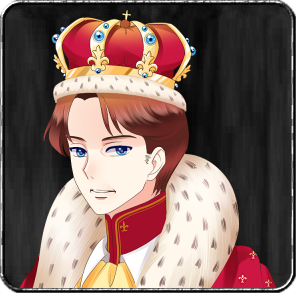 Elodie's father and Fidelia's widower. He acts as Elodie's regent as she prepares for her coronation, although he will almost always defer to her own decisions should she be called on to make a choice.

The late queen who died under sudden and uncertain circumstances. While no visual representation for her is given, the legacy and mysteries she left behind continue to influence Elodie and many of those who come to her. 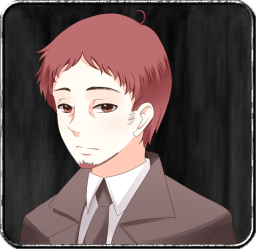 Elodie's maternal uncle. He is currently second-in-line to the throne, being Fidelia's brother, and was elevated by her to the ducal seat of Merva, which had been in the crown's control for several decades. 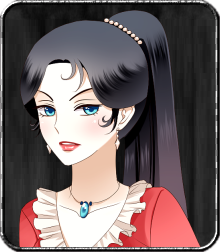 Elodie's aunt, through her marriage to Laurent. Basic knowledge in Internal Affairs reveals that she claimed to be from the extinct Merva ducal family but couldn't prove her ancestry; as a compromise, her husband Laurent was made the new Duke of Merva. 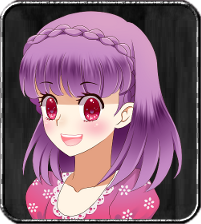 Elodie's cousin and close friend since childhood. She is currently third-in-line to the throne of Nova, as well as the stated heir to Merva. 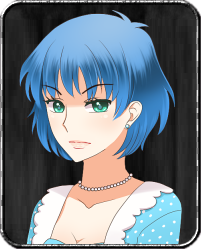 A woman who approaches the castle with the intent of becoming one of Elodie's tutors. As she is the only publicly-known Lumen besides the current ruler of Nova, she faces constant scorn by those who don't trust her and her powers.

Bordered by mountain ranges and the countries of Pyrias, Yeveh, and Talasse, the eastern lands of Nova are heavily connected politically. The current nobles of Mead, Kigal, and Elath can call the Duchess of Lillah mother, grandmother, and wife. Turmoil, both international and internal, is hidden within the history of these families. The outlier is Sudbury, which has its own relatively self-contained scandals. 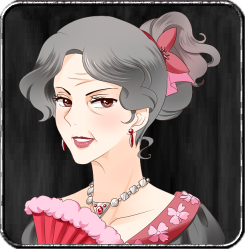 Called Nova's Eastern Queen by many, Arisse is known for her widespread family connections, giving her influence in Kigal, Mead, and Elath. 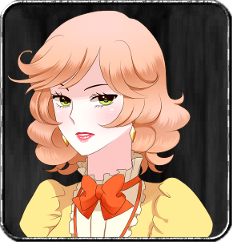 The eldest of Arisse's children and the first from her marriage to Nalin, the Duke of Mead, she is also Briony's mother and is married to Julianna's disinherited brother. 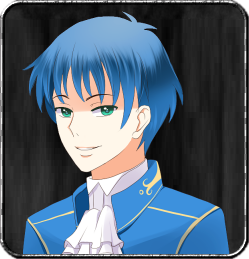 The elder brother of Julianna. For reasons unstated, he was passed over for inheritance in favor of his sister. He's now married to Corisande and is the father of Briony and Noll. 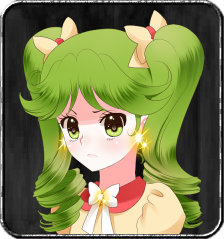 One of Elodie's former classmates. Briony contacts her throughout the game, giving insight into some of the events going on in eastern Nova, and constantly pushing her for ideas of a fun escape from constant studying. She's evidently skilled in swordsmanship, archery, and cyphering. 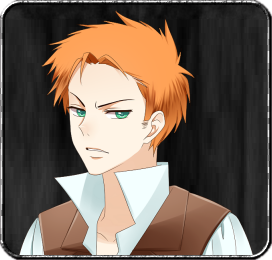 Arisse's second child from her marriage to Nalin. With no major title of his own, he appears to have taken to living with the ducal family of Mead. 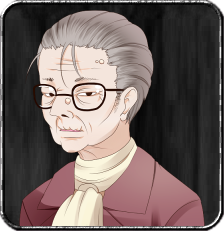 The elderly father of the future Duke of Elath, Adair. Previously married twice, he is now currently married to Arisse, who herself has been widowed twice. 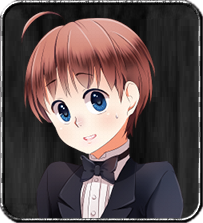 A shy boy who will become the Duke of Elath when he comes of age in a few years. Until then, a regent must handle the affairs of Elath for him.

Duchess-Regent of Sudbury, Countess of Dis 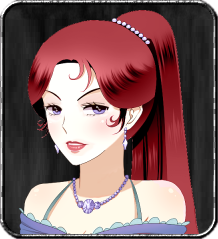 Gwenelle's mother and the regent of Sudbury until her daughter comes of age. Though she is currently married to Bennett, she was formerly married to the now-deceased Duke of Sudbury, Yannik. 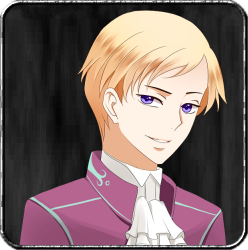 Brother to Banion and Brin, and husband of Lieke. He was disinherited by his family and has no claim to Maree and Hellas at the start of the game, instead living in Sudbury with his wife and child. 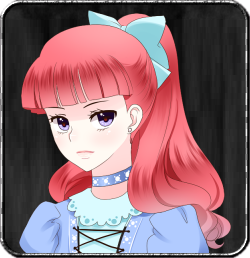 Daughter of Lieke and Yannik, she is the heir to Sudbury. While she is still known as Lady Sudbury at the beginning of the game, the first time Elodie is able to meet her during the story is at her fifteenth birthday party, at which she is officially acknowledged as the Duchess of Sudbury.

Included among the other named nobles in eastern Nova are the younger children of Arisse, most of whom lack any titles, and the ducal family of Kigal, many of whom are her grandchildren through her daughter Charmion. Although they make few onscreen appearances, they have some involvement in certain story branches thanks to their connections to Arisse, and a number of Elodie's marriage candidates are among this group.

Maree and Hellas are neighboring duchies led by siblings Banion and Brin, both of whom are single and have no recognized heirs. In recent years, the two provinces have been in disputes with the bordering nation Ixion over the ownership of territories, and matters finally come to a head shortly after Elodie returns to the capital.

Duke of Maree, Earl of Serenitatis 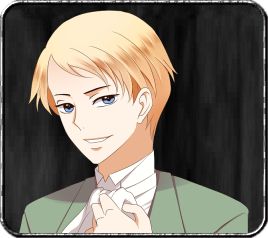 The middle child of his family. When Ixion invades one of his provinces, Banion seeks Elodie's help in resolving the matter.

Duchess of Hellas, Countess of Dysnomia 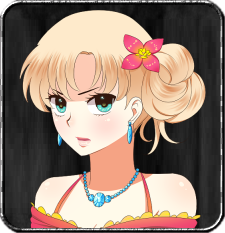 The eldest sibling of her family, Brin accompanies Banion to the meeting with Ixion's diplomat. A bit of digging reveals that she was the one who instigated the incidents with Ixion.

Throughout the game, Elodie encounters a few other members of nobility — some who own only minor lands and titles, and others who are important figures hailing from other countries.

Countess of Miranda and Callisto 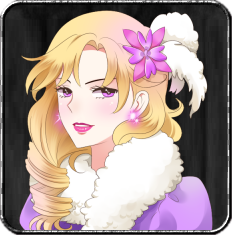 A minor Novan noble who is attempting to court Joslyn. 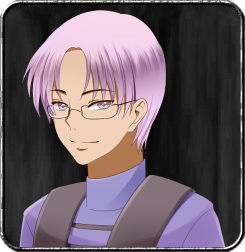 A duke from the neighboring kingdom Talasse. He sends Elodie a gift early in the game, intending to court or even marry her. 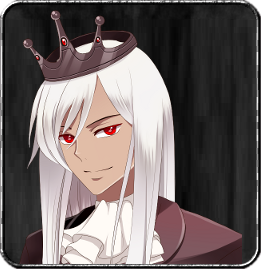 The king of a country across the sea from Nova.

Elodie encounters several other recurring characters throughout the game, even though said individuals are commoners or otherwise lack any known link to nobility. 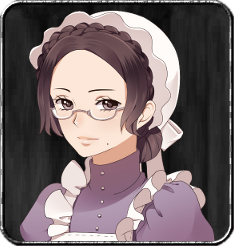 A baker's daughter who works as a maid in the castle. She frequently delivers messages and items that have been sent to Elodie.

Priestess of the Second Circle 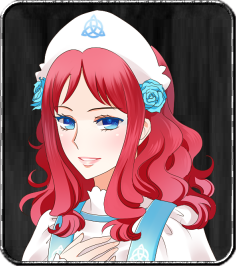 A priestess who works in the palace's sacred grove. She is one of Elodie's Faith tutors, as well as a potential Lumen tutor. 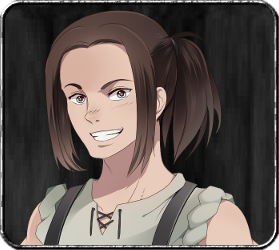 A young man that Elodie might find sneaking onto castle grounds throughout the game. 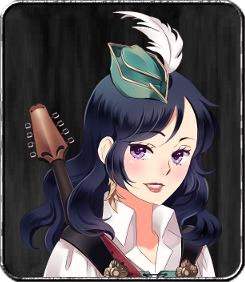 A musician who approaches Elodie with the intention of being accepted into her court.