open/close all folders
Lois and Clark 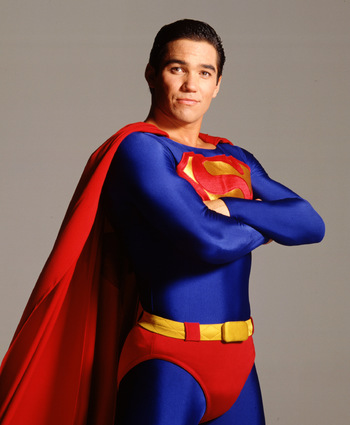 Superman is what I can do. Clark is who I am.
Click here 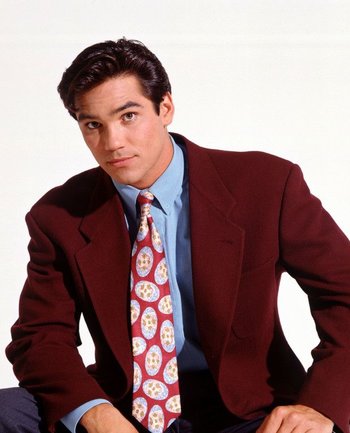 to see Dean in his Clark Kent persona.
Played by: Dean Cain 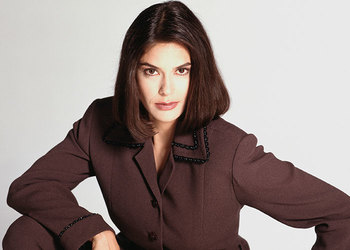 Threatening gifts... weird frogs... my fiance's typhoon fighting in India... It's not even 8 o'clock, what's next?
Played by: Teri Hatcher
Supporting Cast 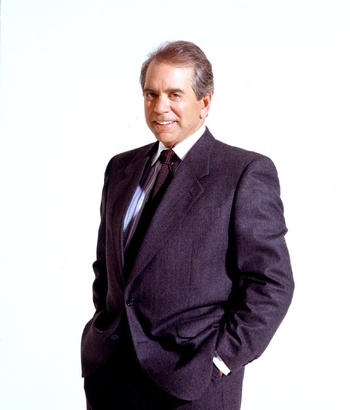 Remember there's no perfect sunsets. There's a little crack in every cloud, but that's what gives you your silver lining.
Played by: Lane Smith

Played by: Tracy Scoggins
Cat Grant is the Society columnist of the Daily Planet and is well-connected to the world of high society and celebrity. She acts somewhat flaky and is always on the lookout for her next sexual conquest, trying (and failing) throughout the first season to entangle both Clark and Superman. She and Lois don't particularly care for each other.

Played by: K Callan
Martha Kent is Clark's adoptive mother and wife of Jonathan Kent. Lois & Clark's depiction differs somewhat from the traditional 'farm wife' Martha in that she is an aspiring avant-garde artist and sometimes takes adult education classes at the Smallville Community College. She and Jonathan have been married since at least the early 1960's, although Martha was unable to bear children. When the infant Clark's rocket crashed, Martha and Jonathan took him as their own son and raised him as a human.

Played by: John Shea
Lex Luthor is a genius businessman who is intent on controlling Metropolis, and eventually, the world. His rise to fame and fortune has been cultivated over his entire adult life, and Lex has never let anyone or anything stand in his way. When necessary, he does not hesitate to buy people off, intimidate them into submission, or have them killed. By the time of the series premiere, Luthor is the 3rd richest man in the world, with a net worth in the tens of billions of dollars. His company, Lexcorp, owns telephone service, television channels, nuclear power stations and various others: essentially, all of the things needed for a society's infrastructure. In addition, Lexcorp includes many sub-companies that make home electronic equipment, appliances and the like.