These experiments cause civic disturbances.

List of 1-Series experiments
Tropes for any of these experiments can be found in either the "General" folder back on the main Experiments page or in the folders below this list. 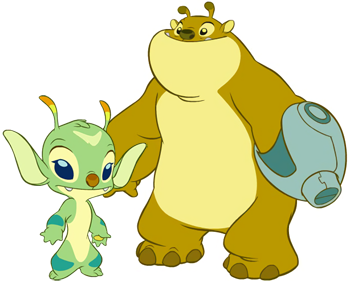 An experiment duo who are designed to steal things. Bonnie is a small, female, green koala-like experiment with a (supposedly) cunning mind, while Clyde is a large, male, yellow-brown bear-like experiment with a cybernetic left arm. They are the only rehabilitated experiments who were convicted criminals; their "one true place" was in the Kokaua Town Prison, though they were paroled in "Snafu". 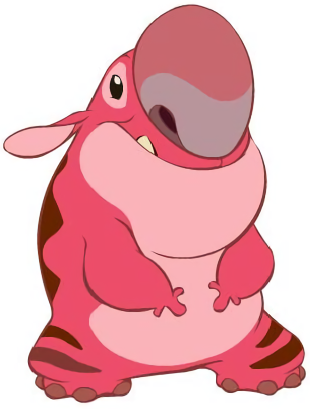 A reddish wombat/pig-like experiment who is designed to snoop out and reveal people's most embarrassing secrets, though it's usually useless gossip. He was given to Gantu at the end of his episode, but escapes in "Woops".