The first ninety-nine experiments are Jumba's test batch, which includes many household helpers.

Although Cyber (X-000) is technically not part of this series—since he predates Jumba's numbering scheme and isn't seen in Leroy & Stitch's experiments list—he is placed on this page for the sake of convenience.

List of 0-Series experiments
Tropes for any of these experiments can be found in either the "General" folder back on the main Experiments page or in the folders below this list. 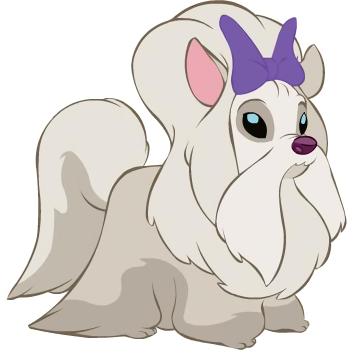 A white Shih-Tzu-like experiment who is designed to annoy people with her constant barking, but otherwise behaves like a typical "good dog". She was adopted by Mertle Edmonds (who didn't even know she adopted an alien) as "Gigi". Lilo nicknamed the experiment "Yapper", hence the title of the experiment's debut episode, but Leroy & Stitch listed the experiment by the name Mertle gave her. Obviously, her "one true place" is being Mertle's pet "dog". 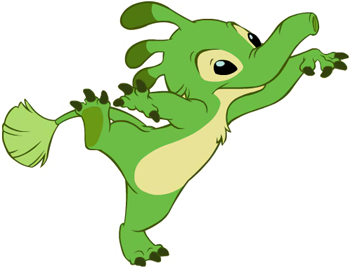 A green anteater/elephant-like experiment who is designed to be an effective cleaner, although he is a bit too obsessed with cleanliness. He was reprogrammed to take care of this issue, but it made him obsessed with dirtiness, with Lilo calling him an "Oscar" in this dirt-loving programming. He was given to Gantu at the end of his episode, but was later rescued in "Snafu".