The character page for Lighter Than Heir. Be warned that because many characters are more than they appear, spoilers abound. 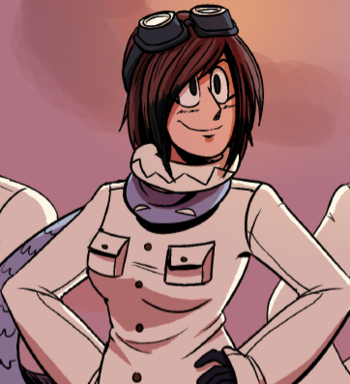 "What happens today will determine where my future lies!"

Self centered and conceited, Zeppelin's the story's protagonist who wants to claim her father's title as her country's greatest hero. Be afraid. 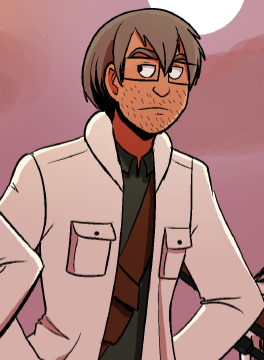 Cold and introverted, Hertz is one of Zeppelin's "comrades" she first meets in boot camp, who surprisingly hates her already. What's his problem? 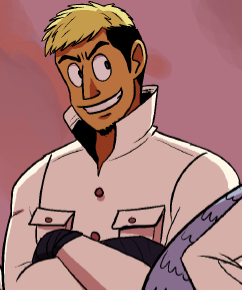 "You can't just hold someone up with just any pistol! You gotta ensure it has the best shot!"

Without a proper family or home, Roth is a slick talking con-man who figured joining the military would be an improvement over a life on the streets. 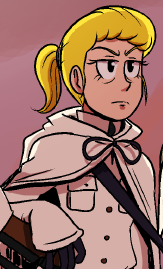 "Now, it's been a while but we talked on the bus! Ria Klein? I was the model!"

Originally a fashion model, Klein's been molded into quite a fine soldier, while still retaining her sweet and caring attitude. 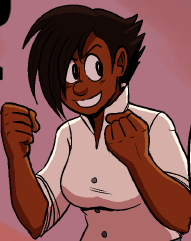 "Oh my gosh! So flippin' stellar!"

A rabid fangirl and lover for all things stellar, Fleischer mostly joined the military to be around her idol, Zeppelin. Hopefully she has her own special talents. 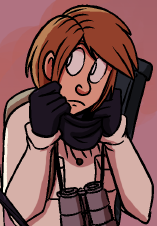 "We got really close, but you can't live on happiness alone."

Schultz is a former actor, and since joining the military, has become a nervous wreck. He joined the military to provide for him and his girlfriend. At least, that what she was before he ran off without consulting her first.

Gus Eisenhauer
Kinda awkward and out of place, Eisenhauer only joined the military for the "pretty clothes." 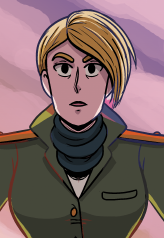 "Steinbech will not falter in the face of this unwarranted aggression. Stand firm. Stand together. And we will prevail."

The general of Steinbech's armed forces, Eckstein is a no-nonsense woman devoted to the safety and security of her country. In her past she ran special ops with Hemmel Von Schultheiss. 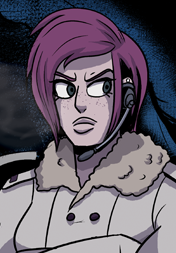 Prime Minister Rosario Medina
Leader of Zamora, and a visionary who's driven to both protect her country and see it restored to greatness.
Kurt Grunwald A.K.A. Kurt Bosque
An artist who joined the Steinbech military after his inheritance dried up. Quiet and nonexistant. "Kind of a lameass," according to Roth.
Vogel
A Zamoran civilian who got injured while visiting Steinbech. A Steiner Military Squad attempted to escort him home as a show of goodwill.
Marilyn Villalobos
Top researcher in Zamora's top-secret science division.