Top Index | Main Characters | EE | EMS | RMI | BPoHC | Other Official Works
This page is for characters mentioned in backstories, side stories, and other asides.
open/close all folders

For characters who appeared in the Vaporware Spiritual Predecessor to the Len'en Project, Emergency Everyday

Lapxus is a club of odd, unusual, or otherwise quirky people who work together to, as according to the club decree, "create things". Currently, a large amount of their members disappearing has become a large incident in the real world; their real situation being that they have been spirited away to a "2D world" for reasons unknown.

Otaku Beyond Human Intellect
Serintsu
"Hello?! A whole other world?! Can you say GIT HYPE?!"

An otaku who is friends with many members of Lapxus, to the point where he is treated as an honorary member. While already an extremely-extroverted oddball from the start, being inexplicably transported to another world as a result of their uncontrollable power to cross dimensions may exacerbate problems further. 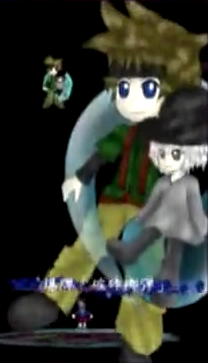 Common tropes between both characters:

Brave Vengeful Spirit
Shinkuu
"I went without food for just one day, and boom, I starved to death. 'm hungryyy."

A member of Lapxus who was transported to "the 2D world" alongside Serintsu, Big Boss, and Daijin. He's become ghost as a result of dying by way of starvation upon being spirited away, but seems fine otherwise. His ability is to have out-of-body experiences.

Strong-Willed Child of Man
Big Boss
"Why have you come to this world too, though? Nobody ever asked for more 2D boys, yanno."

A member of Lapxus who was transported to "the 2D world" alongside Serintsu, Shinkuu, and Daijin. His ability is to become undetectable whenever he hides under a cardboard box. 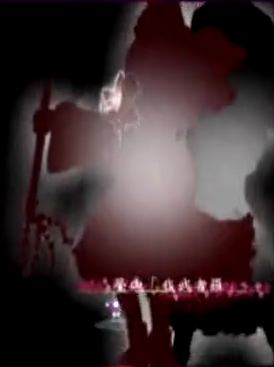 A pair of bickering people who are seemingly lost trying to find... whatever it is they're trying to find. They are totally not supposed to be Reimu Hakurei and Marisa Kirisame.
Daijin 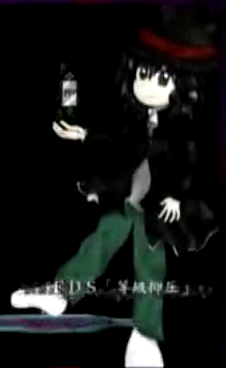 A member of Lapxus who was transported to "the 2D world" alongside Serintsu, Big Boss, and Shinkuu... or so you'd think; in reality, the person who appears as Daijin is actually an impostor who is going around and fighting the members of Lapxus as a means of testing their abilities. Their ability allows them to have fun while playing video games.

For characters who exist in the canon of the Len'en Project, but have not made full appearances in any of the games.
Rei 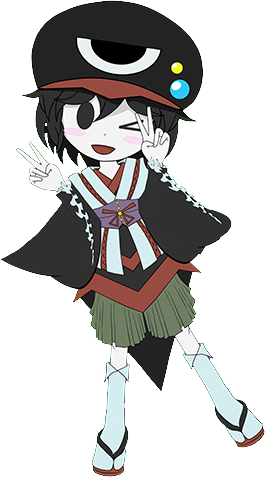 Vtuber Android
Rei
"Full-body movement is a huge workload for me, so we'll only be showing our heads from here on out!"

Full model name "Monochroid[Rei] = _Type_iX01[Tsubakura];", Rei is a virtual android that resembles Tsubakura, and who is designated as the "goodwill ambassador" of Mugenri, despite having never even seen Mugenri previously. It's currently unknown as to who created them. They are also considered a member of Trick Nostalgie alongside Len'en Project creator JynX.
Zelo 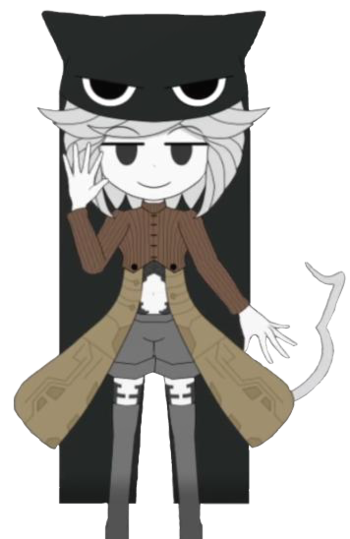 Super Android's Friend
Zelo
"Don't talk about behind the scenes information too much."

Full model name "Monochroid[Zelo] = _Type_iX02[Yabusame];", Zelo is a virtual android that resembles Yabusame, created by Rei as a means of having a friend to work with. Like Rei, Zelo helps to show off developmental updates for the Len'en Project. They are also considered a member of Trick Nostalgie alongside Len'en Project creator JynX.
Hoojiro Shitodo and Hal (spoilers) 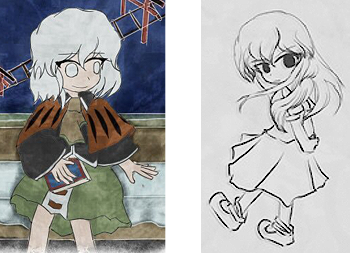 Two mysterious characters who Rei brought to the attention of the Len'en Project's fanbase on Twitter during the series' fifth Milestone Celebration. According to the available details, these two characters used to work with Tsubakura in the past as lab partners, before Tsubakura was spirited away to Mugenri, and are currently on a "dimensional tour" of sorts.

After mass speculation, Hal and Hoojiro were officially confirmed to be two characters that predate the existence of all other Len'en Project characters; Their first appearance came from a one-off music video created by JynX

a year prior to the development of Evanescent Existence, detailing the characters' travels on a trans-dimensional limited express train called "The Wings of Magritte".

When questioned about their existence during an interview after the release of Brilliant Pagoda or Haze Castle, JynX specified that their identities and motives were "a secret to be revealed at a later time". Further details shown in the stories included in A World That Isn't Fantasy mention that they both are trying to figure out the whereabouts of Tsubakura and their spirited-away friends, amongst other things.

Common tropes between both characters: 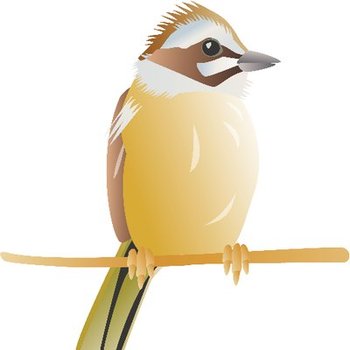 Hoojiro Shitodo
Is her spirit of intellectual inquiry awakening? Or is she just gathering information for the sake of the investigation as she has no other choice?

One of Tsubakura's old lab partners from the Outside World, and the oldest of the Shitodo siblings. She is also a member of the group, the "Fillers of the Ivory Cup", who are a philosophical coalition according to Hal. 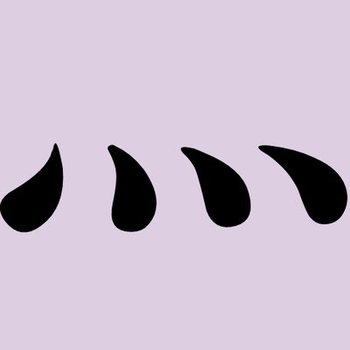 Hal
"Yes, I get it, you’re not scientists, you’re philosophers."

One of Tsubakura's old lab partners from the Outside World.