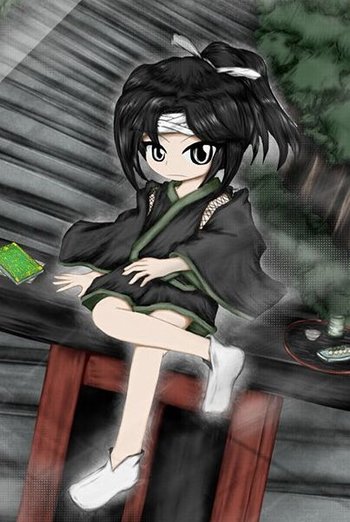 Jinbei
"It doesn't matter if you had it down the first time, this is how it's traditionally done!"

A shikigami who serves at the Senri shrine and gives the protagonists missions in order to resolve incidents.

A rain youkai who is a known swindler. They make it rain in order to sell their umbrellas, but they are not related to the incident in any way. 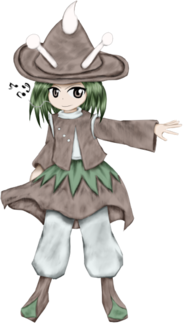 Walking Lubricant
Shou Amanomori
"So it's you! You're the one who was really mean to Jun!"

A slug-youkai with the ability to induce rain, which they do so by staying close to rain youkai. They fight against the heroes in order to avenge their friend Jun and get defeated. 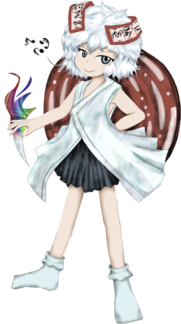 Unconcerned Converging Sunlight
Lumen Celeritas
"Don't call me an idiot before I even appear! Only idiots like roasted eel, after all!"

A sunlight youkai. Because cloudy weather is problematic for them, they go to search for the culprit, but bumps into the heroes, who quickly defeat them. 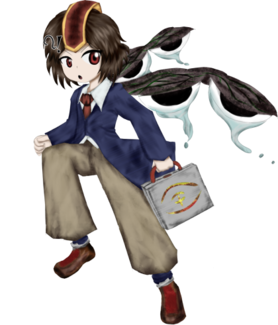 Cheerful Debt Collecter
Hibaru Kokutenshi
"If you're in need of money, you can turn to our financing company for help!"

A skylark youkai who works in a financing company in Mugenri called "Gappori". 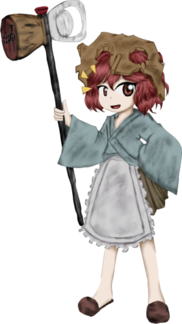 Pure and Genius Haniwa
Sukune Katano
"Y'noticed a somethin' good, nyo! This is one o' my best creations, gyuu~♪"

A haniwa youkai who is a famous craftsman. They can mold anything into a particular shape. Because of this, they become Yaorochi’s pawn during the events of Earthen Miraculous Sword. 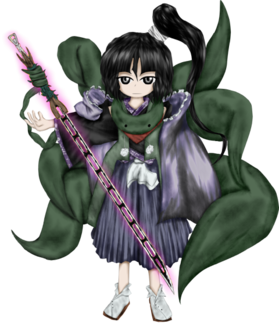 A youkai born from Yamata no Orochi's severed arm that has an obsession with the Tasouken sword (also known as the Sword of Kusanagi) and has searched it for centuries, until they finally found it. Their goal in Earthen Miraculous Sword is to restore the Tasouken into its former glory, causing the incident.

They're serious and short-tempered and is always ready to slash anyone who annoys them. Despite that, they have an Odd Friendship with the laid-back Sukune. 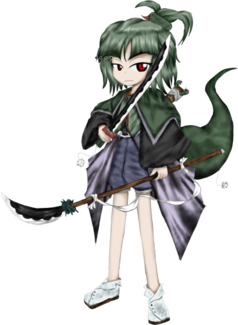 Final Eye
Adagumo no Saragimaru
"Those who dare to interfer with Yaorochi-sama's happiness, I'll never forgive them..."

A youkai born from Yamata no Orochi's severed eye and Yaorochi's younger sibling. Straightforward and honest, Saragimaru is devoted to secretly protect Yaorochi, who ignores them because of their fixation with the Tasouken. They are the one who indirectly provoked the incident in Earthen Miraculous Sword, by asking Sukune to create a clay replica of the Tasouken. Since Reactivate Majestical Imperial, Saragimaru works as Kuroji's unwilling servant.