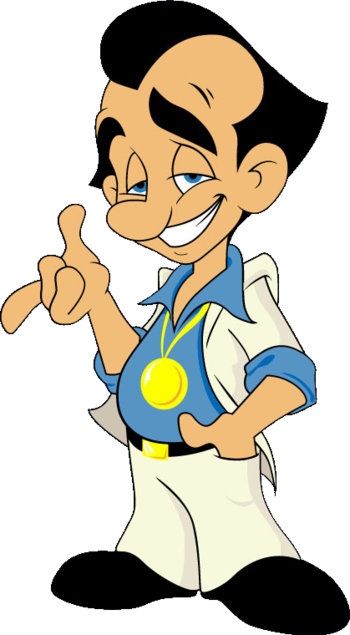 Click here for his appearance as of Wet Dreams Don't Dry 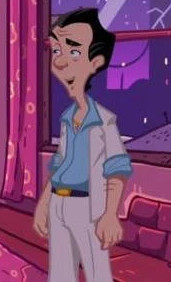 The lovable protagonist of the series. 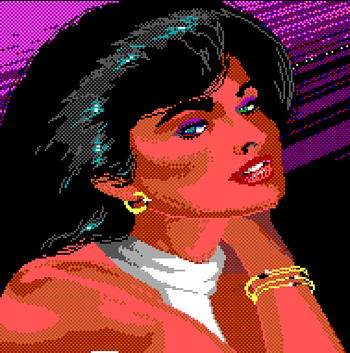 A love interest for Larry in games 3 and 5. She also served as a second playable character in these games after the man himself. Also appeared in spinoffs.

Larry's main love interest of the Crazy Bunch games, she's the cold and bossy secretary of BJ, and agrees to date Larry only if he manages to score 90 points on Timber.

The Narrator for all the games, but given voice for Shape Up or Slip Out, Love For Sail, and Reloaded. He is absent in Wet Dreams Don't Dry though.

In the Land of the Lounge Lizards 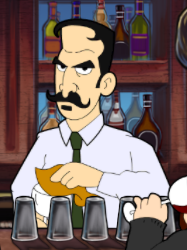 The diligent bartender and the owner of Lefty's Bar.

A pimp working in the back room of Lefty's Bar. 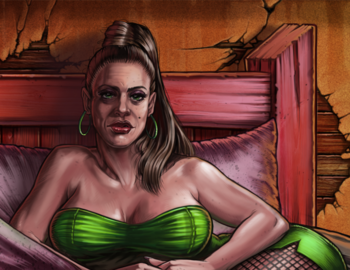 An unnamed woman working on the second floor of Lefty's Bar and perhaps the only optional sexual encounter in any Larry game. 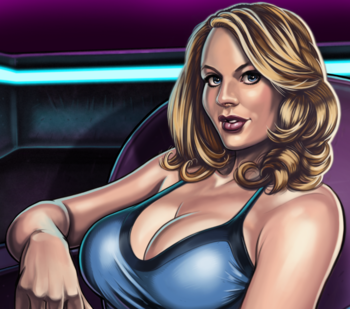 A girl located in the disco club. Highly materialistic and low on morals.

A woman only present in Reloaded, Larry founds her swimming at the basement pool of Caesar's Phallus.

Lost Wage's casino/hotel security officer. Larry needs to bed... or at least distract her, in order to access the penthouse.

A girl taking a bath in the penthouse's jacuzzi.
Looking for Love (in Several Wrong Places)

The evil ruler of Nontoonyt Island.

The daughter of Nontoonyt Island's chief, she and Larry get married at the end of the game.
Passionate Patti in Pursuit of the Pulsating Pectorals 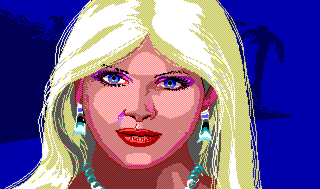 A blonde tourist sunbathing at the beach. 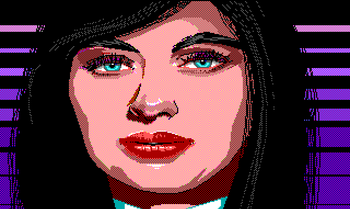 An attorney who's part of the law firm Dewey, Cheatem and Howe.

An aerobics teacher at Fat City (a gym in Nontoonyt), when Larry meets her she's wanting to film a tape for worlwide distribution.

The dancer and main act at Nontoonyt Island's casino. She would like to have a house on the island.

Half of Nontoonyt Island's "Chip n' Dale's", he's a rugged strip dancer who befriends Patti.
Shape Up or Slip Out! 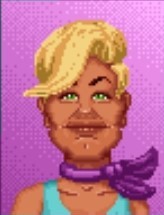 The towel attendant located in the resort's spa lobby.

La Costa Lotta's recepcionist. She came there in order to attend their lyposuction machine treatment.

The singer at La Costa Lotta's blues lounge; she's actually a country singer, just playing there until her big gig.

A La Costa Lotta's client who's relaxing in one of their mud baths when Larry meets her. 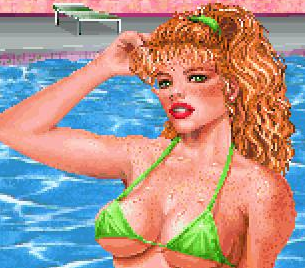 From Shape Up or Slip Out. A redhead who is addicted to bungee jumping. 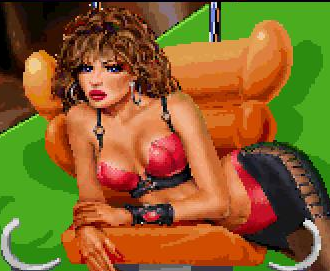 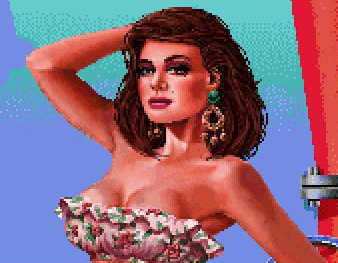 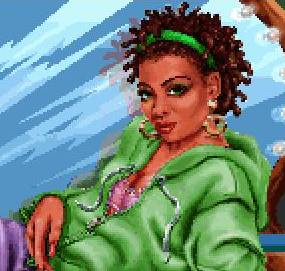 Hangs out in the La Costa Lotta's Make Up Class. Loves shopping and wants a dress. 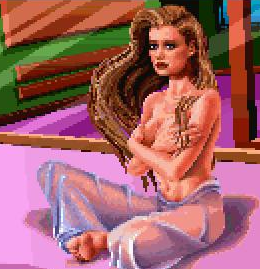 Shamara has come to La Costa Lotta to do some soul searching. 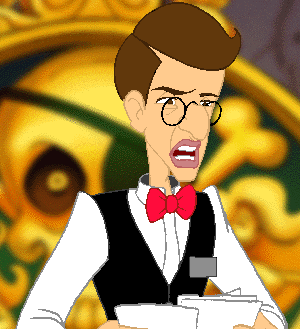 The ship's head guard. No one gets in the pool on his watch without proper swimwear. Unfortunately for Larry, he didn't bring his own.

The ship's librarian. Very prudish and uptight, but give her something steamy to read and she really lets loose.

A mother and daughter country duo. The Juggs are on the PMS Bouncy to lay low after an "incident" at one of their concerts. 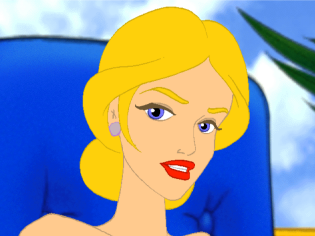 Author of the book Fokker: More Than Just an Airplane. Spends most of her time lounging by the ship's pool dressed in nothing but her laptop. 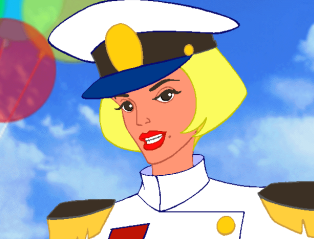 The captain of the PMS Bouncy. Whoever wins her contest spends the rest of the cruise in her cabin. 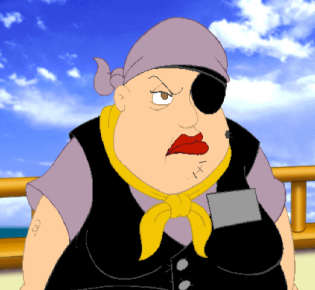 The ship's foul-mouthed peg-legged pirate-ish handywoman. Seems to know quite a lot about the other employees on the ship. 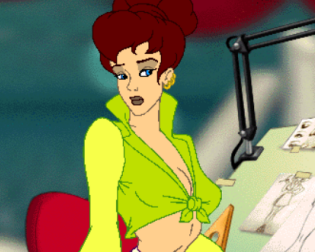 A fashion designer who is struggling to come up with a new line after her previous one was stolen by a rival designer. Can Larry prove to her that the leisure suit is still the cutting edge of fashion?

A smartphone addict Larry meets in Lefty's bar in the 21st century.

A cultured and refined girl who really wants to be a stripper and is trying to get a starting on the net.

Guitarrist of a metal band whose gig risks to fail because of a series of accidents.

One of the first contacts Larry can get, Dick is a gay man who finds Larry genuinely charming. Later Larry helps him making peace with his ex.

Becky's boyfriend and a macho gym customer who has something to hide in his blatant display of virility.

A curvaceous but dead-serious lawyer of New Lost Wages, she has a bone to pick with Bill Jobs.