Characters / Legend of the Three Caballeros

In General
The trio of heroes who fight to save the day.
Advertisement:
Donald Duck 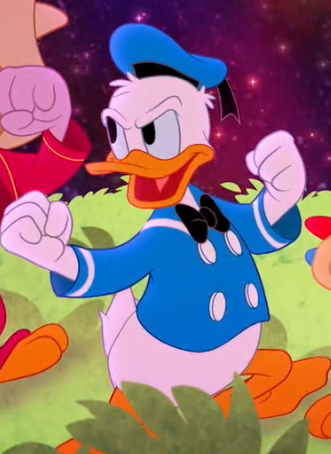 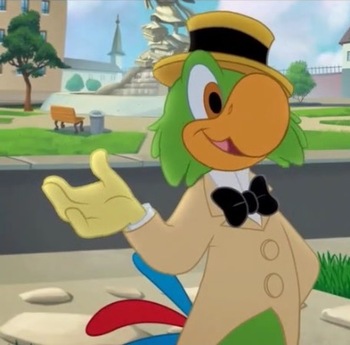 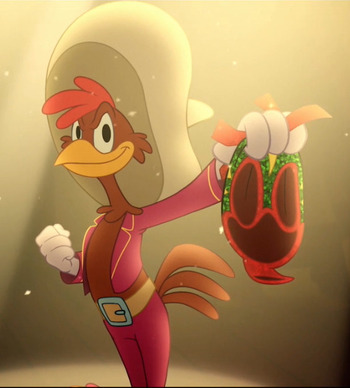 The Goddess of Adventure. She was trapped in a magical book for centuries.

April, May, and June 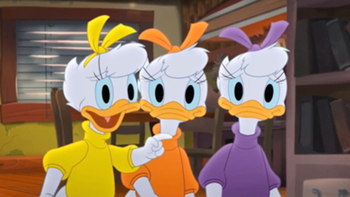 Daisy's nieces, whom Donald calls to help with his garage sale. They end up being sucked in the adventure as well. 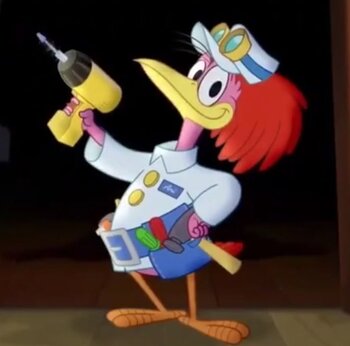 The caretaker of the cabana. 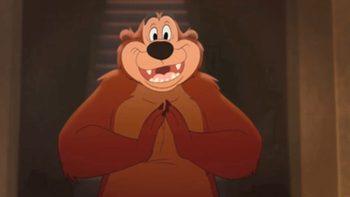 A bear rug who is brought back to life, closely based on Humphrey the Bear from the classic cartoons. 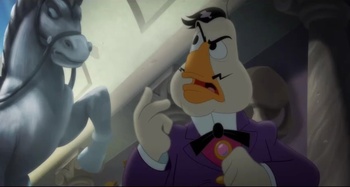 Donald's snooty neighbor who later discovers he is the descendant of a powerful sorcerer.

"Ever wonder how I became the president of the New Quackmore Institute?"
Lord Felldrake 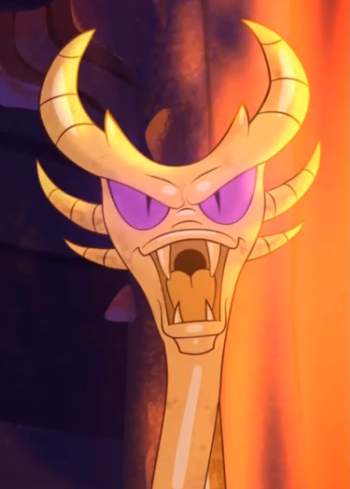 An evil sorcerer who is trapped in a staff. 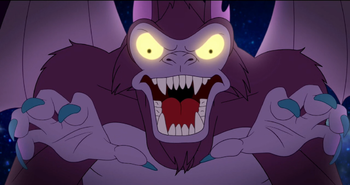 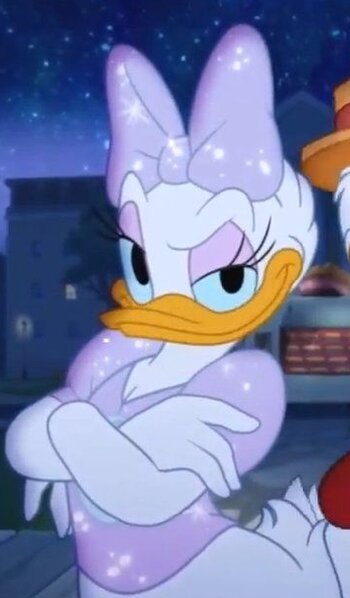 Donald's on again, off again girlfriend. 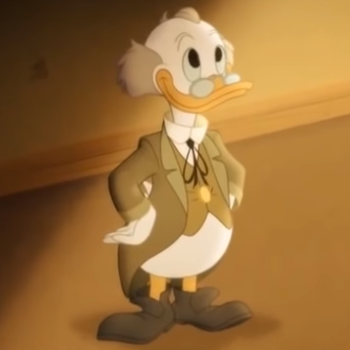 Donald's great-grandfather and descendant of Don Dugo, one of the original Three Caballeros. 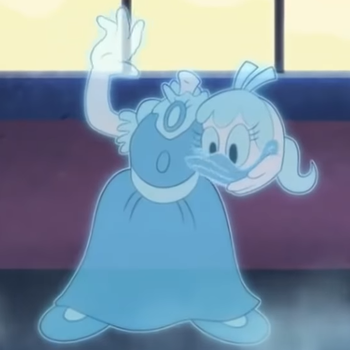 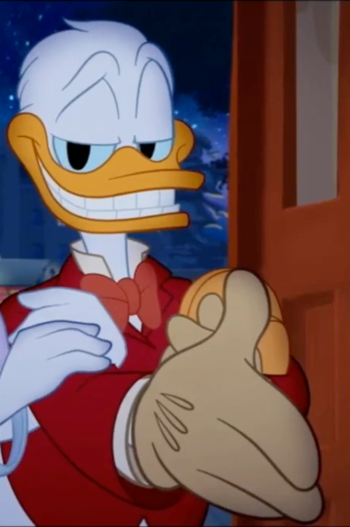 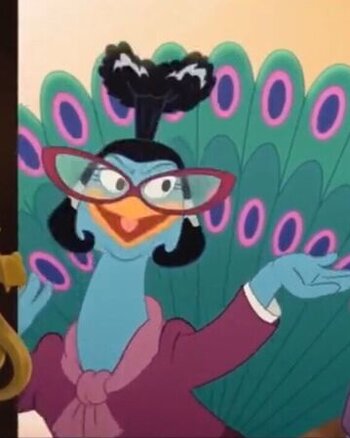 The vice-president of the New Quackmore Institute who has a desire to become its president. 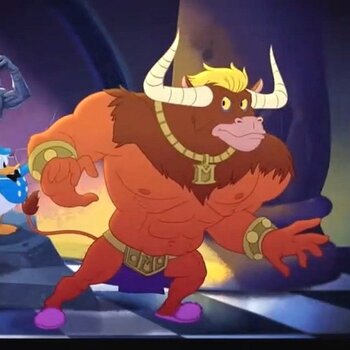 A Minotaur whom the Caballeros face at the beginning of their training. 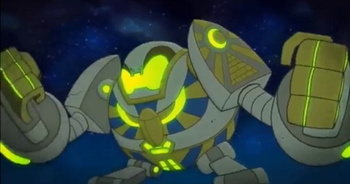 A race of green-skinned creatures that were banished in an alternate dimension contained in Stonehenge. They are worthless without a king, but power-hungry with one.

The kindest of the goblins.

Goblin War Machine
A huge wolf-like construct made by the goblins to be the ultimate weapon.
Presidential Ghosts
Voiced by: Dan Bakkerdahl (George Washington), David Kaye (Thomas Jefferson), Kevin Michael Richardson (Abraham Lincoln), Eric Bauza (Theodore Roosevelt)
The ghosts of the presidents of Mount Rushmore who reside inside the mountain. They are the keepers of the Spark of Life.
Nazca Creatures
Voiced by Eric Bauza (Mono), Grey Griffin (Hanzy), Dee Bradley Baker (Clementine)

Creatures that live in the Nazca dimension, guarding the Gyroscope at the center of the Earth.

Gods of Life and Death
Voiced by: Eric Bauza (Death), Grey Griffin (Life)
Two gods that reside in the Temple of the Sun. Every now and then, they choose two mortals to fight a wrestling match for them.
Charon 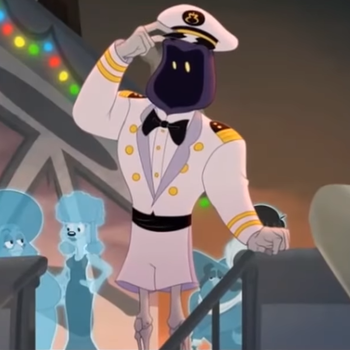 Voiced by: Jim Cummings
The ferryman of the underworld.
Sheldgoose's ancestors
Voiced by: Wayne Knight
Sheldgoose's ancestors. They were all rich, evil folk, similar to their descendant. All of them died in unfortunate ways.
King Arthur
Voiced by: John O'Hurley
The king of Camelot.
Knights of the Round Table
Voiced by: Eric Bauza (Lancelot), Matt Danner (Galahad), Grey Griffin (Kay), Jim Cummings (Bors the Younger)
The knights that make up King Arthur's court. Lancelot is a horse, Galahad is a frog, Kay is an ostrich and Bors is a dog.
Merlin
Voiced by: Eric Bauza
Arthur's wizard master.
Tyrone
Voiced by: Dee Bradley Baker
A massive dragon summoned by April, May, and June.
Yeti Massage Staff
Voiced by: David Kaye
A team of Himalayan yetis who run a magically-binding spa in Shangri-La.