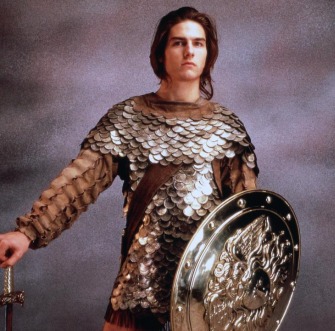 The knight in shining armor... and no pants.
Played by: Tom Cruise
"I'll always trust you, Lili."

An innocent, wild hermit boy who lives in the magical forest and befriends animals and fairies. He is smitten with Princess Lili and goes to rescue her with a band of fairies and elves from the Lord of Darkness' castle after he makes the mistake of showing her the unicorns, causing chaos in the realm. 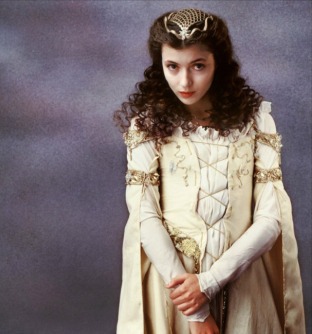 What beguiling innocence.
Played by: Mia Sara
"This place holds more magic for me than any palace in the world."
The Princess Classic who is in love with the wild boy she has met in the woods, Jack. Though she is innocent and kind, she disobeyed Jack's warning to not touch the unicorns, which leads to Darkness taking over the land and herself getting taken to the Lord of Darkness' lair, where he plans to make her his bride.
Advertisement:
The Lord of Darkness 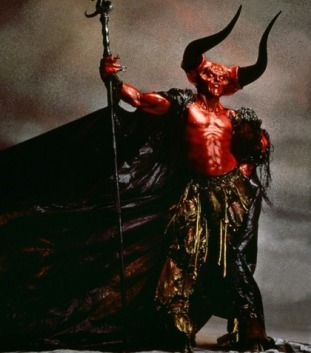 The Son of all Evil.
Played by: Tim Curry
"I am the Lord of Darkness. I require the solace of the shadows and the dark of the night. Sunshine is my destroyer. All this shall change. Tonight the sun sets forever. There shall never be another dawn."
The personification of darkness and son of Evil, the Lord of Darkness seeks to extinguish all light and warmth of the world by killing the last unicorns and rule the dark eternal winter that is left. He becomes smitten with Princess Lilli for her beauty and innocence and tries to woo her into becoming his Queen of Darkness.
Honeythorn Gump 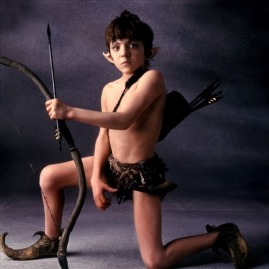 A mysterious, childlike elf full of wisdom who accompanies Jack on his quest to defeat the Lord of Darkness. 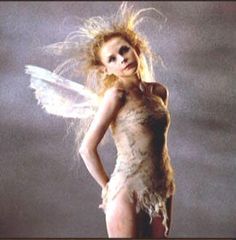 Played by: Annabelle Lanyon
A fairy girl who has a crush on Jack and helps him defeat Darkness.