League of Legends is set on the dynamic world of Runeterra, home to most of the playable characters and is the setting for the game's lore. To learn more about the various major and minor powers in Runeterra, read on. For additional lore, visit the game's ever-expanding lore site, Universe

, and its also ever-expanding Runeterra map

Major powers are organized from north to south. 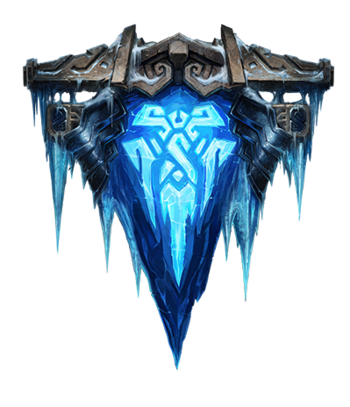 "The Freljord; a home to some, a grave to countless more. Lesser clans have scrambled for the right to rule this frozen land for millennia - all have failed. Now, finally three great leaders have emerged to rally the smaller tribes beneath their banners. The storms of war will cloud when their paths cross, but once this battle is over, the people will find just one tribe left, to rule the land."
— Lissandra

The Freljord is a harsh and unforgiving land, where demi-gods walk the earth and the people are born warriors. While there are many individual tribes, the three greatest are the Avarosans, the Winter’s Claw, and the Frostguard, each uniquely shaped by their will to survive. It is also the only place on Runeterra where True Ice can be found. 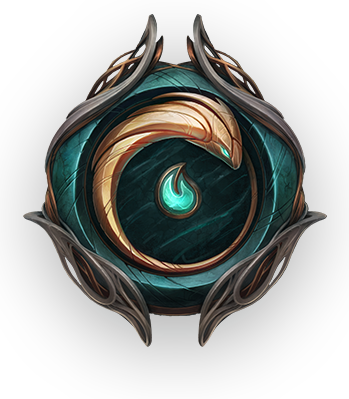 "Stories are not just history. They can be so much more. They nourish your mind and, if told well, can even fill your belly. Some tales are warnings, reaching across time. Others uplift our souls from the yoke of everyday burdens. We laugh at fools, cheer heroes, and curse villains until the fire burns down to embers. Our first rule: The facts may be important, but they aren't as vital as the telling, of speaking to who we are and why we live. Details might change and fade, but truth lives with us for all time. Stories are everywhere. We build them from what we see. Even the sky above whispers to us."

Known as the First Lands, Ionia is an island continent of natural beauty and magic. Its inhabitants, living in loosely collected provinces, are a spiritual people, seeking harmony with the world. They remained largely neutral until their land was invaded by Noxus — this brutal occupation forced Ionia to reassess its place in the world, and its future path remains undetermined. 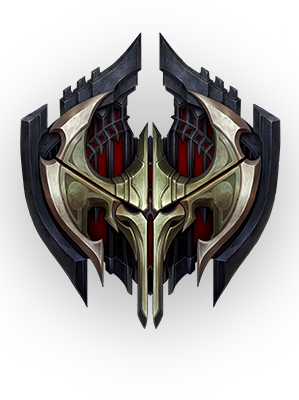 "A united Noxus could control the world - and would deserve to."
- Darius

Noxus is a brutal, expansionist empire, yet those who look beyond its warlike exterior will find an unusually inclusive society. Anyone can rise to a position of power and respect if they display the necessary aptitude, regardless of social standing, background, or wealth. Noxians value strength above all, though that strength can manifest in many different ways. 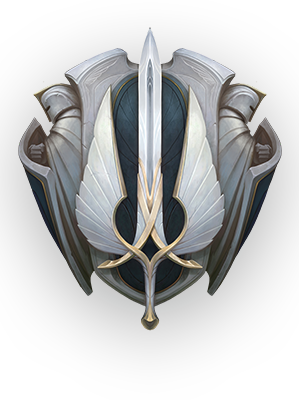 Demacia is a proud, lawful kingdom with a prestigious military history. Founded as a refuge from magic after the Rune Wars, some might suggest that the golden age of Demacia has passed, unless it proves able to adapt to a changing world. Self-sufficient and agrarian, its society is inherently defensive and insular, valuing justice, honor, and duty above all else. 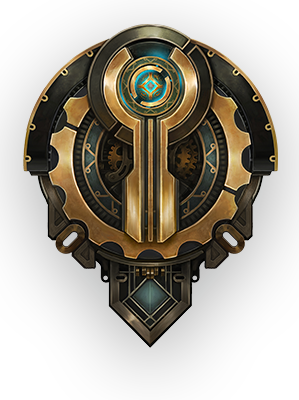 Piltover is a thriving, progressive city overlooking the ocean. Fleets of ships pass through its titanic sea-gates, bringing goods from all over the world. Merchant clans fund incredible endeavors, including artistic follies and architectural monuments to their individual power. With ever more inventors delving into hextech, Piltover has become the destination for the most skilled craftspeople from across Runeterra. 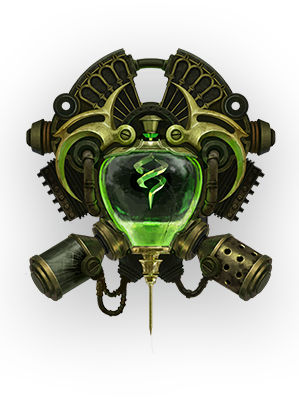 Zaun is a polluted undercity beneath Piltover — once united, they are now separate, symbiotic cultures. Stifled inventors often find their unorthodox research welcomed in Zaun, but reckless industry has rendered whole swathes of the city highly toxic. Even so, thanks to a thriving black market, chemtech, and mechanical augmentation, the people still find ways to prosper. 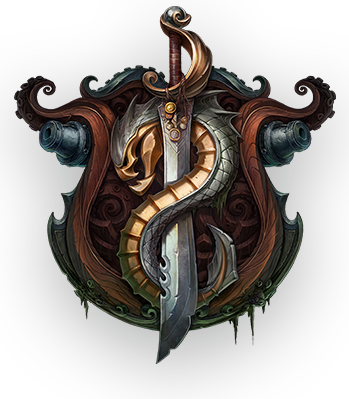 Bilgewater is a port city like no other—home to monster hunters, dock-gangs, indigenous peoples, and traders from across the known world. Almost anything can be purchased here, from outlawed hextech to the favor of local crime lords. There is no better place to seek fame and fortune, though death lurks in every alleyway, and the law is almost non-existent. 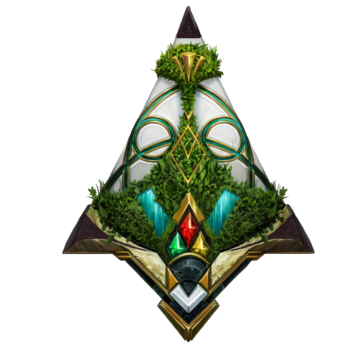 Secluded deep in the wilderness of eastern Shurima, the sophisticated arcology-city of Ixaocan remains mostly free of outside influence. Having witnessed from afar the ruination of the Blessed Isles, and the softening of Buhru culture, the Ixtali view the other factions of Runeterra as little more than upstarts and pretenders, and use their powerful elemental magic to keep any intruders at bay. 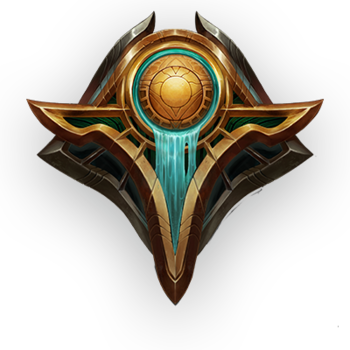 "A cloud of smoldering destruction hangs in the night sky. This is the Fall of Shurima.
The Ancients groped blindly in the darkness, threatening to unravel the very fabric of creation in their hubris. Noble Shurimans who Ascended found a loose thread in the universe’s tapestry, and pulled upon it. The vulgarity of their ambition consumed thousands of innocent lives and ended a golden age.
Such was the fate of mighty Shurima and of men who would become gods."
— Ionian storyteller

Shurima was once a thriving civilization that spanned the southern continent, left in ruins by the fall of its god-emperor. Over millennia, tales of its former glory became myth and ritual. Now, its nomadic inhabitants eke out a life in the deserts, or turn to mercenary work. Still, some dare to dream of a return to the old ways. 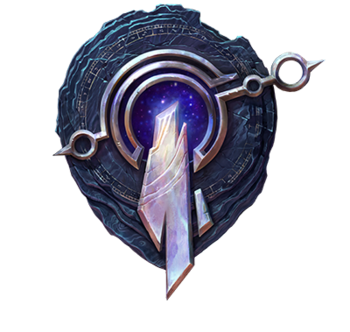 "Some brave souls attempt to scale the impossible mountain, perhaps seeking wisdom or enlightenment, perhaps chasing glory or some soul-deep yearning to see its summit. The dwellers at the peak’s base cheer as these brave souls begin their ascent, knowing the mountain will find the vast majority of them unworthy. And to be judged unworthy by Mount Targon is to die."

A mountainous and sparsely inhabited region to the west of Shurima, Targon boasts the tallest peak in Runeterra. Located far from civilization, Mount Targon is all but impossible to reach, save by the most determined pilgrims, chasing some soul-deep yearning to reach its summit. Those hardy few who survive the climb return haunted and empty, or changed beyond all recognition.

The Shadow Isles — Lands Shrouded by the Black Mist 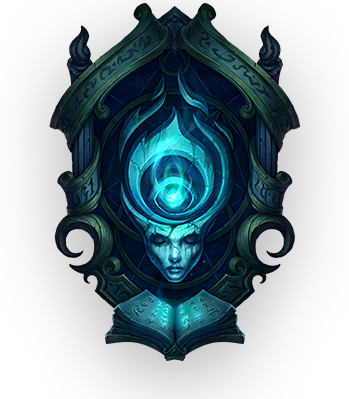 "Many are the grim tales told of the Shadow Isles, and the Black Mist that shrouds them... And while all good folk shun this cursed land, sometimes its darkness comes... FOR YOU. The Black Mist ebbs and flows like the tide, yet now and then, on a night much like tonight, it reaches far across the sea... Searching... Seeking... Killing... This time is known as... THE HARROWING. During the Harrowing, the spirits of the Shadow Isles go forth within the Black Mist. Preying on the living, feeding the darkness. There's no coming back once you're claimed by the Harrowing. You're cursed, condemned to haunt the Black Mist forevermore..."
— Anonymous Bilgewater puppetmaster

The Shadow Isles were once a beautiful realm, long since shattered by a magical cataclysm. Now, Black Mist permanently shrouds the land, tainting and corrupting with its malevolent sorcery. Those who perish within it are condemned to become part of it for all eternity… and worse still, each year the Mist extends its grasp to reap more souls across Runeterra.

Minor Powers and 'Outside' Factions 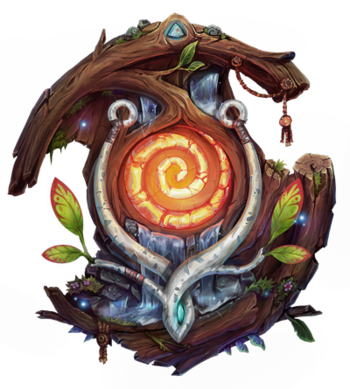 Opinions differ as to where exactly the land of the Yordles is to be found. Some maintain these fey creatures live far to the southeast, beyond a range of impassable mountains. Others claim the Yordles live under grassy green hills or deep in the hearts of impenetrable forests. Perhaps some of these tales are true or maybe none, for no expedition mounted to find the Yordle homeland has ever located it. Which is not to say that no one has visited the land of Yordles, for many claim to have travelled through unseen portals into a land of fey enchantment populated by diminutive creatures of mischief. In Bandle City every sensation is heightened for non-Yordles; colors are incredibly vivid, the food and drink intoxicates the senses for years and, once tasted, will never be forgotten. The sunlight is eternally golden, the waters crystal clear, and every harvest brings fruitful bounty. It is also a place of unfettered magic, where the incautious can be led astray by its myriad wonders and end up lost in a dream until they drop dead of hunger and thirst. Those who claim to have travelled to Bandle City speak of a timeless quality, which may explain why many such taletellers appear to have aged tremendously or, in fact, never return at all.

The Void — The Unknowable Nothingness 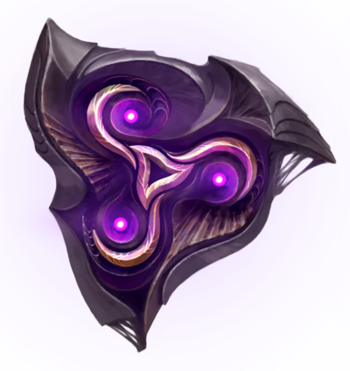 Screaming into existence with the birth of the universe, the Void is a manifestation of the unknowable nothingness that lies beyond. It is a force of insatiable hunger, waiting through the eons until its masters, the mysterious Watchers, mark the final time of undoing.

To be a mortal touched by this power is to suffer an agonizing glimpse of eternal unreality, enough to shatter even the strongest mind. Denizens of the Void realm itself are construct-creatures, often of only limited sentience, but built for a single purpose — to usher in total oblivion across Runeterra.

Although it's technically everywhere and nowhere, as alternate dimensions tend to be, The Void is strongly tied to Icathia. This city-state on the eastern coast of Shurima, in a last ditch effort to free itself from said empire's control, opened a portal to the void that is now known as "The Rupture". Void-born plague the caverns below Shurima's deserts to this day and "The Lost City of Icathia" is only spoken about in hushed whispers.

The Darkin
A race of sentient, corrupting weapons. Largely extinct, the remaining three are still a great danger to Runeterra.
Affiliated Champions: Aatrox, Rhaast (Kayn's scythe), Varus, Vladimirnote Was taught by and lived under a Darkin, currently resides in Noxus.
The Demons
Long-lived creatures of darkness who prey on the unsuspecting and feed off their suffering. They tend to adopt a variety of forms to further manipulate others to their doom.
Affiliated Champions: Evelynn, Fiddlesticks, Nocturne, Tahm Kench, Swainnote Replaced his left arm with that of a demon he defeated in the Immortal Bastion, named Raum, Yonenote Powered by an unnamed azakana.
The Vastaya
Chimeric beings resembling humans with animal features originating from Ionia, but currently found in many places across Runeterra. The Vastaya have a very rocky relationship with humans, and the disruption of magic caused by them has stunted their birthrates.
Affiliated Champions: Rakan, Xayah, Ahri, Wukong, Nami, Rengar, Neeko, Settnote He's half-Vastaya.