The cast of Le Donjon de Naheulbeuk and the tropes related to them.

open/close all folders
The Guild
"An unstoppable guild is about to invest the most dangerous maze in all the Land of Fangh."

It doesn't actually have a name, although the Dwarf insist on calling it "La compagnie des fiers de hache", a pun on "axe blade" (fer de hache) and "proud" (fier). So, "The proud axe blade company".

A Ranger with a steely gaze.
"If nobody has a lighter, that's it: I'm done!"

A ruthless Ogre
Ogre: Gnolo!
Enchantress: He said "fuck you".

An agile and clever Elf.
"I would like sandals to match my green skirt."

A perceptive Thief
"One of us should stand guard at the exit of the dungeon."

A typical Dwarf.
"Damn! We'll not waste the night on a fucking door!!" 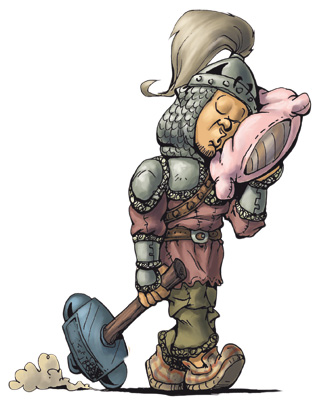 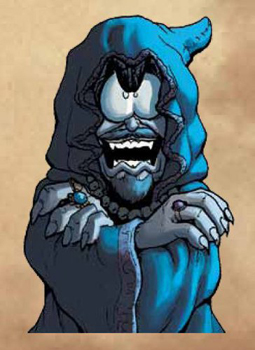 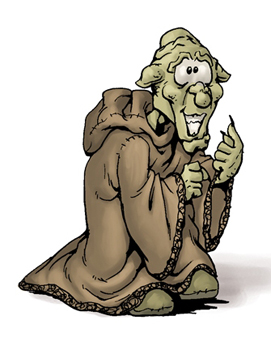