The Classmates and Fiends of Last Year and their tropes.

As A Whole
In the Steam release, all upgrades have been removed but you can customize your weapons with various skins.

"I'm really good with my hands. And skip the dumb jokes, please." 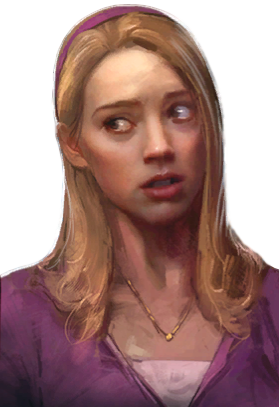 Overachiever. Prom Queen. Mean Girl.
Amber is East Side High's breakout star and she knows it. Her grades are as winning as her million-dollar smile and her social engineering skills and acerbic wit have kept her at the top of the food chain since freshman year. She's smart, savvy, and can move from bubbly to cutting in a flash. Amber is not about to let a few serial murderers get in the way of her college applications, so when she enters the Nightmare, it's with a ferocity and a drive that is a surprise to the group — and perhaps to her.
Chad Taylor

"Mess with the Chad, you get the horns!" 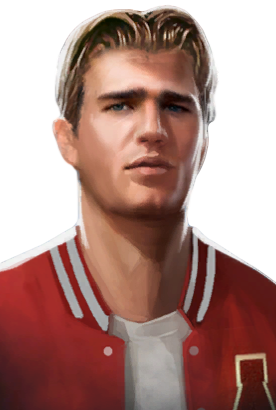 Quarterback. Prom King. D Student.
Chad is the quintessential popular kid, a jock whose good looks and success on the football field excuse his academic delinquency. Though he might seem like the type, he's far from a bully, always sure to stand up for his team and lend his considerable strength to the cause — of kicking ass. Loud, confident and occasionally overbearing, Chad doesn't know what it feels like to lose. For him, the Nightmare is just another challenge.
Nick Howard 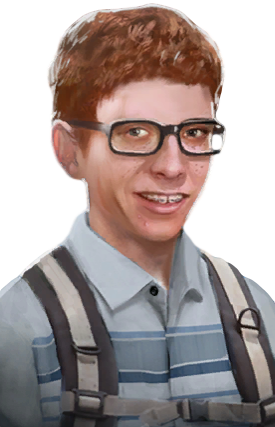 Nerd. Scientist. Renaissance Man.
Nick is a proud nerd, entirely comfortable with himself and his archetype. Though fashion-impaired and frequently the target of school bullies, Nick sees everything as "classic" high school, and manages to carry himself with confidence and an innate charm. Nick realizes that the Nightmare might be supernatural, but there's a certain logic to it, a fascinating temporal loop that must surely possess some underlying science. This is his chance to "boldly go", and as terrifying as the killers might be, he's going to take it.
Raj Singh 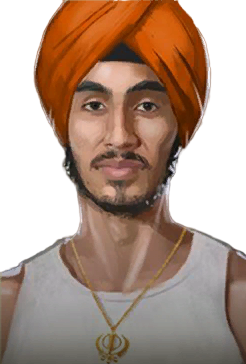 Team Player. Hype Man. Natural Leader.
Raj comes from a big family, plays on a basketball team, and has a ton of friends, which made it all the more challenging when he was dropped into The Nightmare and found himself far from his classmates, forced to survive alone. His time in isolation forced him to rely on his unfailing positivity, something he now brings to his teammates as they make their way through this frightening world. But beneath his hype man persona, Raj is afraid: what if, this time, working together won't be enough?
Samantha Bennett

"Let's stick together this time." 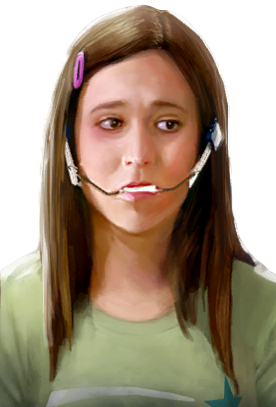 Outcast. Geek. Invisible.
Sam can't seem to catch a break. A meek and mild-mannered girl, her efforts to be cool (or even noticed) are constantly undone, and the reason she never gets bullied is the bullies don't seem to know she exists. Sam strives to break free of her loserdom and become a cool kid at last... but for now it's mostly online penpals, orthopaedic shoes and her pet bunny, Sprinkles. Sam's arrival in the Nightmare feels like an inevitability: of course she's going to be chased by crazed killers in an alternate dimension, just like she'll be the one who gets caught in a lawn sprinkler on picture day.

"Leaving you behind isn't part of the plan." 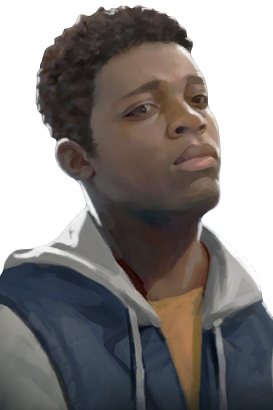 Cool Kid. Strategist. Genre Savvy.
Troy's family moved from New York City to Forest Hills when he was four years old. While he has little memory of his former home, he's happy to take the cred it affords him in the sleepy suburbs. Charismatic and trustworthy, Troy's used to having people to look up to him, but being the sharpest guy in the room can mean more responsibility than he's happy to take on. Troy's seen a lot of horror movies, so when he arrives in the Nightmare, he doesn't love his odds. But in the midst of terror, it's up to him to lead the team, devise escape strategies, and get everyone out alive.

As A Whole
The Strangler 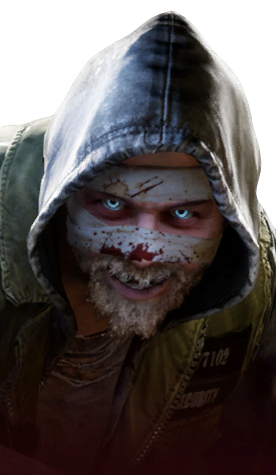 ...
A twitching, snickering Fiend, The Strangler is possessed of a supernatural madness that has reduced him to something not quite human. Whatever dark desire drives him to choke the life from his victims, wrap them up in chains, is of little import; what matters is a broken mind and twisted morals make his every move impossible to predict. One imagines that even the other Fiends might find his presence... disconcerting.
The Slasher 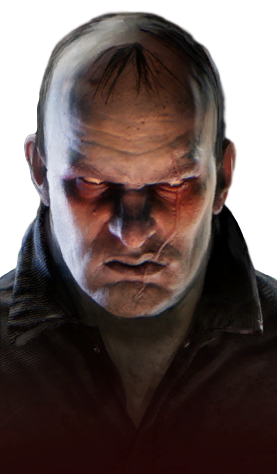 ...
A classic villain, the Slasher is every bit as intense as the horror genre that bears his name. Armed with a blood-stained axe, and a tireless thirst for violence, the Slasher will stop at nothing to bury his blade in a terrified victim. But more than deadly, the Slasher possesses a keen intellect and the patience to lie in wait and toy with his targets. Potential victims must be on their guard at all times, lest they be caught unaware. 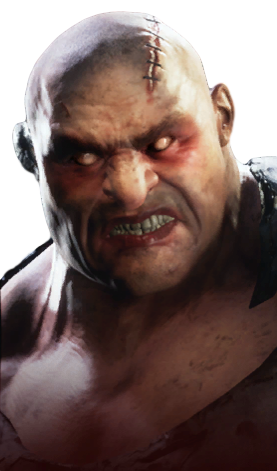 ...
A massive and wildly powerful brute, The Giant is a deadly combination of muscle and malice. To fight him without weapons is folly: he must be outsmarted, cornered, and battled as a team if he is ever going to be taken down. His classic outfit suggests he's an escaped convict, leaving one to wonder what unspeakable acts of destruction lands someone in jail within the already horrific confines of The Nightmare.
The Spider 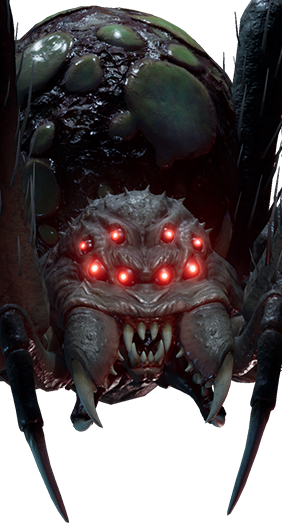 ...
A manifestation of arachnophobia itself, the Spider is the first Fiend without a shred of humanity, fueled only by a savage hunger for flesh and a mind wired for predation. The eight-legged menace stalks the halls of East High and beyond, relentlessly seeking her quarry and spreading venom to poison the students she intends to make her meal.

She's the first Fiend to be added after the game's initial launch with Chapter 1: Afterdark.

He's the second Fiend to be added after the game's initial launch with Chapter 2: Resurrection.