This is a list of some of the characters from the 2003 GONZO series Last Exile, as well as its 2011 bridge manga Travelers from the Hourglass/Sunadokei no Tabibito.

With the arrival of its sequel Last Exile: Fam, the Silver Wing, many of the previously-spoilered entries have been made visible, so for those still going through the series, proceed with caution. 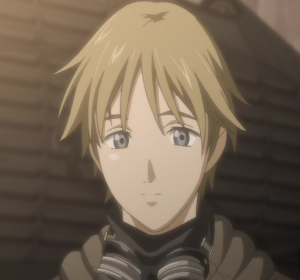 A simple (if skilled) vanship pilot and message courier, Claus has a big dream for someone his age: to be able to cross the Grand Stream using just his vanship. However after accepting a delivery from another dying courier, he and his close friend Lavie are soon drawn into the middle of a conflict that might determine the fate of his homeworld. 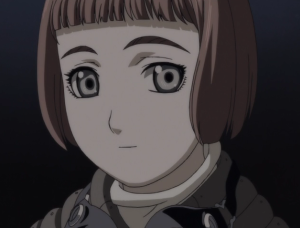 Claus' friend since childhood, Lavie is both the navigator of their vanship as well as its mechanic. Very brusque and blunt, Lavie is a tomboy through and through, but she's more sensitive than she first seems. She shares in Claus' dream to cross the Grand Stream just using their vanship. 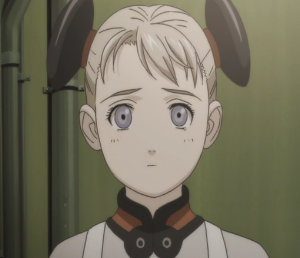 A quiet little girl with pale blue eyes, Alvis is Claus and Lavie's first major 'delivery', and the main reason why the two friends are drawn into the conflict between Anatoray and the Guild. As a scion of House Hamilton, she is the key to activating the Exile, which both Anatoray and the Guild seek to control. 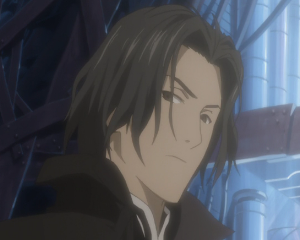 The dark and brooding captain of the Silvana, Alex Rowe is focused on the utter destruction of the Guild's current Maestro, Delphine Eralcea, for reasons only known to himself. Although he ostensibly serves Anatoray, he is given much more leeway and is considered a dangerous rogue by the rest of the Anatoray military. 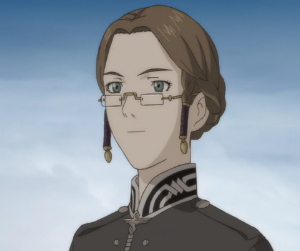 Alex's loyal second-in-command, she has known him since apparently military academy. She is also the heir to the throne of Anatoray. 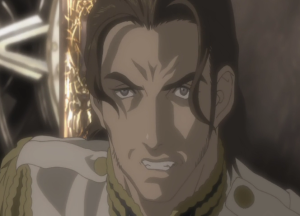 An old friend of both Alex and Sophia, Vincent is the captain of the Anatoray battleship Urbanus. More straight-laced than Alex, Vincent is nevertheless a very competent (and dangerous) skyship captain. 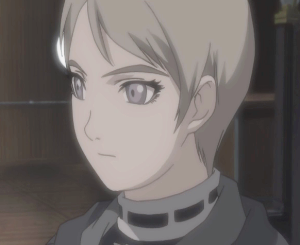 Leader of the Silvana's vanship corps, and nicknamed 'Princess' by its gaggle of hangar mechanics, Tatiana is humorless and all-business, which tends to rub people the wrong way. She starts to lighten up later in the series however, after crashing with Claus and spending a few days thinking the Sylvana has been sunk. She pilots a modified red vanship with her friend and navigator Alister. 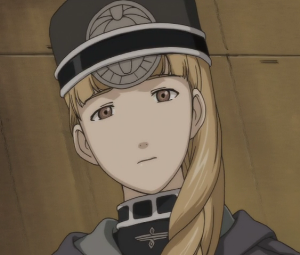 Tatiana's classmate from the military academy, as well as her current navigator. She is more understanding of Tatiana's cold attitude, but there are limits to even what she can take. 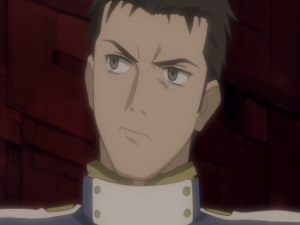 A soldier serving in Duke Mad-Thane's fleet, Mullin helps Claus and Lavie in their initial delivery to the Duke. A survivor of twenty fleet battles, this simple fact gives him the right to choose which ship he wants to be reassigned next. Another chance encounter with Lavie robs him of the chance to even do so, though it does land him a spot on the Silvana, where he eventually becomes part of its corps of mechanics. Mullin still experiences some nostalgia for his time as a line musketman.

The Silvana's sonar officer, Wina's extremely sensitive hearing functions as one of Alex's key secret weapons, giving him superior intelligence on the location and intentions of his enemies. Her unique abilities prove key to locating Exile in the Grand Stream, and her hearing is so sensitive she can even identify Alex's voice aboard Dephine's flagship during the final battle. In the end, though she lies to her Empress, telling her that Alex's last word was "Sophia" instead of "Euris"

Second Officer aboard the Silvana, Campbell is brave and loyal enough to belay Alex's orders to fire on Delphine's Guild ship as it hovers over Sophia's coronation ceremony, knowing that it would endanger the Empress and everyone else below. Rather than stand by Campbell risks Alex's wrath by ordering the gun crews to stand down 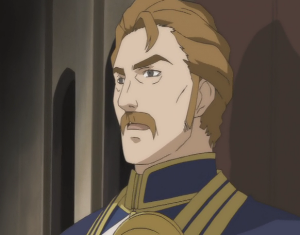 Commander of one of Anatoray's fleets, Duke Mad-Thane is the recipient of the message Claus and Lavie delivers at the start of the series. He initially embodies the Chivalric traditions of Anatoray, which includes among other things giving quarter to defeated enemies and not retreating even when tactically expedient. He eventually gets over the latter though, and goes on to lead the Anatoray segment of the Alliance fleet against the Guild. 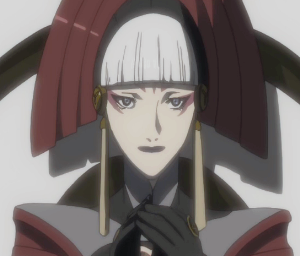 Current leader of the Guild, and main antagonist of the series, Delphine is as ruthless as she is coldly beautiful. She doesn't particularly care about the troubles of the people of Prester, and looks upon their struggles with grim amusement. She seeks control of the Exile, and will do anything to acquire the means to do so. 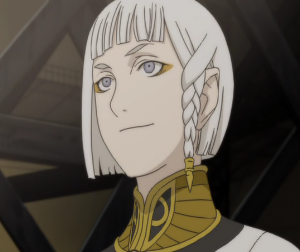 Whimsical and unpredictable, Dio is a Guild pilot who takes an interest on Claus during the initial chase for Alvis. He later reappears as one of Claus' competitors during the Horizon Cave endurance race, eventually following him back to the Silvana, where he sticks around from that point on. He is also the younger brother of the Guild's leader Delphine, and as such a possible successor to her rule. 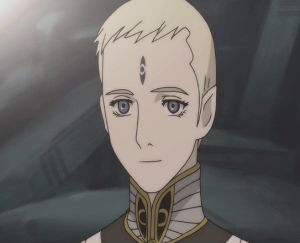 Dio's companion and bodyguard, Lucciola accompanies Dio wherever he goes, even aboard the Silvana. 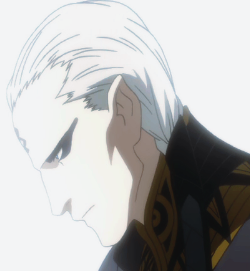 Delphine's loyal servant, Cicada serves in virtually the same capacity as Lucciola to Dio. Fitting, as he is Lucciola's older brother. 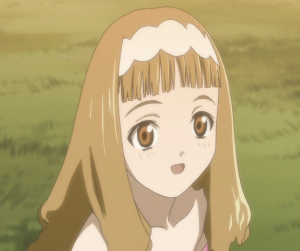 Duke Mad-Thane's only daughter. At the beginning of the series she asks Claus and Lavie to deliver a personal message to her father, which influences his decision during that particular encounter. She and her mother later convert their mansion in Norkia into a field hospital once Anatoray and Disith join forces against the Guild. 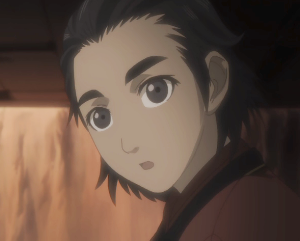 A young female musket soldier from Disith, she becomes part of one of the many Anatoray and Disith squads tasked in retaking the Alliance fleet's Claudia units from their Guild Handlers.

Owner of the massive sky dock the Walker Palace. Walker runs a casino that happily serves both the Anatore soldiers and the Silvana crew during their time off. He has a longstanding friendship with Alex.

Characters introduced in Traveler's from the Hourglass 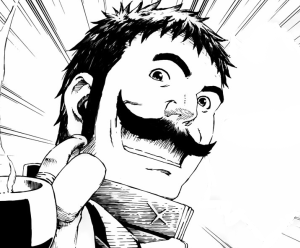 Tatiana's overbearing uncle, who sneaked in secretly on the Exile instead of overseeing an administrative post in old Anatoray. Bombastic and prone to grand overreactions, Hendrick is mostly concerned with rebuilding the family fortune, and seems to see his over-achieving niece as a way to do this... by marrying her off to a family of high standing. Which obviously Tatiana doesn't care much for, but that doesn't stop him from trying. 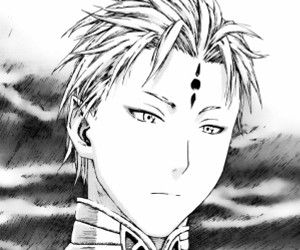 A member of the Guild, Uroctea is the first member of the native Chapter that the characters encounter upon their return to Earth. The supervisor of the Guild stronghold, he is willing to use force when necessary to fulfill his organization's objectives. 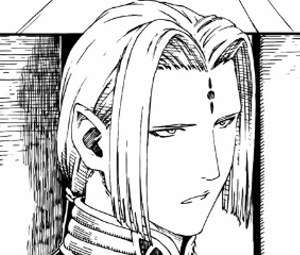 Aranea is a Guildsman, and is Uroctea's older brother. His position in the local Guild chapter is as-yet unknown, but given Uroctea's position it is likely an important one as well.