This is the characters page for La Caravana. 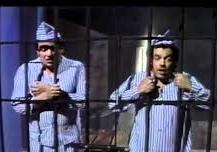 The gay prisoner (left) and the straight prisoner (right)
A couple of two prisoners jailed in a cell who talk between them random stuff. One of them is implied to be gay for the other one, but his ''romantic' advances always fails. Both are played by Victor Trujillo (the gay one) and Ausencio Cruz (the straight one) 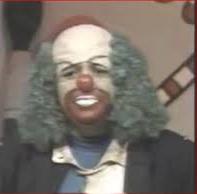 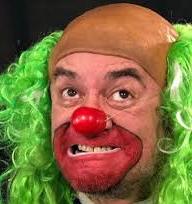 Brozo (circa 2019)
A foul-mouthed, butt-ugly and grouchy clown who love to tell Mexican versions of Classic tales or animated series and later, when Victor Trujiilo switched to Televisa becomes a news anchor with a very acid twist about the actual news. Played by Victor Trujillo. 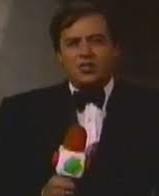 The host and showman from La Pirinola sketch, a man who it's implied to make sure Margarito never wins a single game. Played by Victor Trujillo

The human persofication of Epic Fail.
A low-class, poor and boorish stereotypical dude, who seems to be the only contestant in La Pirinola, and always being condemned to lose, no matter how he tries to win. Played by Ausencio Cruz 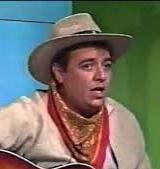 A Mexican ranchero singer who loves to sing extremly scathing songs about any kind of controversial topic, and he always changes the last offensive stanza with a clean one at the last second. Played by Victor Trujillo 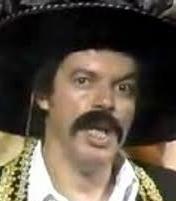 An over-the-top, stereotypical charro, who loves to presume his manliness towards everybody... except towards his mommy, who is sacred for him. Played by Ausencio Cruz.