The LOONAVERSE is the storyline depicted in the content created by the girl group LOONA, with characters both based on the real-life members, and members chosen to best fit the group and character they represent. The storyline is presented in pieces and in Anachronic Order with a focus on a lot of complex Speculative Fiction tropes on top of references to fine arts, fairy tales, film, the Bible, and even documentaries, so speculation is rampant on what everything might mean. To avoid conflicting information, this page only lists canon information and material that can be gleaned from music videos, teasers, their descriptions, and extra material (such as yyxy's "one" and Cinema Theory videos).

This page is strictly for the LOONAVERSE depictions of the girls only, and not the group members in real life. Troping real-life people is expressly prohibited on the site, but it is acknowledged that the characters take some cues from the girls that play them. 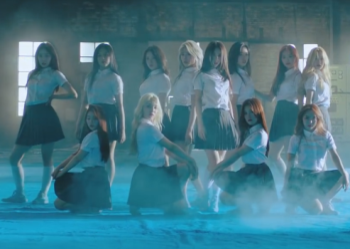 Twelve girls from three different worlds on the Mobius strip. Though they each have their own personal goals, hidden connections, and mysteries, all of them are destined to unite with one another to form their full moon, realizing their true potential. But come their completion, it quickly becomes evident that the reaches of LOONA's story goes far beyond the twelve girls themselves...
LOONA as a whole
LOONA 1/ 3 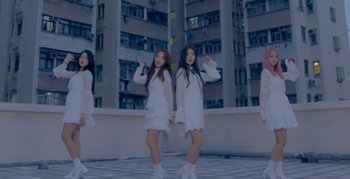 LOONA 1/3 is a group that resides in the familiar Earth, and aptly comprises regular girls living a normal life... until an android comes along and the youngest in the group gets lost in a great forest. Once their mundane life is disturbed, there's no going back, and LOONA begins to form in earnest.

The unit is unique in that, rather than as a unit, each of the girls had their individual solo promotions and/or music videos shot in different countries, and each of these locations represents them and their aspects of "Earth" in the LOONAVERSE.

Though YeoJin is included in this folder and is described to represent the slash in the name of LOONA 1/3, she herself isn't a part of the subunit when it comes to their discography and performances, being LOONA's unique "solo unit". 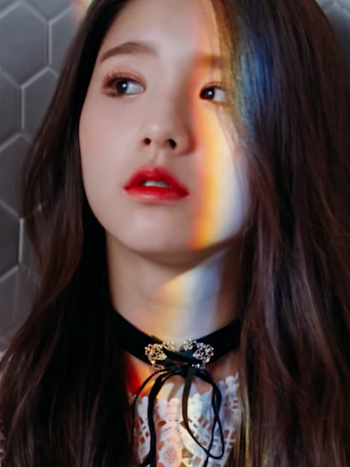 Good morning, I wish for a new day each day I wake up

A (seemingly) regular girl, and HyunJin's best friend from school. The story begins with her wish for a more vibrant life, and she, alongside the listeners, watches as LOONA completes itself. 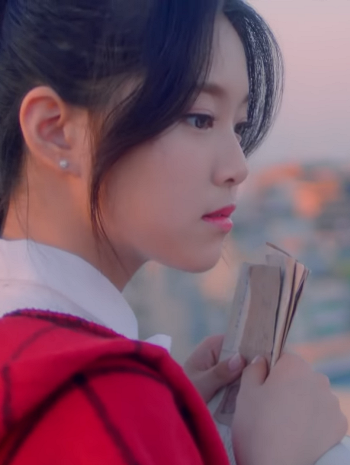 I just leave again without a word

HeeJin's best friend from school, and seemingly just as normal as she is, though there are hints there and there that HyunJin is more entangled in the LOONAVERSE's hidden workings than her quiet demeanor lets on. 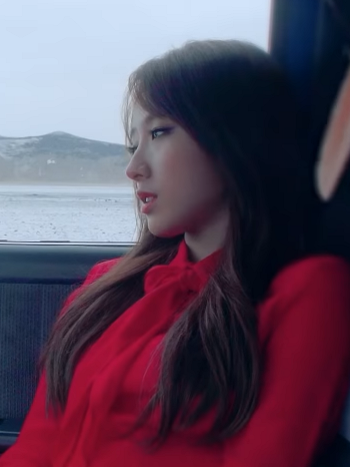 The moon rises, I eventually become you

The leader of LOONA 1/3. She has something of a mother figure-like role in the group, and doesn't let the boundaries between dimensions stop her from all looking after the rest of the girls. 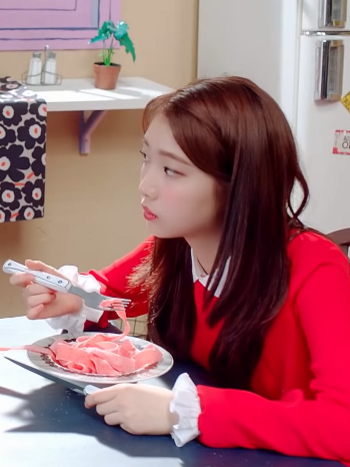 I'm not like one of those characters in a romantic movie, but I'm not just a little child either

1/3's boundlessly energetic youngest member. Soon after her introduction, she becomes lost in a forest somewhere in the LOONAVERSE, leaving it up to the other girls to find her so that LOONA can be completed. 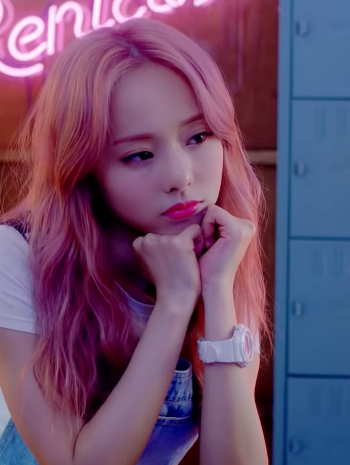 Just thinking of you like a fool, the day passes again

A mysterious newcomer from Hong Kong. Though she first arrives in the storyline as an android who has a hard time fitting in, she soon becomes human in time for the group's completion. Among 1/3, however, she has the strongest ties to the other subunits, though it's unknown how much this factors into her time as an android, if at all.
ODD EYE CIRCLE 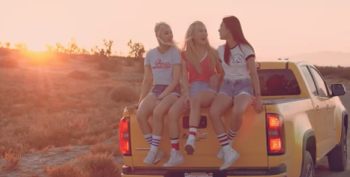 A group of three girls with the unique power of the Odd Eye, which manifests as a glowing crescent in their iris and gives them the power to pass the boundaries between dimensions. As such, they are described as being between the worlds of 1/3 and yyxy. Kim Lip assembled the trio to be able to stand at the forefront of the world and combat a threat that has yet to reveal itself.

In addition to their main image colors, which are more closely relevant to their characters than those of the other members, JinSoul and Choerry have a secondary grayscale color representing them. (Popular speculation has also listed the trio with their own unique superpowers based on "Girl Front", however these have never been confirmed.) 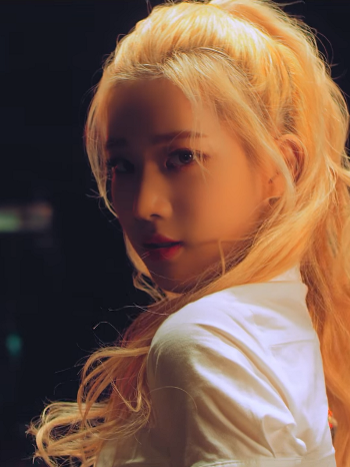 I'll let myself bloom in your heart

The first member of ODD EYE CIRCLE. Not much is known about Kim Lip other than her status as the trio's leader, but her arrival in the storyline signaled the reveal of the LOONAVERSE's greater scope, and she herself seems privy to their world's stranger workings. 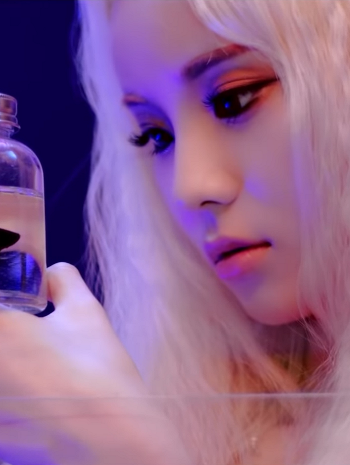 Guilty of swallowing the sun in the afternoon, I'm right here, heated up

A very... independent member of Kim Lip's team. Though JinSoul has neither Kim Lip's leadership status or Choerry's unique powers, her actions are integral to tying the girls together, and her deeper connections to the others are one of the story's bigger mysteries. 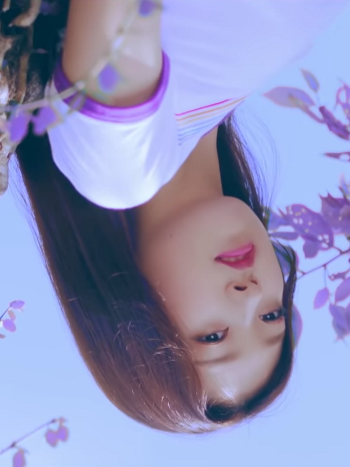 Love cherry magic, dreaming with you of paradise

ODD EYE CIRCLE's youngest but most powerful member. Though all three in the team possess the Odd Eye that allows them to interact with other worlds, Choerry, formerly a normal girl, seemingly has the ability to traverse worlds with a greater degree of freedom than the other two, and there are clues that her powers don't end there.

Choerry is also unique among OEC in that she also has a thematic fruit to herself, not unlike the members of yyxy, though rather than an awakening to her true self, more focus is placed on the cherry being what awakens her powers. 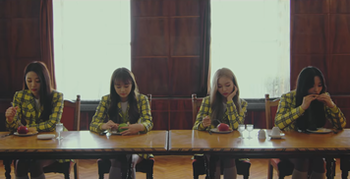 youth youth by young (shortened to yyxy, with the "x" pronounced like the "by" in the name) is composed of a group of 4 girls from a place known as "Eden", reminiscent of the perfection of the biblical garden and lying beyond the familiar Earth of 1/3. As nice as paradise seems, however, these girls are united by their abandonment of these comforts in favor of seeking their true identities.

The members of yyxy each have a thematic fruit that represents their personal Eden narrative's "forbidden fruit". The "one" video also gives them representative emotions that fuel their desires to leave their utopia behind, while also expressing that somehow, yyxy is made up of four identities, but only one girl. The name "yyxy" refers to what Blockberry calls "Neanthropic chromosomes", representing a new type of human being.

Their thematic location is Hungary, the filming site of "love4eva". 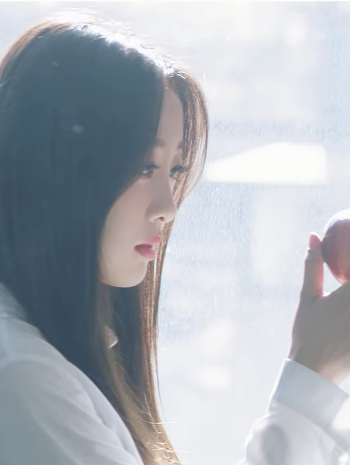 A girl seeking to leave the confines of Eden, dissatisfied with its perfection. While her rebellious streak and curiosity over what lies beyond wins over Chuu and Go Won, Yves herself is a major player in the chain of events that lead up to LOONA's completion. 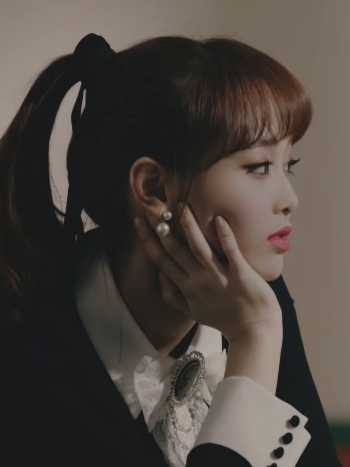 Eventually I fall into you, you attack my heart

Another girl from Eden. Chuu is a bubbly, expressive young girl whose crush on Yves leads her to be the first to follow her example in abandoning Eden, but even beyond, Chuu continues to stay by Yves's side. 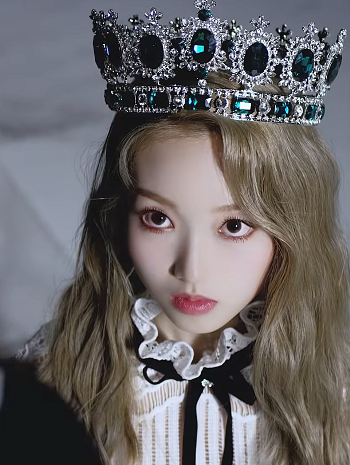 The only person that can shine a light in my heart is me, one & only

yyxy's resident princess (but not really). Though Go Won is the picture of Edenistic regality, she enters the story unsure of herself and what she can be. Through Yves's leadership she undergoes a literal transformation into her true self and abandons Eden with her and Chuu, but she seems to be the only of the realize that something is still amiss... 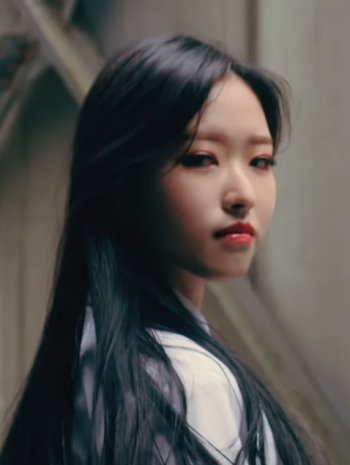 The final member of LOONA, an outcast among the rebel girls in Eden. While Yves was convincing Chuu and Go Won to leave Eden, their changing perception toward home distanced them from Olivia, who chose the order of Eden over their freedom. Left alone, Olivia is burdened with the resulting negativity and undergoes a transformation of her own.