Brother of Lyonette and Ganelon. He was sent to La Serenissima to wed a Serenissiman lady of the Stregazza some decades ago and had two children with her, Marie-Celeste and Therese.
Rolande de la Courcel

Crown prince or dauphin to the throne of Terre d'Ange in Phèdre's trilogy and father of Ysandre. He was killed during the Battle of the Three Princes twenty or so years before the main action of Dart. He and Delaunay were lovers.
Ysandre de la Courcel

"Steel beneath a fragile bloom."

Queen of Terre d'Ange, daughter of Prince Rolande de la Courcel and Isabel L'Envers. Both of her parents die when she is very young, and she inherits the throne after her grandfather's death. She has to deal with numerous plots to overthrow her (mostly orchestrated by Melisande) and family members who want to take her place. Ysandre is a lot tougher than she appears, which frequently causes people to underestimate her. She marries Drustan mab Necthana, the Cruarch of Alba, and they have two daughters, Sidonie and Alais. 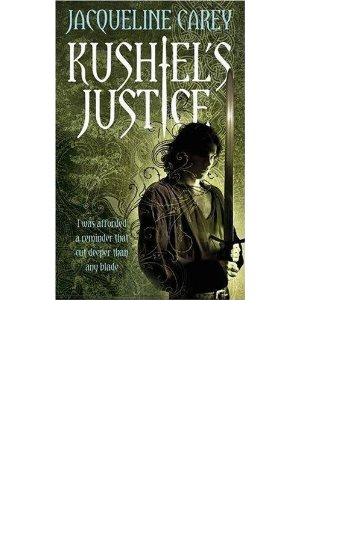 The hero and narrator of the second trilogy. Son of Prince Benedicte de la Courcel and Melisande Shahrizai, the realm's most infamous traitors. Imriel spends his childhood innocent and unaware of his parentage until he is kidnapped by slave traders and sold to the Mahrkagir. He suffers all sorts of horrific abuse until he is rescued by Phèdre and Joscelin, who take him back to Terre d'Ange and adopt him into their household. Imriel's trilogy focuses on his struggles to accept his own nature, his attempts to find a place for himself, and his forbidden romance with Sidonie de la Courcel, Ysandre's daughter and heir. 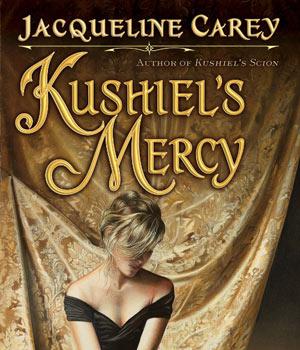 Daughter of Queen Ysandre and Drustan mab Necthana, Dauphine of Terre d'Ange. Sidonie first appears to be very haughty and unlikable. However, she gradually becomes more likable and less haughty as Imriel starts to fall for her. Once they are no longer able to hold back their feelings for each other, she and Imriel begin a relationship. Together they struggle to win her parents' approval.

though in the end she does end his life together with Imriel.
Alais de la Courcel

Younger daughter of Queen Ysandre and Drustan mab Necthana. Alais and Imriel become close as children and remain so as they get older. She feels more of a connection to her Alban heritage than her D'Angeline heritage. At the end of series, she announces that she wants to stay in Alba and become an ollamh.

The king of Terre d'Ange at the beginning of Moirin's trilogy and a descendant of both Imriel and Sidonie de la Courcel from the previous trilogy.
Thierry de la Courcel

Son of Daniel de la Courcel and his first wife; he is the Dauphin to the throne of Terre d'Ange during Moirin's trilogy.
Desiree de la Courcel

The daughter of Jehanne and King Daniel.