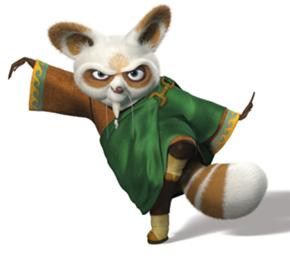 “Well done, students—if you were trying to disappoint me."

An old Red Panda, he is the kung fu teacher and master of Po and the Furious Five, and deuteragonist of the first film. He originally refuses to accept Po as the Dragon Warrior until the young panda proves himself. He is the protege of Master Oogway, and has succeeded him as spiritual leader of the Valley of Peace in the wake of his death. 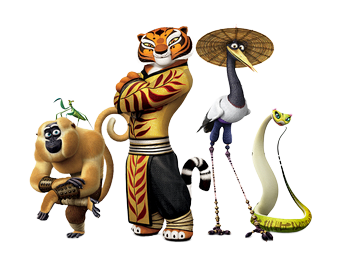 From left to right: Monkey (with Mantis on his head), Tigress, Crane, Viper

The most famous and skilled kung fu masters in all of China, students of the Jade Palace and Po's personal idols. 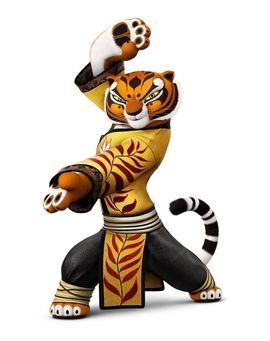 "I used to punch the ironwood trees by the palace to train. Now I feel nothing."

The strongest and boldest of the Furious Five, and tertiary protagonist of the first film (deuteragonist of the sequel). She initially resents Po for being chosen as the Dragon Warrior over her, believing herself to be more worthy, but has since mellowed out considerably and is now one of his most loyal friends. 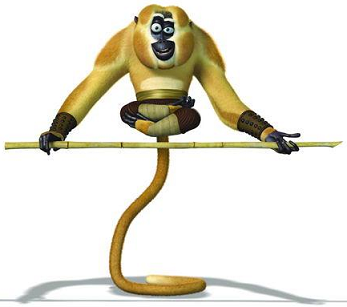 The prankster of the Furious Five. He's very approachable, fairly street smart, and has a good sense of humor. 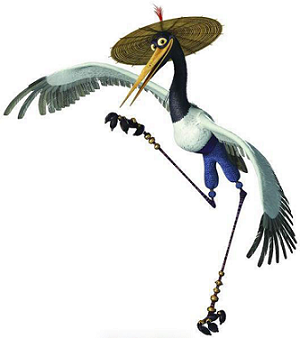 "You can chain my body, but you will never chain my warrior spirit!"

The most patient of the Furious Five, he acts as the group's moderator and tries to avoid conflict when necessary. 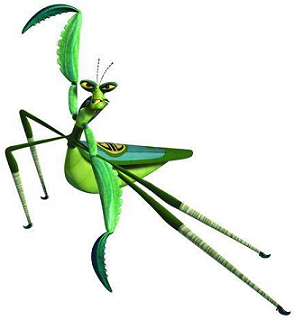 The smallest of the Furious Five, but still just as strong as any other kung fu master. He is also a skilled acupuncturist.

One of the sweeter members of the Furious Five. She makes up for her lack of venom with her elegant dexterity and precision. 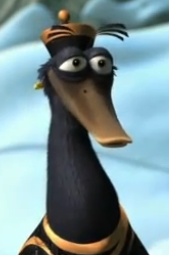 Shifu's timid messenger goose. Bears witness to Tai Lung's escape when he attempts to warn the patrols to step up their security. 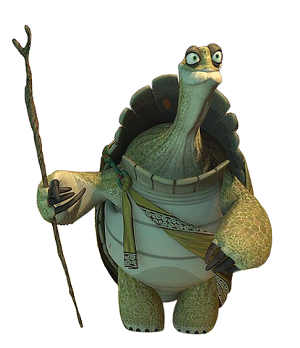 "You are too concerned with what was and what will be. There's a saying: Yesterday is history, tomorrow is a mystery, but today is a gift. That is why it is called the present."

Voiced by:
Randall Duk Kim (most of the franchise)
Piotr Michael (Kung Fu Panda: The Paws of Destiny)

An ancient tortoise from the Galapagos Islands and creator of kung fu. He is Shifu's mentor, and was the one who chose Po to become the Dragon Warrior. He has ascended to the heavens, leaving Shifu in his place as leader of the Jade Palace.