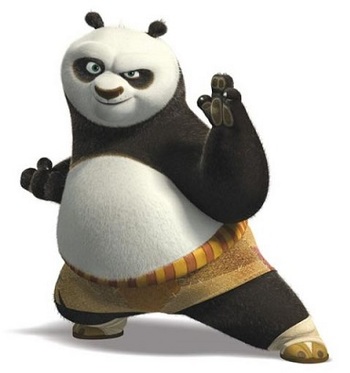 A Giant Panda with a big heart, he is a major kung fu fanatic and runs a noodle shop with his father (who is a goose). To the surprise of everyone, he is selected by Master Oogway to be the Dragon Warrior destined to defend the Valley of Peace from danger, and now trains under Master Shifu and alongside his idols, the Furious Five.