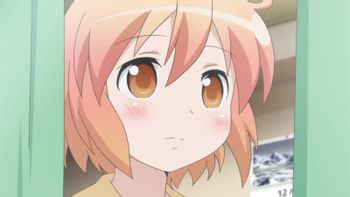 The female protagonist and the anime's viewpoint character.

Small, cute and kindhearted, Haruka Kotoura could have lived an simple, uneventful life like the many anime heroines before her.

The catch is, she's born telepathic in an universe that muggles don't believe in psychics. To make it worse, she can't turn it off, nor can she distinguish between speech and thoughts well, in a country with a tradition of hiding one's mind by lying as socially appropriate.

Eventually her classmates ostracize her for blurting out their secrets innocently, even accusing her of being a compulsive liar. She causes her parents to divorce by blurting out they are cheating on each other. Her mother, who had been quite protective of her, decides that Haruka is ruining her life and disowns her. This is enough to put little Haruka past the Despair Event Horizon, as she doesn't even understand why people hate her. Later on, after she discovers she has been mind-reading all along, she becomes broken enough to decide she's actually a Doom Magnet that will bring despair to everything she's close to (having a cat taken to a shelter for euthanasia by an insensitive old lady doesn't help), and decides maintain a Hidden Heart of Gold-hiding facade so that she can be alone.

So she transfers to a new high school and ends up sitting next to Yoshihisa Manabe, a boy who hides nothing—perversion included. With him, she starts to have a more normal life (with romance on the side) while continuing to come to terms with her powers and her past. 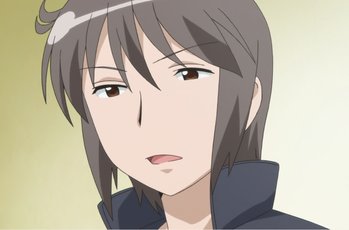 Manabe—when he's not having sexual fantasies, that is.
Voiced by Jun Fukushima
The main male protagonist, and the manga's viewpoint character. Yoshihisa Manabe (usually only in Last-Name Basis) is one air-headed pervert... except he is completely honest and has a heart of gold. He's the person who saw through Haruka's broken Hidden Heart of Gold-hiding facade and made her start smiling again, and quickly became her closest friend. As a true pervert, he enjoys having sexual fantasies of Haruka, just to make her fluster.
Advertisement:
Hiyori Moritani 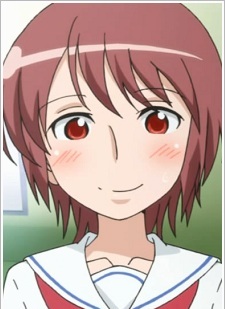 Voiced by Yurika Kubo
Manabe's friend and classmate. As an heiress to a dojo in the anime, she's shown to be a skilled martial artist and a bad student. She has a crush on Manabe as she treats him like a friend, despite her odd living circumstances. She spends the first few episodes being intensely jealous of Manabe and Kotoura's growing relationship before understanding her actions had caused them both harm. She later joins the ESP Research Club and is slowly forgiven for her actions by most of the club.
Yuriko Mifune 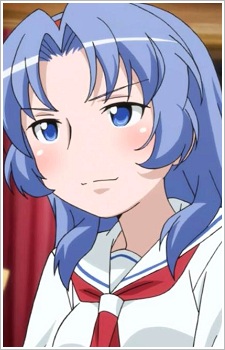 Voiced by Kana Hanazawa
The President of the ESP Research Club and long time friend of Dai'chi Muroto. She's a driven individual with a burning passion for anything psychic or psychic related. Her primary goal is to prove her mother's powers to a skeptical world. She's unsuccessful... until she hears about a new transfer student named Kotoura.
Dai'chi Muroto 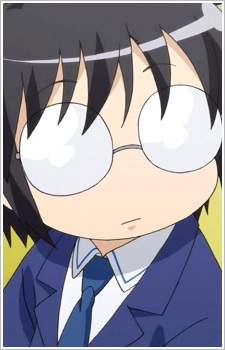 Voiced by Hiro Shimono
The diminutive vice-president of the ESP Research Club, and Yuriko's Childhood Friend. He the voice of reason of the club and acts to counteract Yuriko's Hot Bloodedness, but can sometimes be quite cunning as well. He's the first in the grade and also likes to play video games.
Zenzou Kotoura 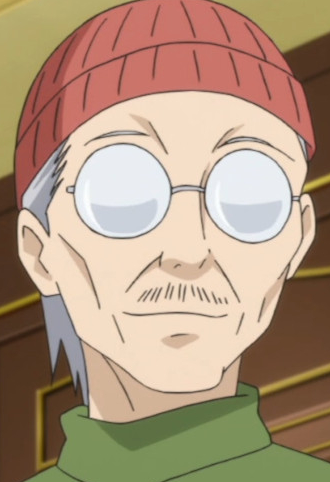 Voiced by Tomomichi Nishimura
Haruka's maternal grandfather, who took the parent's role for Haruka's after her parents disowned her, and acts as her safe haven before there was Yoshihisa—but is as perverted as the latter. He is apparently extremely rich.
Head Priest 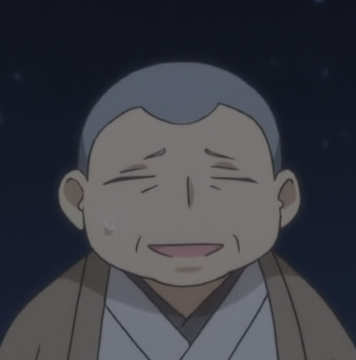 Though he's never mentioned by name in the anime, he runs a large shrine in Kotoura's home town. Aside from being a good friend of Zenzou, he tries to help Kotoura in just about any way possible. He even goes so far as to call Kumiko up so she can see how Kotoura has healed and changed her outlook on life. 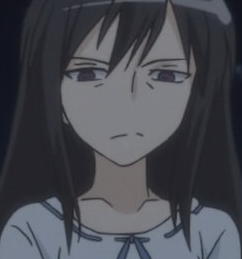 Haruka's mother and Zenzou's daughter. She may be quite doting towards Haruka in the beginning, but disowned Haruka later on due to the burden of the latter's telepathy—and the fact that Haruka disclosed that she cheated. They reconcile in the end.

A detective working with the Japanese police force. It turns out that she was the one committing the recent crimes.

Haruka's father, only seen in the backstory in Episode 1.