Darkness's friend and a thief. She's the one who taught Kazuma the infamous "Steal" skill.

A group of adventurers consisting of Dust the Warrior, Keith the Archer, Taylor the Crusader, and Lynn the Wizard. 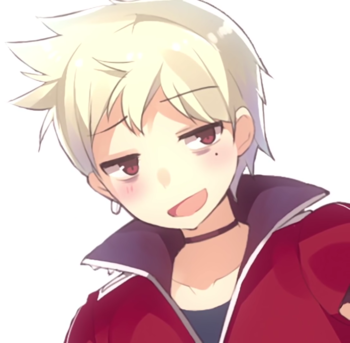 A delinquent adventurer who always causes trouble for the guild and his party. First encountered by Kazuma resulting in a short lived swapping of their parties.

Voiced by: Wataru Hatano (Japanese)
The Archer Archetype and Fragile Speedster of the team.

Voiced by: Reiou Tsuchida (Japanese)
The leader of the team, Taylor is a devout Crusader of the Eris Faith.

Voiced by: Yumiri Hanamori (Japanese) [Volume 4 Drama CD extra]
The Wizard of her team, Lynn is the one forced to keep a leash on Dust when he does something stupid.
Eris 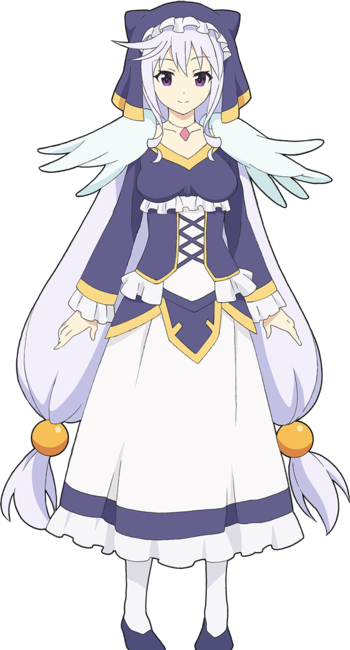 The Goddess of Fortune, patron deity of the new world and namesake of the global currency. She is a subordinate of Aqua, ranking lower in the divine hierarchy. 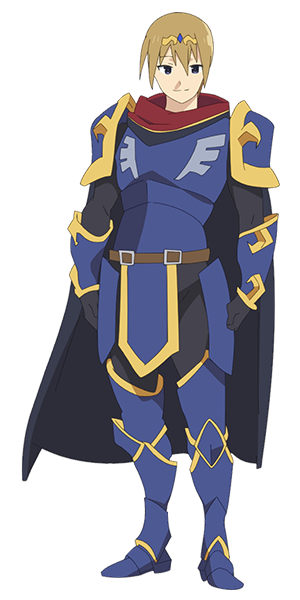 Another Japanese man Aqua sent to this world prior to Kazuma. A handsome, noble hero — the complete opposite of Kazuma.

A rookie succubus who takes the form of a young girl. After nearly getting exorcised at Kazuma's house, she frequently gets roped into Dust or Vanir's shenanigans.

The head waitress and receptionist at the Axel Adventurers' Guild.

A prosecutor who charges Kazuma with treason/sedition at the end of volume 2/season 1, suspecting him of being an agent of the Demon Lord.

A lich and a semi-retired general from the Demon Lord's armies, discovered by the party while on a quest to stop a zombie maker monster. She actually defies all the known lich conventions by not only appearing human, but actually helping send the ghosts in that graveyard to their proper final destinations because the human priests who ran the cemetery couldn't be bothered to deal with the poor people's section. When she's not soothing souls, she runs a struggling magic items shop in Axel. 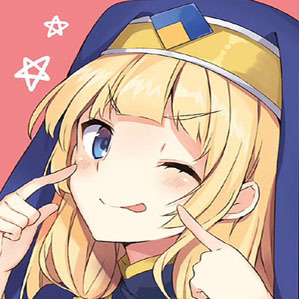 An influential Axis Cult priestess and acquaintance of Megumin and Yunyun. 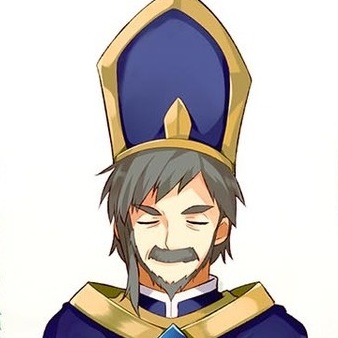 A high ranking archpriest of the Axis Cult and the leader of the cultists in Alcanretia. 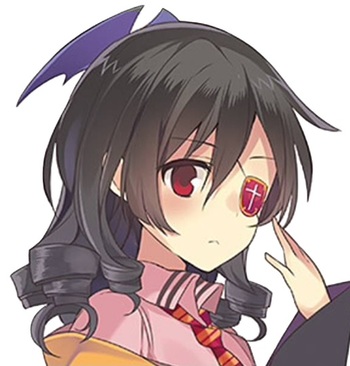 One of Megumin's former classmates in the Home of the Crimson Magic. While possessing great potential as an Arch Wizard, she doesn't have any interest in adventuring and instead dreams of becoming an author. 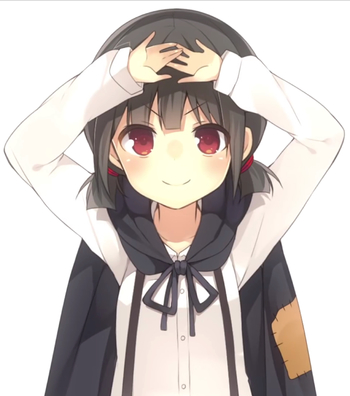 "This kid will definitely be a great person in the future."
Voiced by: Maria Naganawa (Japanese)

Megumin's younger sister, who resides with their parents at the Home of the Crimson Magic.

Megumin's former classmate and self-proclaimed rival who feels that she just isn't worthy to run the clan until she beats Megumin in a contest, any contest.

Princess Iris and Her Retainers 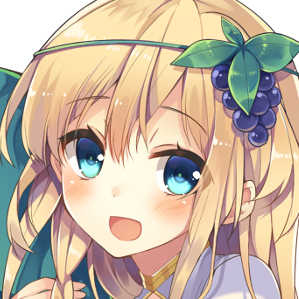 The twelve-year-old princess of the Kingdom of Belzerg. An acquaintance of Darkness who invites her party to dinner in recognition of their deeds. 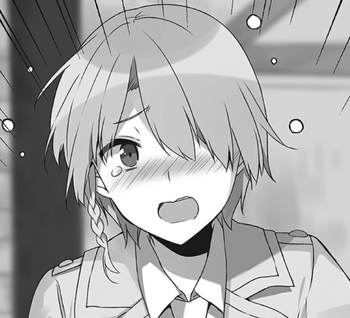 A member of the noble household Shinfornea and one of Iris' bodyguards. Has a very serious and sometimes overbearing personality, especially when it comes to protecting Iris. Also happens to be a high ranking official of the kingdom of Belzerg, which is worrying considering her personality traits.

A minor noble who serves as Princess Iris's personal bodyguard alongside Claire. As a knowledgeable mage who is wise to the ways of the world (at least for a noble), she also serves as the Princess's personal tutor.
Sylphina 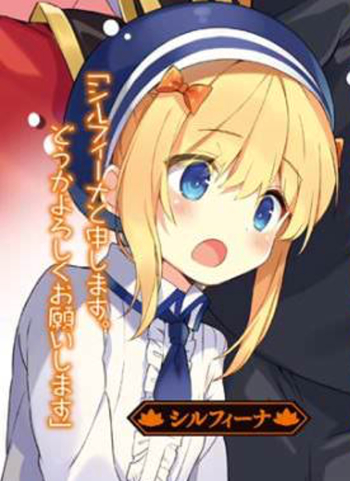 Darkness's maternal cousin, whom she helped raise after both of their mothers died. Suffers from the rare Colorin disease.