All characters in Kono Oto Tomare! Names will be listed in Japanese convention; that is, surname, followed by given name.

The Club as a Whole 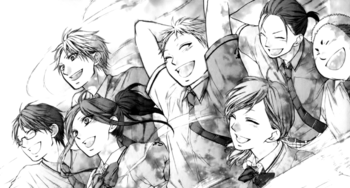 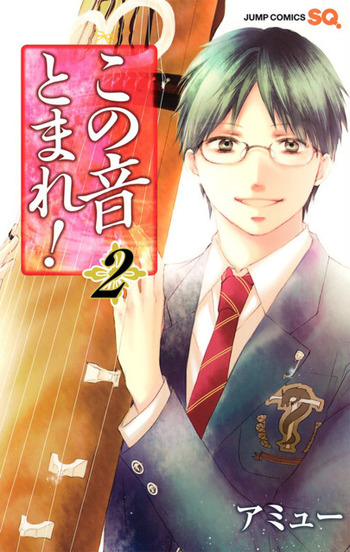 President of the Koto Club. At the beginning of the story, Kurata is the sole remaining member of the club, after Mashiro and the rest of his upperclassmen graduated. With Kudou's help and a little bit of luck, Kurata develops the squandering club into a formidable ensemble. 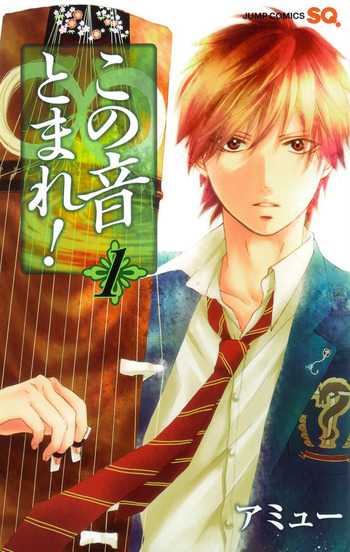 The first member to join Kurata in the club. Kudou brings with him a reputation for fighting and delinquency, which initially makes others distrustful of him. However, underneath his rough exterior is a kind heart who wants to honor his deceased grandfather by playing the koto.

A koto prodigy, and a member of the renowned Hotsuki Group, one of the most prestigious organizations in the koto world. After an infamous performance as a middle schooler, Hotsuki joined Tokise's koto club with the intent to increase her own fame. After further reflection and the help of the other club members, she comes to appreciate the koto as not just an instrument, but something more. 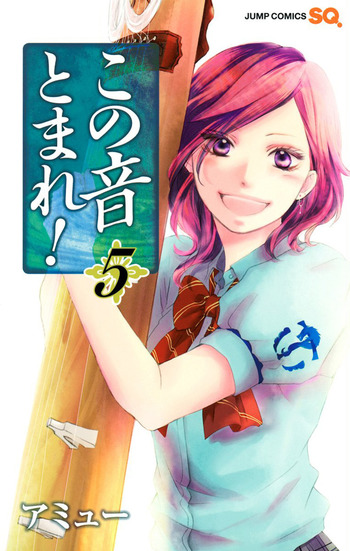 A second-year student in Kurata's class, first appearing in Chapter 9. An attractive socialite unlike the rest of the club members, Kurusu seemingly joins the club on a whim. In reality, she joined to spread discord and destroy the fun atmosphere she witnessed at a performance last year. Gradually, her motivation transforms to more genuine reasons, and she becomes an equally dedicated member of the club.

Mizuhara Kouta
Voiced by: Yuichi Iguchi (JP)
One of Chika's three delinquent followers who originally joined the club for his sake, Kouta is the most cheerful and affectionate of the trio, but also the one that struggles the most playing koto. He has very poor sense of rhythm, but he makes up for it with hard work and determination. 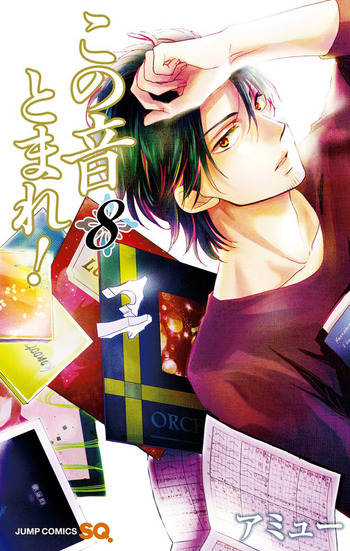 “Then practice. If you don’t want this to be the last one, then for the next two months, train like your lives depended on it. Efficiently, frantically, earnestly… train so that you can proudly say no one trained more.”

The son of a composer and a top-tier pianist, Takinami-sensei is a math teacher at Tokise High School that also doubles as the Koto Club advisor. At first, he holds only cynicism for the club’s prospects, but events in the story force him to reevaluate his stance on the world of music. 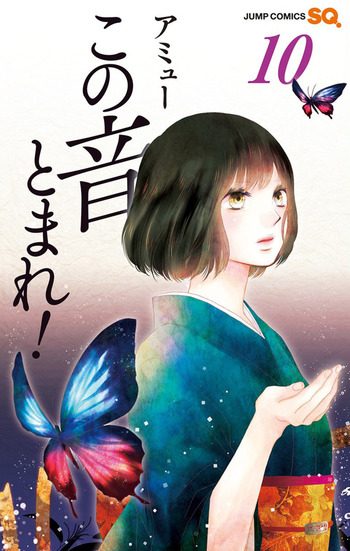 “I understood from that one note alone – the overbearing, absolute difference. No matter how much I tried… I would never reach that place.”

The Koto Club Instructor. Her first appearance is in Chapter 33, when Hotsuki comes back to her mother to beg for another seventeen-string koto, but she assumes the role of club instructor in Chapter 34. Akira first joins with the intent to break the will of the club members through spartan, traditional teaching methods. However, after witnessing the dedication and potential of the club firsthand, she turns around to genuinely wish for the club’s success.