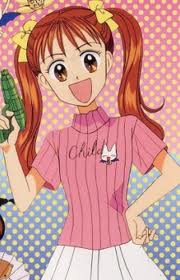 An exhuberant and cheerful girl who is a child star and who sees the world in such a positive light... until the moment her classmate, Akito Hayama, opens her eyes. At the start of the series she works in a TV Show called "Kodomo no Omocha" and after a while she starts accepting roles that will increase her career.

She is the adoptive daughter of famous writer, Misako Kurata, who found her in a park when she was just a baby (her biological mother, Keiko, abandoned her after giving birth). Misako told her that she was adopted when she was only 5 years old, but couldn't speak about it properly until she became famous and until she "grew up". Sana lives at the Kurata household with her mom, Rei Sagami (her manager), Shimura-san (their maid), and their many dogs.

In Deep Clear, a special crossover made for Miho Obana's 20th anniversary as a mangaka, Sana (now 26 years old) is still working as an actress. She is also married to Akito and is currently pregnant, but due to certain circumstances, her pregnancy was becoming troublesome for her marriage until Shuri Otokawa (an esper and detective, and the main character of Obana's Honey Bitter) is hired to help her. 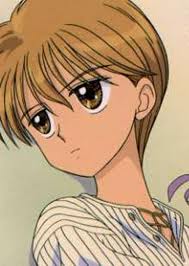 A former troublemaker that caused chaos during 6th grade in Sana's class. He is very stoic but also very strong, if provoked. After Sana called him out of all of his "evil doing" at school, she becomes his love obsession.

His family has complicated matters. His mother died when she was giving birth to him, and as a result, this made his father, his sister and himself distanced from each other. Natsumi felt resentful towards him, and his dad was considered a workaholic. As a result, he eventually developed a bad and rebellious behavior around his classmates and also showed a severe disrespect on his teachers. It's thanks to Sana that he started to open his heart and also helped to fix his family ties.

In Deep Clear, Akito (now a 26-year-old adult) is married to Sana and practices alternative medicine in a local hospital. He is initially suspected of a love affair that is keeping him away from Sana, but actually he is very scared about her pregnancy. He is very afraid to lose her the same way his mother died. They eventually reconcile once their baby is born and after she is safe and healthy. 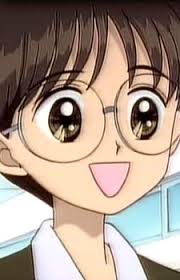 Tsuyoshi is Akito's best friend. He is a soft-spoken and quite smart kid, who has a general gentle personality... until you make him angry. He has several berserk buttons and throws a whole rage tornado until Akito subdues him and makes him calm down.

He once stated that he was the "rival" to Akito's love for Sana, but after giving her up, he went to Aya, who had a crush on him. Due to certain circumstances that happened at home, his parents divorce, and he starts to cope with the responsability of being much more than an older brother mentor to his little sister, Aono. 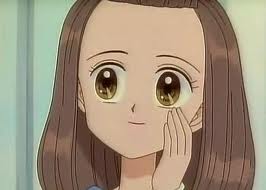 Aya is one of Sana's closest friends at school. She is a very mild-mannered girl who is quiet and sweet, and with a good deal of common sense. She had a crush on Tsuyoshi whom she later confesses on, under the circumstances (little she knew he was one of those kids that fall in love at first "gift"). They start a relationship later without handling these matters, though. 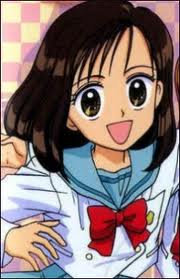 Fuuka is the first friend Sana meets when she enters middle school. She previously lived in the Tokyo area before moving to Osaka, but then she moved back to start school. Although she shares a bit of the Osaka's stereotypes (the Boke and Tsukkomi Routine and the Kansai Regional Accent), she coupled with the class perfectly. She and Sana became best friends fast because they share some similar traits (physical and emotionally).

During the first days of school, she finds out that an old kindergarten classmate of hers was in the same grade and school as her — Akito Hayama, who was her First Kiss (through a shameless bet). As soon as she starts knowing him, she develops an special interest into him... Both of them start dating when Sana was absent filming "The Mansion of Water", which all started with an innocent Double Date with Fuuka's Old Flame. They later break up because Akito's feelings for Sana never changed, and she was ready to let him go.. 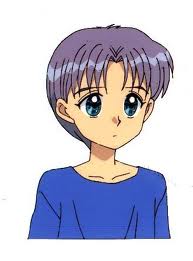 Naozumi is a child actor whose popularity is as great as Sana's. He introduces himself as a person who "knows her secret" it's actually the location of also "secret" moles and confesses to Sana that they share a bond and that he likes her. They first met when they were babies at a time they both coincided at Kamura Institution, the orphanage he took his last name from.

They both share a bond that initially took off from the moment he started looking up at her, and when he became inspired to follow her same steps into acting. But they weren't meant to be together. Sana, oblivious to his feelings, just sees him as a friend and as a brother of sorts.

As an actor, he travels a lot, and it's not surprising he left the country to advance in his career... however, as proved in the follow-up to Deep Clear, Misty Blue, Shuri Ohkawa finds that the adult Naozumi is a very interesting person, who is still devoted to Sana after so many years, to the point of not falling in love with another girl again because of her. 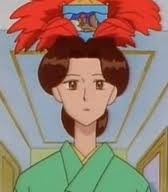 She's Sana's adoptive mother. Misako is a famous writer whose life took an interesting turn when she was in her late teens and earlier 20s, and she writes novels and essays based on those facts. Her most famous fiction novel is "The Pimp and I", which was based on her life with her gambler ex-husband.

She always wants to enjoy her life to the maximum (given her weird antics), after receiving the news that she couldn't conceive (it's also one of the reasons she got divorced from her leech ex-husband, too). One day, after taking a walk in a park, she finds a newborn baby in a bench, who she would later adopt and name her "Sana".

Maro-chan, her squirrel, lives in her hair. She also enjoys to make her editor miserable, since she doesn't like to obey due dates for her writings. 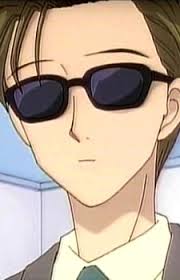 Rei is Sana's manager (and former "boyfriend"). He is always cheering up Sana and taking his job seriously, since he only wants to see her succeed in her entertainment career.

However, there's more than meets the eye. Years ago, just after a series of twists (being dumped by his girlfriend, getting dropped out of college, his parents dying in an accident and basically leaving him without a penny), he hits bottom and becomes a homeless person.

While begging on the streets, Misako Kurata and her daughter passed on, which brought Sana's attention. And one day, she brings him out to their house as if he was an abandoned puppy. Misako decides to keep him around, getting his first established home in a while, and has lived in there since then, working as Sana's manager. At the start, Sana looked at him as if he was her boyfriend (more exactly, a "pimp", after reading her mother's novel), but after being called out by Akito, Rei knew he couldn't keep the charade for a long time, either. Sana gets devastated... especially when Rei's ex-girlfriend appears in their lives and suddenly he realizes that his feelings for her haven't dissapeared either.

Even after the "heartbreak", Sana considers him as her first love crush, and they remain as friends.

A rare creature mixed from a rabbit and a bat (hence their name, "Babbit"), Babbit serves as both the narrator and Straight Man of the anime series. He also has an entire family and friends who appear in later episodes of the anime.

Akito's older sister. Ever since she was younger, she had a grudge over Akito, because he is the reason their mom was no longer with them. Soon after she watches Sana's acting in the TV drama film, she realizes that she was being awful to her own little brother that didn't deserve it in the very first place.

Akito's workaholic dad, who initially guards some distance with his kids. Not long after Sana opens his eyes, he realizes he need to spend some quality time with his children, to fix everything that was broken ever since Koharu's death.

Rei's girlfriend. Asako is supposed to be the reason Rei went through a bad luck storm in his life after their breakup, which happened due to her wanting to pursue an acting career in high school. Now an established drama actress, and in the middle of a TV drama film recording, she not only meets Sana, but also reunites with Rei.

After their reconciliation, she is dating Rei in secret. Mostly because Rei doesn't want themselves to be involved in any scandal that would harm her or Sana in one way or another.

Sana's biological mother, who gave birth and then gave her up when she was barely 13-14 years old. She later has another daughter, Mariko.