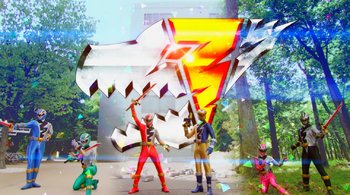 These proud souls will be used for justice! 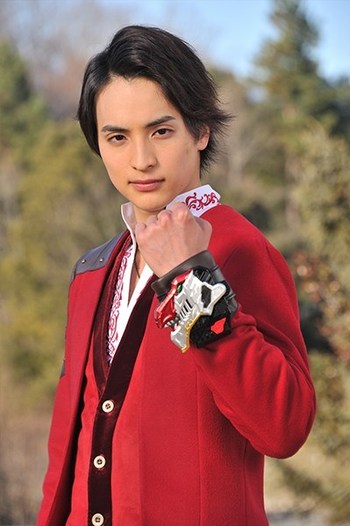 The Knight of Valor, Ryusoul Red!
The Leader of the Ryusoulgers and a fighting genius who is bright, Hot-Blooded, and fearless, yet somewhat naive. He leads the team through even the worst odds. Partnered with Tyramigo the Tyrannosaurus rex.
Melto / Ryusoul Blue 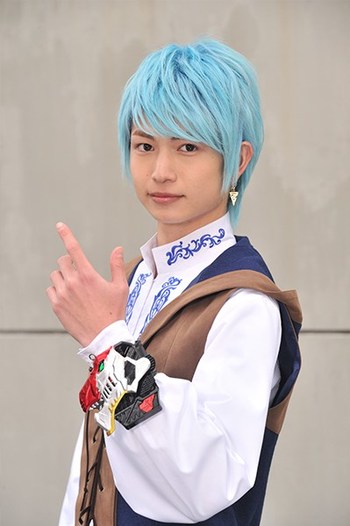 The Knight of Wisdom, Ryusoul Blue!
A young man with an outstanding Photographic Memory who is rarely unprepared. He would always think things twice before acting, though he falls short when compared to Koh, who he's jealous of, and Asuna. Partnered with Triken the Triceratops.
Asuna / Ryusoul Pink 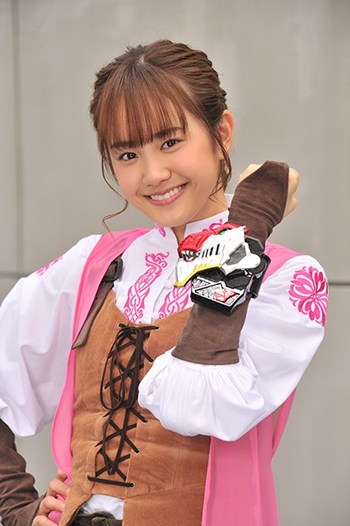 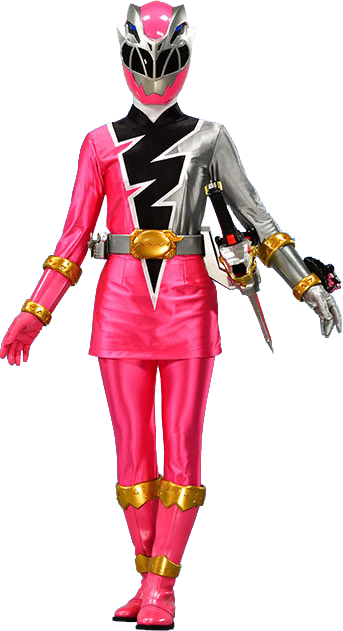 The Knight of Vigor, Ryusoul Pink!
A noble who is incredibly intuitive about things and is prone to say things at the wrong time. Despite being the only girl of the Ryusoulgers, she's actually their muscle and is embarrassed about it. Partnered with Ankyroze the Ankylosaurus.
Towa / Ryusoul Green 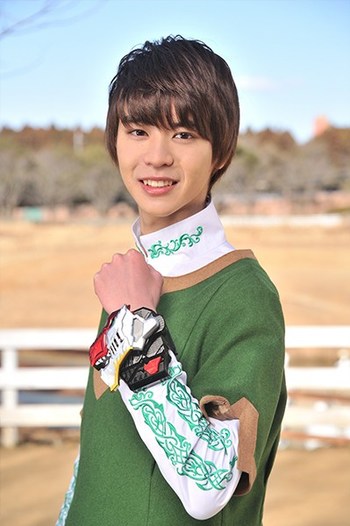 The Knight of Haste, Ryusoul Green!
The Baby of the Bunch and a talented pacifist who refused to accept losing, especially towards Koh. He has unbelievable speed and a Big Brother Worship towards Banba, but is Willfully Weak when using his talents. Partnered with Tigerlance the "Tigersaurus", a fictional dinosaur heavily resembling a saber-toothed tiger.
Bamba / Ryusoul Black 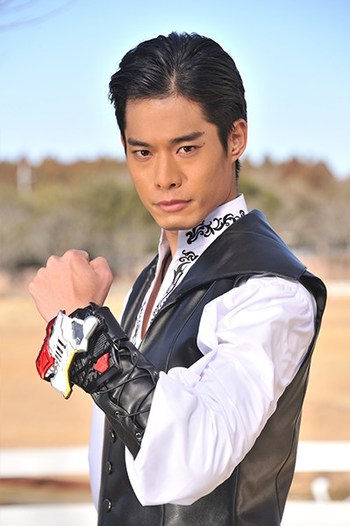 The Knight of Glory, Ryusoul Black!
The Lancer of the Ryusoulgers, known for easily dispatching any enemy with his expert fighting skills. He has a genuine desire to protect the Earth and fights the Druidon Tribe to prove his strength. He's hostile to anyone, but has a soft spot for Towa, which he doesn't want to show. Partnered with Mirneedle the "Needlesaurus", a fictional dinosaur heavily resembling the Stegosaur Miragaia longicollum. 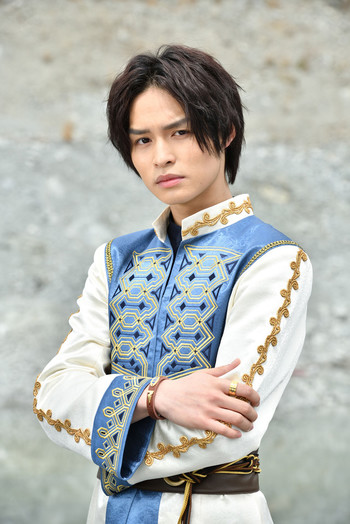 The Knight of Grandeur, Ryusoul Gold!
The Sixth Ranger and a Sea Ryusoul Tribesman who came to the surface in search for an ideal wife. Despite living in an upper-crust lifestyle and having worries over his younger sister, he is actually disliked by his peers due to his snobbish, penny-pinching, and perfectionist attitude. Partnered with, and mentored by, MosaRex the Mosasaurus.
Nada

See his character sheet under Allies.