This page is reserved for the recurring bosses and mini-bosses of the Kirby games.

There are some unmarked spoilers below, reader discretion is advised. 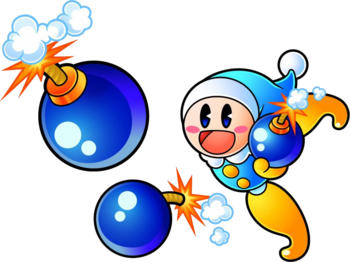 A jester who jumps around and tosses bombs, and the very first mid-boss to be encountered in the series. Kirby can inhale him for Crash or Bomb ability depending on the game. 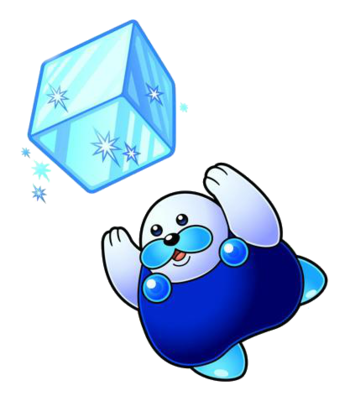 A fat walrus who tosses ice blocks. Gives Ice or Freeze depending on the game. 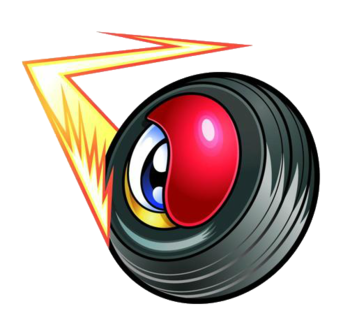 A big wheel that fights by rolling around. It gives out the Wheel ability when inhaled. 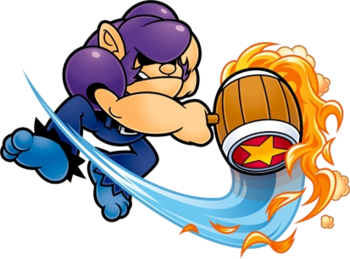 A delinquent monkey known for wielding a massive hammer and tossing coconuts. He's the only creature in the series known to give the Hammer ability. 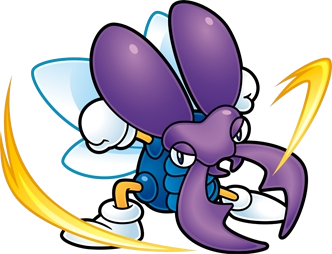 "I was the king of insects!"

A stag beetle who doubles as a wrestler. He gives out either Backdrop or Suplex when inhaled. 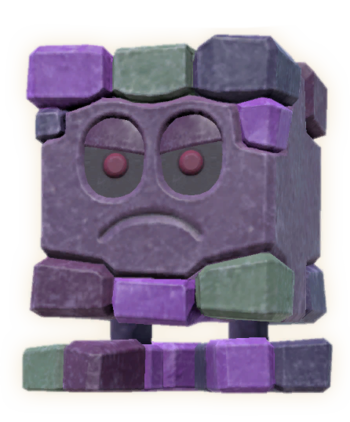 A stone cube with legs and a face, originating from the "Dark Matter trilogy" games. As expected, he holds the Stone ability. 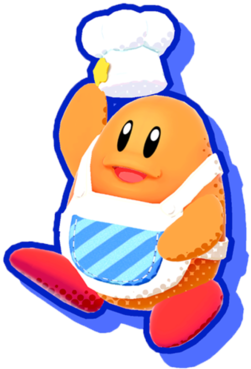 An egg-shaped creature dressed in chef's attire. He is one of the few providers of the rare Cook ability. He would later appear in other games following his debut, sometimes as an ally, sometimes as an enemy. 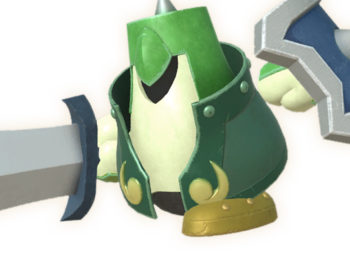 A knight decked in green armor and wields a big sword and shield. Kirby can inhale him for the Sword ability. 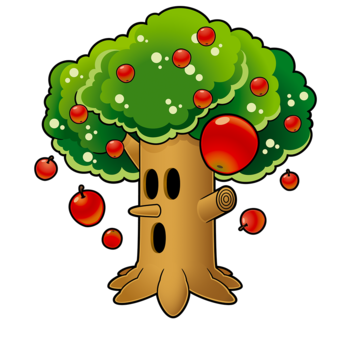 "Please don't tread on my roots, it would not be a wise decision."

A big, sentient tree who tries to attack Kirby & co. by dropping apples and shooting air blasts, and is notable for being the very first boss faced in the series. In the anime, he only starts off hostile, but becomes Kirby's friend and ally later. 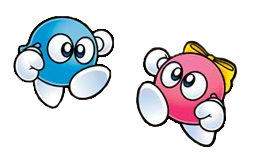 A pair of Waddling Heads who live in Castle Lololo, situated in the islands. Normally hostile, they appear as Kirby's friends in the anime Kirby: Right Back At Ya!. 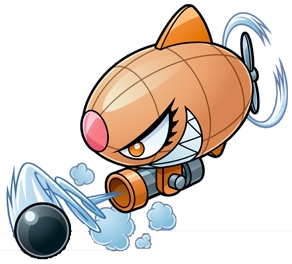 An airship-like mechanism armed with cannons, also known as Kaboola. King Dedede tasks her with patrolling the skies. 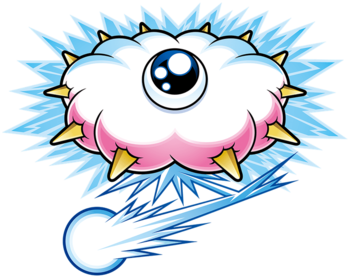 A malevolent storm cloud with a large eye, who attacks mostly with lightning. He first appears as Kracko Jr., but quickly matures into his spiky adult form. He is usually faced in a cloudy environment. 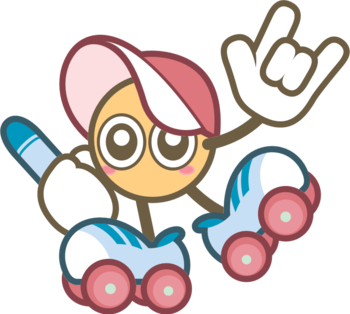 "Let me paint you a lovely portrait... of you losing to me, HA HA HA!"

An artist on the go who attacks Kirby by drawing enemies. 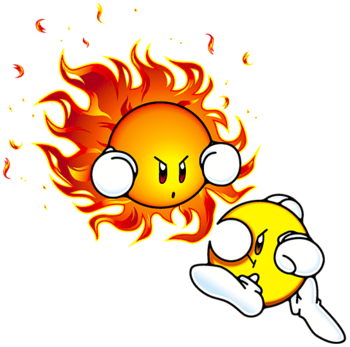 "We rule both the night and the day! This leaves no time for you Kirby! Be gone!!"

Mr. Shine is the moon, and Mr. Bright is the sun. While they don't seem to have actual control of the weather, they nonetheless attack Kirby using solar and lunar-themed attacks. 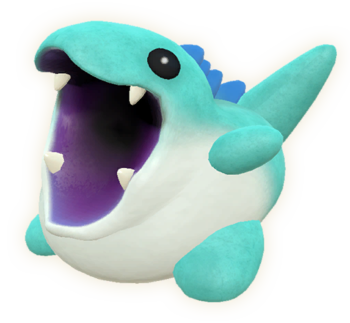 A Dedede-sized dragon that engages in combat by crushing its enemies under its feet and freezing them with its breath. Has the unique distinction of being "quasi-present" in games after its debut, with the majority of its appearances being some kind of living artwork or even a hologram. 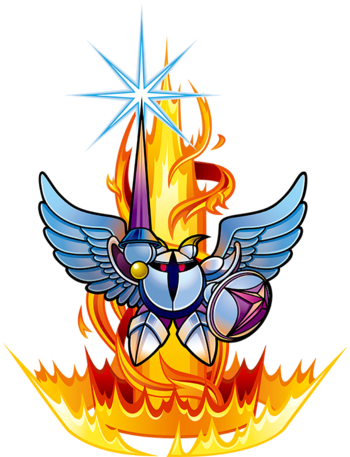 "Let us bring back a legendary swordsman from a forgotten time. He may end up destroying a planet or two, but such is life. The benefits of this final battle outweigh the collateral damage. Prepare yourself... Executing Space-Time Transport... Extra-dimensional road... Booting... 3... 2... 1... ...BEGIN!"
—Star Dream

Galacta Knight is the greatest warrior in the galaxy, but was sealed away for fear that he was too powerful. He first appears as the Final Boss of the Meta Knightmare Ultra game in Kirby Super Star Ultra, where Meta Knight unseals him in order to challenge him to a fight. He also shows up out of nowhere in Return to Dream Land's The True Arena, as the third-to-last boss. He once again appears as the surprise final boss in the Meta Knightmare Returns mode in Planet Robobot.