A young man who is coming to terms with being thrown into something he can't quite understand. Played by nomuru2d. 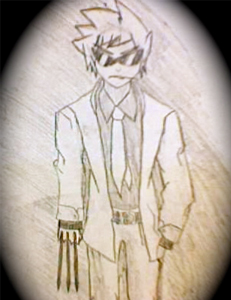 A giant of a man, turned into a Nobody as a last ditch effort by his sword to prevent him from dying. Played by Legionnaire. 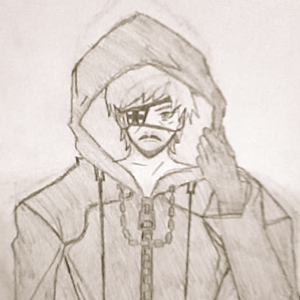 A teenage girl with separation issues. Played by fourteenwings. 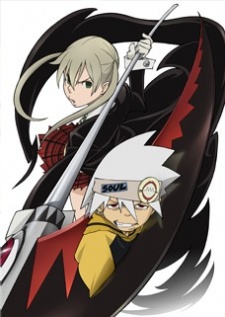 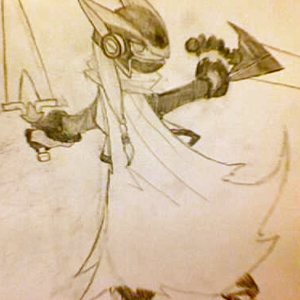 A reformed hitman hiding from his original home, sent to aid others by Her Highness Queen Sephis. Played by Altairen Draconis

NYPD's Special Riot Control Department member who somehow got dragged into battle that will decide about mankind's future. Played by Fergard Stratoavis.

A Pokémon Trainer with a sarcastic streak, but prone to acts of kindness. He usually carries only four of his team members on hand at a time in order to bond with his members better. 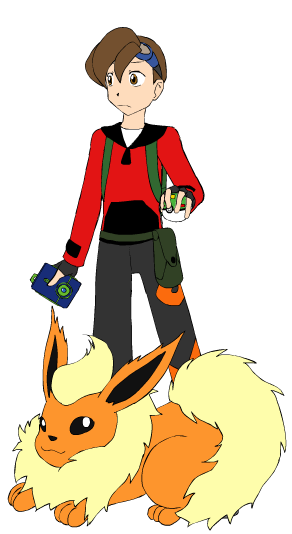 A 16-year old (bordering on 17) with a knack for turning anything he can get his hands on into a weapon and a strong Heart. A hyperactive friend to all living things, he's in a permanently happy mood and carries a wooden sword on his back made by his father, who he promised that he would grow into a good man. Played by Zidane Flame Mouse.

Tahu, the Toa Mata of Fire, off to fight the darkness that ravaged his home. Power over heat and a head to match. Played by Lizard Of Aus. 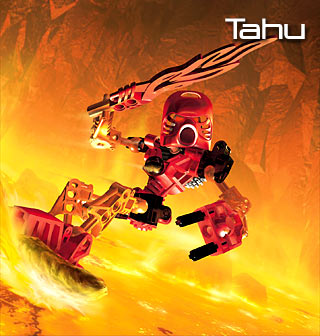 -Exerpt from the files of the Atlas Research Group's superhero database:-\\

Name: Stacy Lynn Winterborne
Call Sign: Sunburst
Powerset: The ability to create blinding, white flashes originating from her skin's surface at will. Expert martial artist.
Supplimentary Information: Stacy/Sunburst is a bright, energetic young woman who is not above using her looks to distract enemies (her revealing suit is enough of an example). Has been known to "flirt" with her teammate, Super Nova (she has given him the nickname, "Sparky"). It is unknown if her feelings for him are more than platonic. Must research further.
Played by Karl Kadaver

A veteran landsknecht and dopplesoldner, torn from early sixteenth century Germany. He was in the middle of training (or more accurately, chewing out) a few new recruits of his mercenary band, whose ideas of proper swordplay had likely been born of some flea-bitten bard's poorly written romance novel. In the middle his rant, he was spirited away into the Halberd's lower decks. Played by goodisgood214.

A mysterious person who died and wound up, and begins her journey in, the underworld. Wields dual lazer swords that can transform into a whip and a spear. Can switch genders at will. Played by tvtropesnoob, until she died in the Underworld and tvtropesnoob took control of another character.

An alcoholic Italian from Florence in the Assassin's Creed continuity. Played by downpourguy, until he dropped out.

The only member of the party with a Keyblade. Was played by Apprentice Lawful Good, until he dropped out.

Arrogant warrior looking to save his homeland and have fun doing it. Played by Vanitas.

King Dedede's servant and a Waddling Head. Played by Belial.

As his attire suggests, Eli likes to remain faceless. Completely hellbent on slaughtering an equal number of villians, as there were lives taken from his world. If the heroes get in his way, or deny him a kill, his wrath shall be incurred.
Character Stats

Please refrain from editing other people's information. Leave that to the GMs and players. Love, Legionnaire.

Men and Women In White 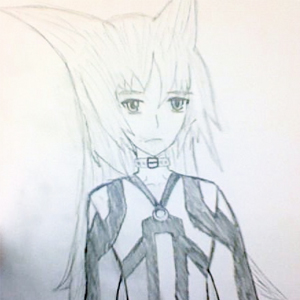 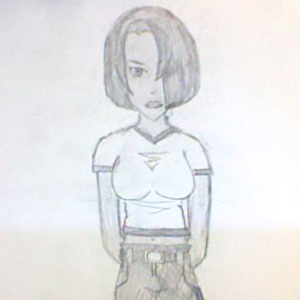 An enigmatic set of entities. Very little is known about them, and what is known doesn't bode well; originally incredibly strong, physically and mentally, Guardians of the Keyholes on each world, the Men and Women in White are attempting to awaken Challengers on each world in order to corrupt them, turning them into a Heartless and Nobody similar to what Organisation XIII was attempting during the events of Kingdom Hearts II. Currently known Challengers are as follows:

The last living remnants of Organisation XIII, their souls living on after death, similar to the methods employed by the Keyblade Wielders in the Graveyard. Powerful enough to briefly take corporeal form, Sora and Co have been hunting them on the side, attempting to slay them to help Terra escape his imprisonment at the Keyblade Graveyard. Currently way, way, way out of the league of the player character's skill levels.

An monstrous Heartless, currently responsible for the disappearance of Cid and the heavy injuring of Roxas when it caught him in the middle of a fight. A combination of a Heartless and a Revenant (a rotting, decayed corpse sustained by Alchemy), almost nothing is known about the creature so far.
Original NP Cs

One of the spirits of past Keyblade Wielders inhabiting the Keyblade Graveyard, little more than a disembodied voice. Nothing is known about it, but it seems willing to offer advice to those who need it.

A young man with command over the darkness. Formerly played by Vanitas, before he was turned into an NPC and Vanitas took control of other characer.

A Posthumous Character from the wizarding world; the campaign there centers around the players investigating his death, as well as the rumors of his research into interdimensional magic.