Characters / King of the Hill - The Hills' Neighbors 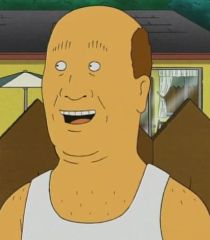 Bill, one of Hank's closest friends, was a promising high school football player who later joined the Army with big hopes and dreams. He married someone he thought was the perfect woman, but that relationship soon went south and never looked back, and Bill found a new companion in the throes of laziness, regressed to a washed up and rotund balding man. Now middle aged, broke, and divorced, Bill's constantly depressed and full of self-loathing. The guys try to put up with him as best they can. 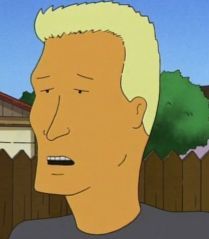 A very fast-talking ladies man and one of Hank's childhood friends. His dialect can be hard to keep up with, but none of his friends seem to have any trouble talking to him.

The Gribbles
Dale Gribble
See here for more information about him.
Nancy Gribble 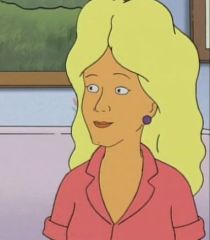 Dale's wife is a reporter for a local Arlen TV station. Smarter and more responsible than Dale, she nonetheless has a 14 year affair with John Redcorn which Dale never learns about. She eventually breaks it off, but not before she gives birth to a child whom Dale is convinced is his own flesh and blood. 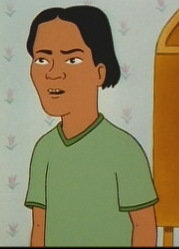 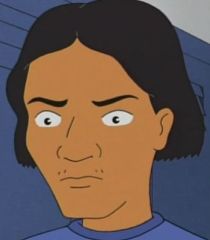 And after.
Voiced by:
Brittany Murphy (seasons 1-4)
Breckin Meyer (seasons 5-13) 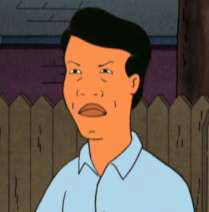 This irritable Laotian-American systems analyst moved onto Rainey Street from Los Angeles with his wife and daughter in the series's first season. Kahn is regularly rude towards his neighbors and dismisses them as dumb rednecks. Nobody really listens to him, however, especially not his daughter, Connie. 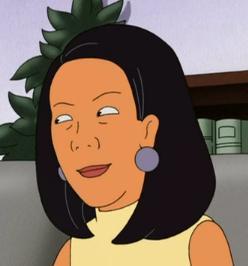 Kahn's wife. Just as materialistic and spiteful as him, but a smidgen more down to earth. 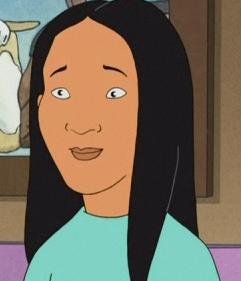 The overachieving daughter of Kahn and Mihn who is great friends with Bobby, even dating him for quite some time.