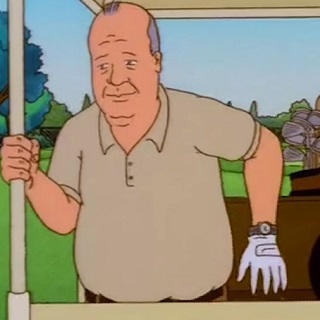 "I like to eat, I like to hump, and I don't like to drive!"
Voiced by: Stephen Root
Just when the sun starts shining again, someone throws a burlap sack over my head and beats me with a pipe!"
Hank's selfish, slacking, and borderline abusive boss at Strickland Propane.
Advertisement:
Miz Liz 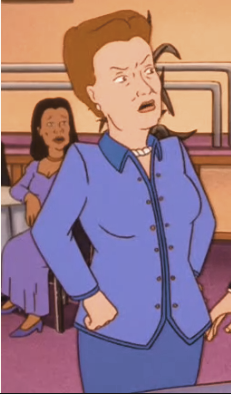 The long-suffering wife of Buck Strickland. During the first half of a two-part episode, Miz Liz confronts Buck at an awards dinner while he is there with his mistress. She files for divorce from Buck and subsequently takes control of Strickland Propane. Thanks to Hank, the two end up reconciling not too long after. 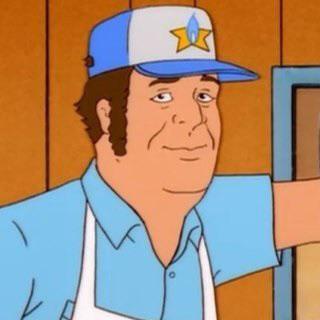 A coworker of Hank's, the driver of one of Strickland's propane delivery trucks, known as a "bobtail". 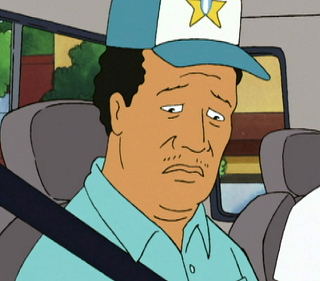 Hank's Mexican-American coworker. Usually a background character, but gets a few focus episodes in later seasons. 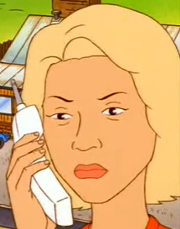 One of the employees at Strickland and Buck's mistress up until Season 4 when she attempts to kill Buck for calling off their affair and ends up dying instead. 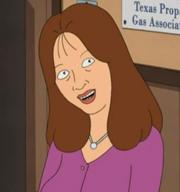 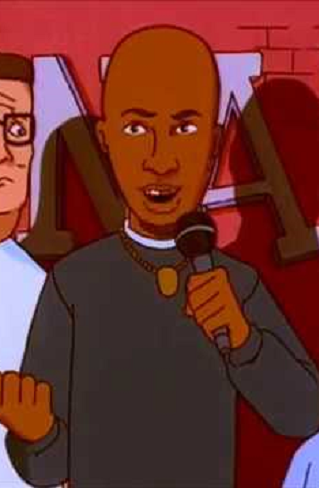 "What's that? You talkin' about my mother? Let me tell you about your mother! Your mother is so fat, she jumped up in the air and got stuck!"
Voiced by:
Chris Rock ("Traffic Jam")
Phil LaMarr (all other appearances)

A standup comedian who ends up working at Strickland Propane. 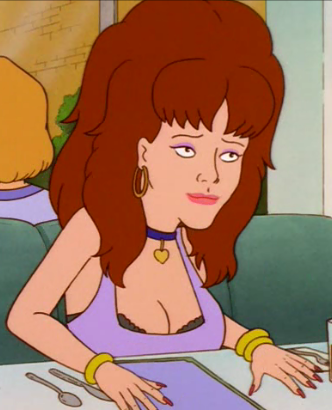 A former prostitute from Oklahoma City who was hired as the customer service representative for Strickland Propane in the episode "Ho, Yeah!". She forms a close friendship with the Hills, who allow her to temporarily stay at their place after she gets kicked out of her apartment. Hank and Peggy are unaware of her past, and the low pay at Strickland causes her to fall back into her old lifestyle, with Hank unknowingly acting as her new pimp. 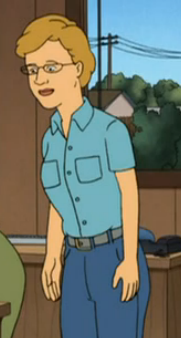 A blonde, bespectacled employee of Strickland Propane who is a Recurring Extra.