Character page for Killjoys. CAUTION: Late arrival spoilers ahead! All spoilers prior to Season Four are unmarked.

Team Awesome Force
A trio of Reclamation Agents who operate in the Quad System. 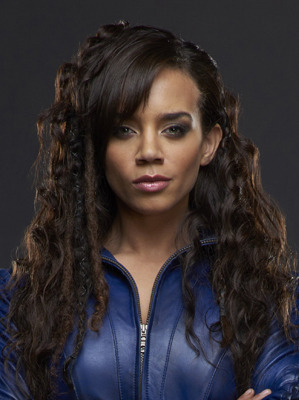 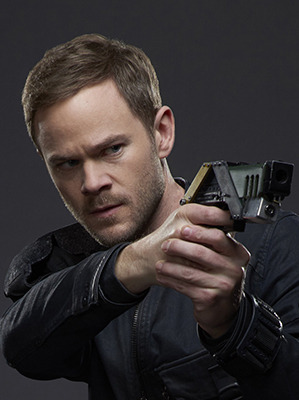 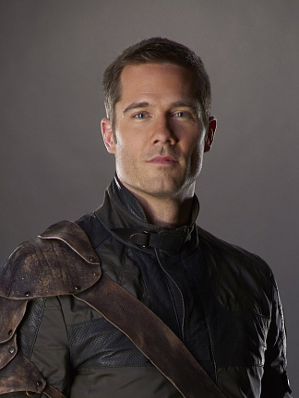 John's older brother, an ex-soldier with a troubled past.

The AI on Dutch and John's ship.

Inhabitants of Westerley, industrial moon of the planet Qresh. 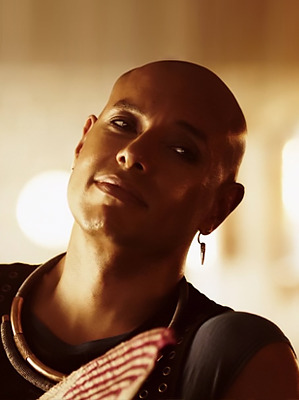 Proprietor of The Royale, a local bar in Old Town. 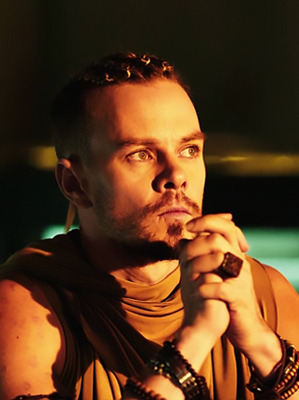 Old Town monk, and secretly a leader in an underground Westerlyn revolutionary movement. 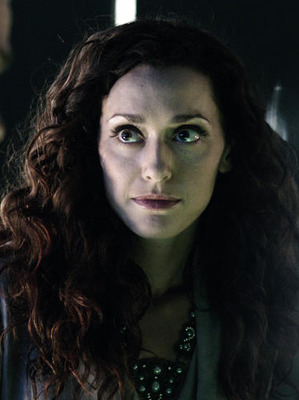 A RAC certified doctor who lives in Old Town.

The new bartender at The Royale, after the bombing of Old Town.

Old Town thug with an unfortunate habit of picking fights with the wrong people. Becomes Pree's boyfriend by Season 3, and later his husband.

Inhabitants of the planet Qresh, main world of the Quad System.

A Company Officer assigned to Old Town after the bombing, to restore order to what remains. Later on, it's revealed that he is also tasked with overseeing the transition of Old Town residents into Hullen.

Pippin Foster, aka "the Mouth", is the spoiled youngest son of a mid-rank family on Qresh. He is also an accomplished Black Market broker specializing in finding anything smuggled in and out of the Quad.

The Reclamation and Apprehension Coalition, aka, "the RAC," (aka, "Killjoys"), a professional bounty hunter's organization operating independently in the Quad.
In General
Alfred Olyevich Turin
Played By: Patrick Garrow

A high ranking member of the RAC.

A Level Five Reclamation Agent, who often butts heads with our heroes.

Dutch's RAC contact, she has her office on the Leith Bazaar.

Zephyr Vos, or "Zeph" to everybody else. A very-recently qualified Level 1 RAC agent who is recruited into Dutch's team to help fight the Hullen. She's one of the few characters who can operate on Johnny's level, intellectually, and can even outsmart him at times.

Joseph 'Big Joe' Siano was one of the top RAC Agents in the Quad. Towards the end of his career he became a thief and a gun runner, which made him the target of a Black Warrant.

The nine largest Qreshi noble families. They're shareholders in the Company, and between them they collectively rule Qresh.
In General
Delle Seyah Kendry
Played By: Mayko Nguyen

The head of the Kendry Family.

Head of the Simms Family and Pawter's estranged mother.

Head of the Hyponia Family, and reluctant ally to Pawter.

A secret unit of Super Soldiers operating within the RAC. They're actually known as the Hullen, a Human Subspecies that are symbiotically bonded with the "Green Plasma," an alien parasitic organism bent on galactic domination. 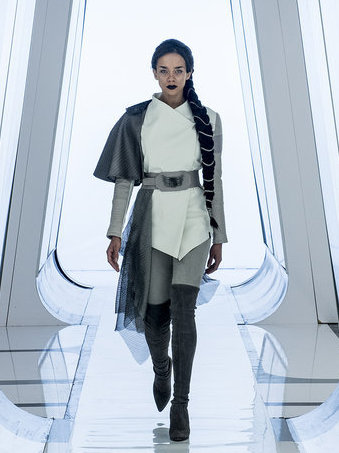 Khlyen's daughter, she is the apparent leader of The Hullen armada in their campaign to conquer the galaxy.

A mysterious figure from Dutch's past. Her first mentor, who trained her as an assassin as a child, and apparently a person of some importance in the court she was raised in.

Aneela's second in command, although he doesn't seem content with that arrangement.

Lucian Kitaan is a Level Six Killjoy that is captured by the RAC and is kept prisoner for she information she holds about the Hullen.

Former Hullen soldier under Aneela's command who became one of the frozen 'dolls' after Kendry ordered them to stand down. Zeph has since 'reset' him.

A mysterious entity that lives inside the Green Plasma and appears to be the true ruler of the Hullen.

The Mega-Corp that runs - and owns - the Quad.

In General
Dr. Pim Jaegar
Played By: Amanda Tapping
A research scientist from Telen who worked on technology that could be used to mentally control soldiers and remove or modify an individual's memories. The Company took an interest in her work and moved her to the Quad, where she continued her experiments at a secret facility on Westerley.

A "Hackmod" (cybernetically augmented human) enslaved by a gang of Westerlyn bandits. Escaped with the help of the Killjoys, becoming an occasional ally. Oleana, nicknamed "Olli", is a hackmod who met John Jaqobis while he was tracking the whereabouts of Clara. Olli doesn't know when or how, but she woke up one day with Clara's cybernetic arm where her own used to be.

The biological child of Aneela Kin Rit and D'avin Jaqobis, with Delle Seyah Kendry as his surrogate mother.