The vast array of characters from Kikaider. 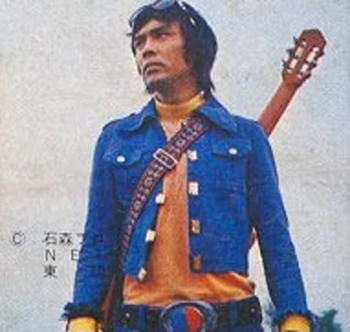 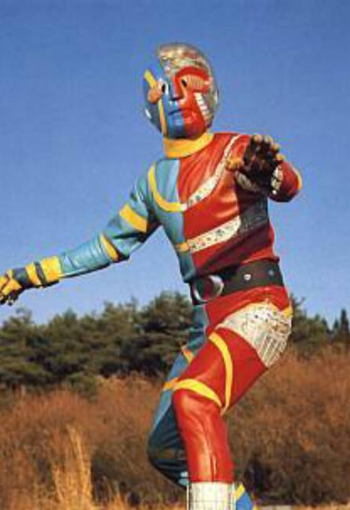 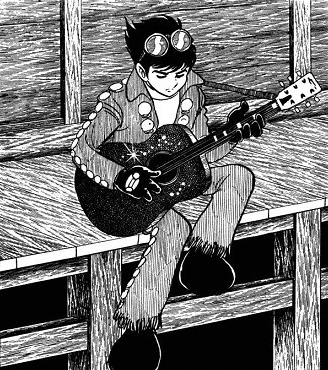 The Kikaider himself, a Ridiculously Human Robot created by Dr. Komyoji to protect his daughter and son from the sinister forces of the DARK organization.
Advertisement:
Saburo/Hakaider 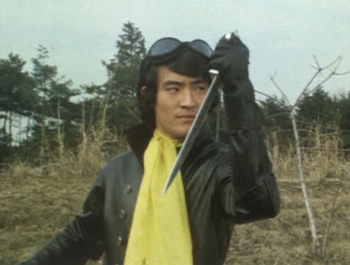 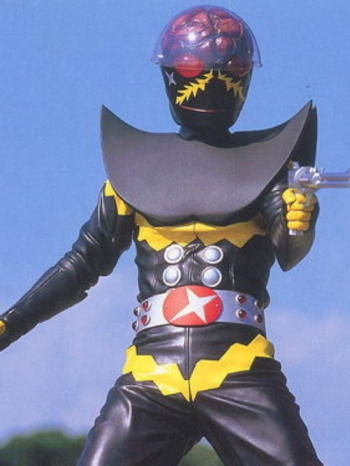 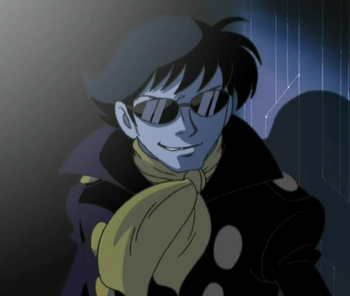 Kikaider's rival and "younger brother", a robot created from the same mold as Kikaider who assumes the human form of "Saburo". Upon his awakening, Professor Gill told him the sole reason he was created was to kill Kikaider, leading Hakaider to devote his entire existence to doing just that.

He later returns in the sequel show Kikaider 01 as the leader of the Hakaider Squad, now implanted with the brain of Professor Gill. This incarnation of Hakaider is often called "Gill-Hakaider" by fans, though he is simply referred to as "Hakaider" in the show. 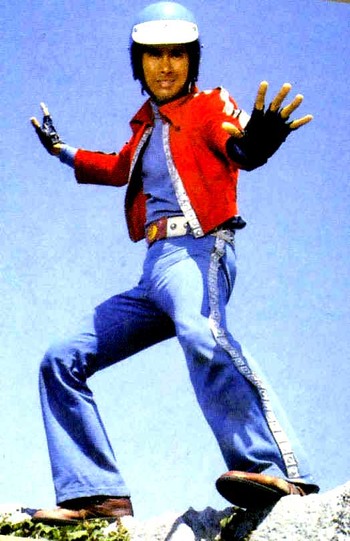 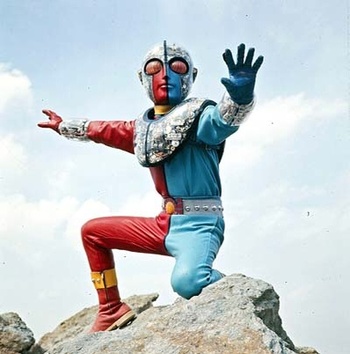 The "older brother" of Jiro/Kikaider, created before him by Dr. Komyoji and placed in a statue until he was awakened to protect a boy named Akira from the sinister Hakaider Squad.
Mari/Bijinder 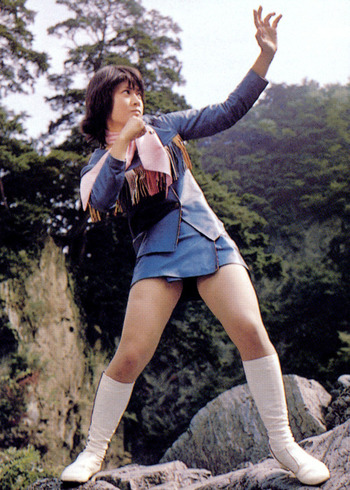 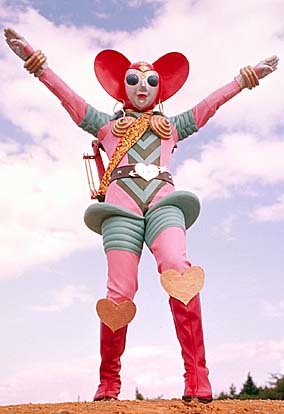 An android created by the SHADOW organization for the purpose of defeating Ichiro/Kikaider 01. She was created to protect children in order to get Ichiro to take a liking to her all in order to lure Ichiro into a trap. However, Mari would end up changing her ways and joining Ichiro's side in fighting against SHADOW.
Rei/Kikaider 00

The Komyoji Family and their Allies

The creator of Ichiro Jiro and Saburo, a scientist who was deceived into creating robots for the DARK organization by Professor Gill. After realizing Gill's evil intentions however he created Jiro to fight against the organization, implanting him with a conscience circuit so he would know right from wrong.
Mitsuko Komyoji

Akira is the son of Professor Gill who has the blueprints for a superweapon called "Giant Devil" tattooed on his back, leading him to be sought after by the Hakaider Squad and SHADOW. It's later revealed that Akira only has half the blueprints tattooed onto him and that the other half are on his older brother, Hiroshi.
Rieko

A mysterious woman working as caretaker for Akira.
Misao

The caretaker for Akira.

A sinister organization dedicated to creating Killer Robots for evil purposes. They are Kikaider's main enemies throughout the first Toku series and anime.
General Tropes 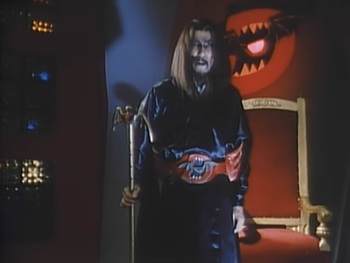 Professor Gill
A Mad Scientist who leads the DARK organization. He was once a colleague of Dr. Komyoji and the one who enticed him to join DARK in the first place, until Dr. Komyoji realized his evil intentions and rebelled.
Destructoids 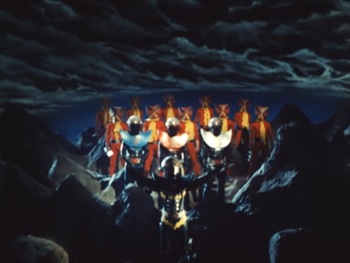 The Hakaider Squad
A group of four Hakaiders out to capture a boy named Akira, who is the son of Professor Gill and contains the blueprints for a Doomsday Device tattooed on his back. They are led by Hakaider and include Red Hakaider, Blue Hakaider and Silver Hakaider. Their leader contains the brain of Professor Gill himself, while the rest held the brains of unnamed DARK scientists who survived the destruction of the organization.

A mysterious criminal organization also seeking to capture Akira and complete the Giant Devil robot. They at first clash with Hakaider Squad, but after the Squad is destroyed they rebuild Hakaider and make him join them.
In General 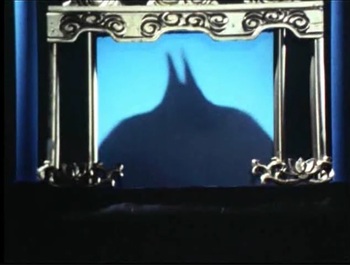 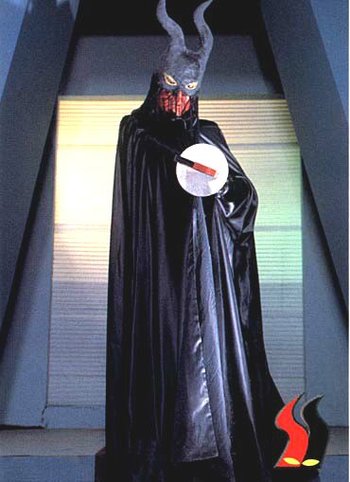 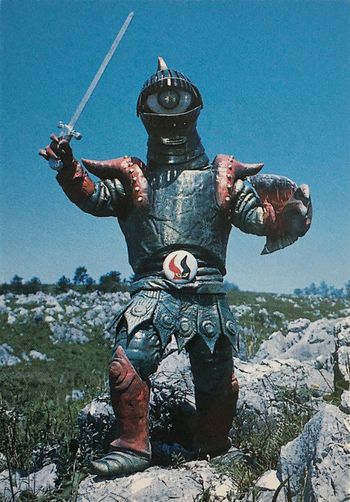 A robot who serves as the main field agent of SHADOW, and Big Shadow's second-in-command.
Zadam 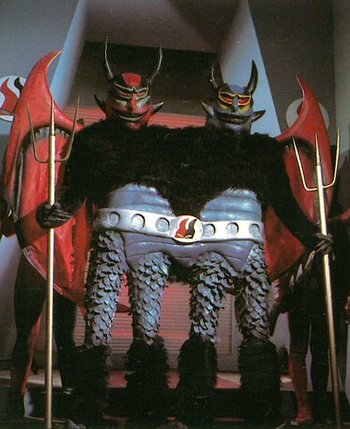 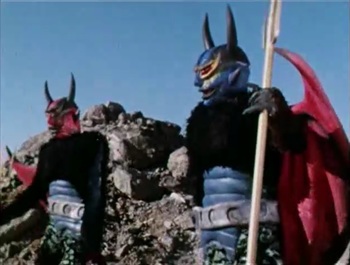 A SHADOW agent called in from their moon base to assist in their operation to conquer Japan.
Waruder 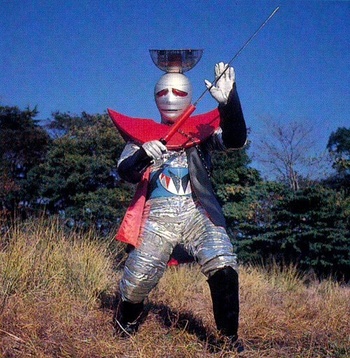 Waruder
A robot samurai hired on by SHADOW to fight 01. Likes children but is afraid of dogs.
Deathbots

Robot monsters who serve as the commanders of SHADOW's forces. 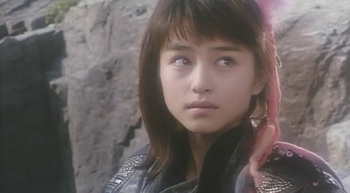 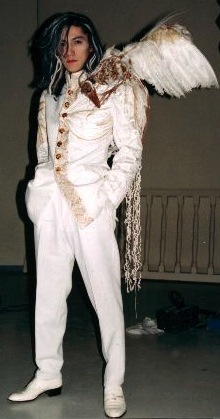 Gurjev
The Seraphim-like ruler of Jesus Town, who seeks to create a utopia by using Mind Control to suppress his people's emotions and turn them into his obedient followers.
Michael 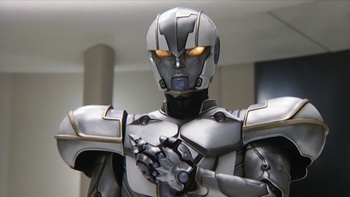 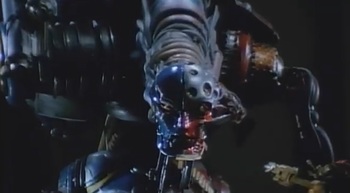 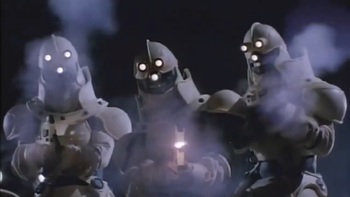