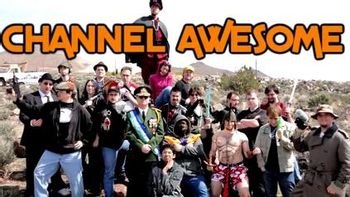 The cast of the Channel Awesome second anniversary special Kickassia.