Tropes for the characters of Kemurikusa. ALL SPOILERS ARE UNMARKED. 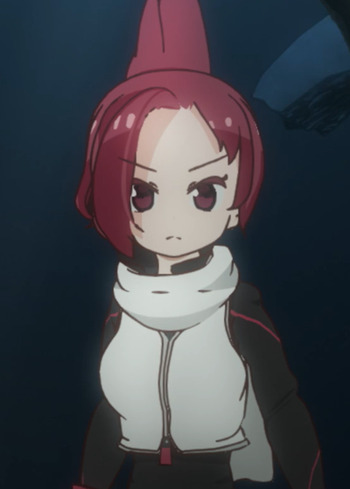 The main heroine, fighter and real leader of the group. She's the one holding the Memory Leaf, capable of storing information, flashbacks and even the "souls" of her deceased sisters. She also got the sense of Body/Strength from the First Person and, after Ryoku's death, Sight. 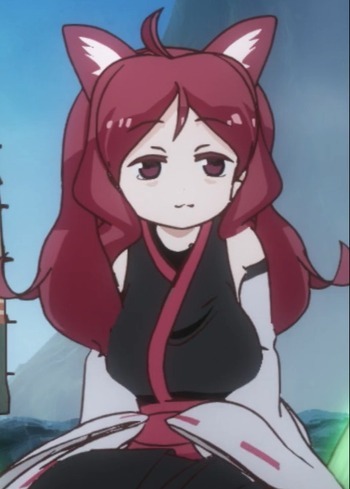 The decoy leader of the group, Ritsu acts as the oldest sister. She always seems tired and isn't even capable of walking on her own, needing the help of Midori's branches and roots to move and explore along the main group. She's also the one who has been taking care of the tree, loving it as her own child. Ritsu obtained the sense of Hearing from the First Person, hence why she sports an extra pair of furry ears on her head. 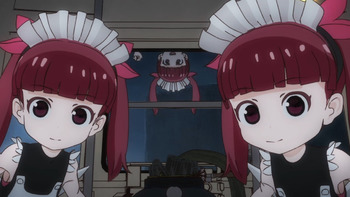 A group of six kids that were split from the original Rina by unknown means. They consist of Rinamu, Rinayo, Rinacchi, Rinaji, Rinako and Rinazou, though we only get to know well the former four as Rinako dies in the first episode and Rinazou dies before the start of the anime. They obtained the sense of Taste from the First Person. 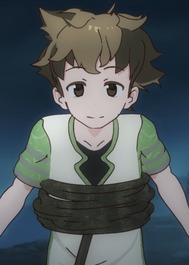 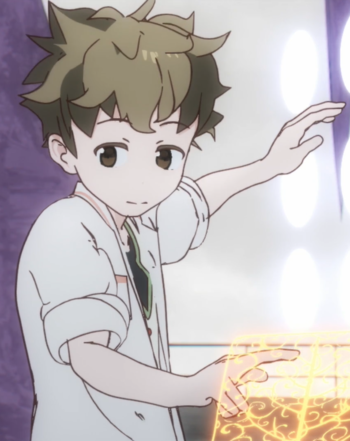 The Old Wakaba
A mysterious young man without any memories of who he is (except his name) or how he arrived to this world. The sisters encounter him on their water tank after he's apparently flushed inside of it. Wakaba is an extremely naive and curious boy with desire to learn all about the world, the sisters and, more importantly for him, Kemurikusa.

It's later revealed that Wakaba was some kind of alien scientist with the mission of copying Earth's assets using Kemurikusa, being the captain of the ship where the series takes place. Wakaba had to sacrifice himself in an effort to stop the Red Tree using his body as fertile soil to grow a Midori tree, but was apparently resurrected by the offspring Midori tree used by the sisters. It's unknown if the new Wakaba is him being Back from the Dead or some kind of copy created by the new Midori tree, however. 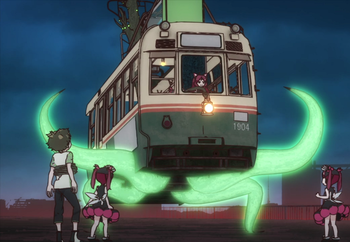 It's the one doing the flex.
A sentient Kemurikusa tree born from a sprout that the sisters encountered on a wall. Now it has grown inside an old train car thanks to Ritsu's efforts and serves as their main method of transport, capable of using its branches and roots to walk with said vehicle as a body.

It's later revealed that this Midori is an offspring of the giant Midori tree which the original Wakaba used in a failed attempt of stopping the Red Tree. 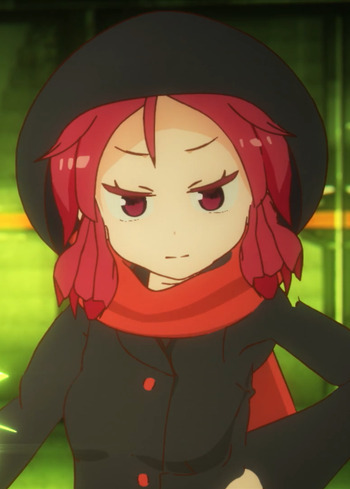 The third of the sisters to apparently die (not counting Rinazou's death), she was the only person in the group capable of operating Kemurikusa. She obtained the sense of Touch from the First Person. 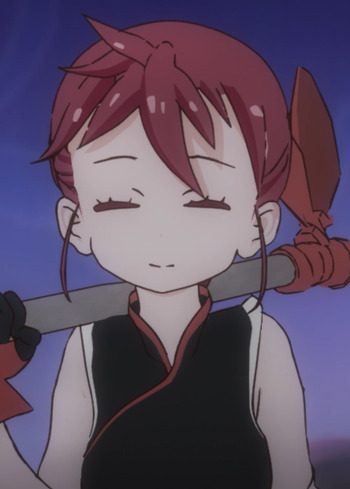 The second of the sisters to apparently die, she was the main fighter of the group before dying to a Nushi. Ryo is actually the eldest of the sisters (though it's heavily implied that they share the same age). She originally had both the sense of Memory and Smell obtained from the First Person before the former was transferred to Rin. 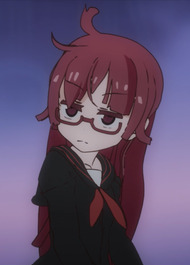 The first of the sister to apparently die, Ryoku was the brains of the group and the one that came with most of the plans. She was the only one with the ability to write and read, and also the one that obtained the sense of Sight from the First Person.
The First Person / Riri
Voiced by: Mikako Komatsu 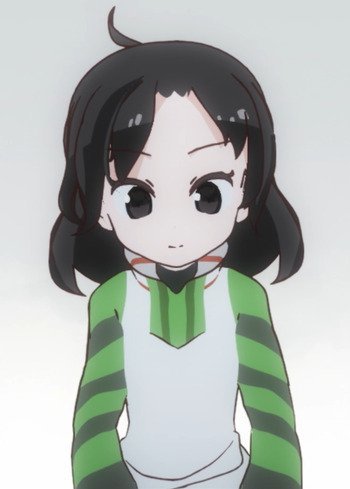 An orphan child which the original Wakaba apparently resurrected by accident using Kemurikusa. She's very curious and enthusiastic about it, but would rather prefer to spend her time playing with Wakaba, who in return is always busy with his construction workload. For this reason she decides to create a new Kemurikusa capable of consuming all of the inventory so Wakaba doesn't has to work anymore, but this backfires horribly...

She's the original form of all the sisters, splitting herself apart using a new Kemurikusa combination in an effort to save Wakaba's life after she inadvertently creates a threat to the world. 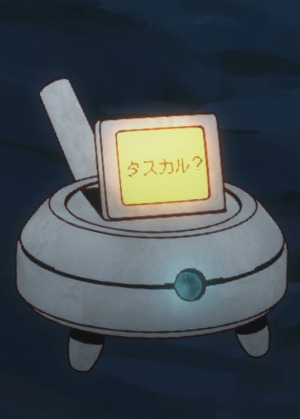 Small, Roomba-like robots with unknown purposes for most of the story. One of them starts following Wakaba in Episode 5 and becomes part of the main group for the remaining part of the season.

The Shiros are, in fact, the pre-infection forms of the Red Bugs, being capable of combining themselves into bigger and more powerful robots. Later on the season, it's revealed that the Shiros were part of the ship's crew employed by the original Wakaba on his mission of copying Earth with Kemurikusa, but were abandoned and left with nothing to do after Wakaba's death and the Red Tree's takeover. 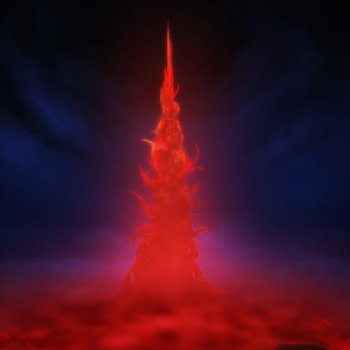 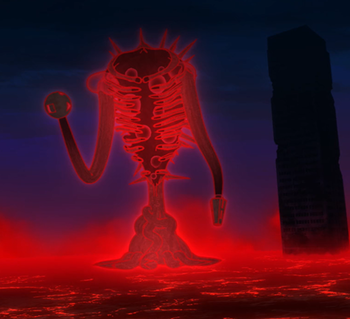 A massive, sentient Kemurikusa born after Riri combined some of them in an attempt to stop Wakaba from overworking. Now it's out of control and ready to destroy all Kemurikusa and Kemurikusa-based lifeforms which, unfortunately, includes the sisters. 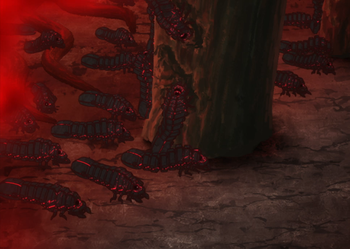 This is just one of their many forms.
Mechanical lifeforms that have been infected by the red fog. They act as the main enemies the group face during their travel.