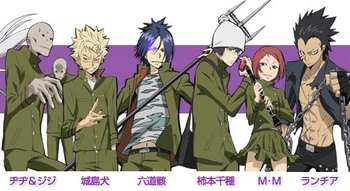 The main members of the Kokuyo Gang from left to right, the Bloody Twins, Ken, Mukuro, Chikusa, M.M, and Lancia.note Also Chrome Dokuro and Fran. 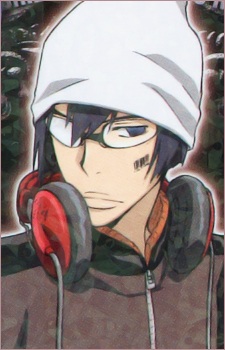 One of the silently dedicated members of Mukuro's Gang, Chikusa is an ace with YoYos. Not only is he good with them, but they also carry some sort needles that may or may not be poisonous. Along with his usually apathetic personality, this guy spends almost all of his time with his dog-like antithesis, Ken, trying to free Mukuro from his prison. In the future, he's still just as stoic as always, but he does it in style. He also seems to like drinking bottles of stuff. 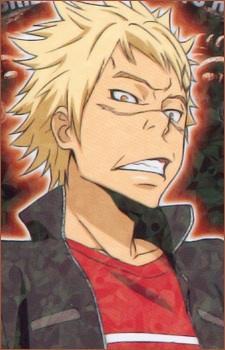 Scars Are Forever, is something that Ken knows well. You wouldn't give very much sympathy, until you learned of his super Dark and Troubled Past with his companions Mukuro and Chikusa. Other than that, he's just a Jerkass, to Chrome, pretty much. Or maybe he's just Tsundere. Who knows. He's just the Team Pet. Literally. He's got Animal Motifs everywhere, being that his main ability is to take on aspects of some violent animal. Think Animorphism meets TV. 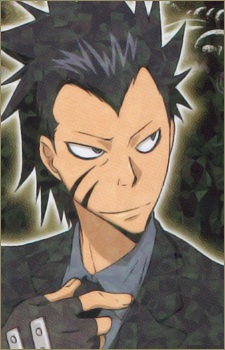 A young Mafia man whose family took Mukuro Rokudo in as a child. However he was betrayed and brainwashed by Mukuro's Hypnotic Eye, which forced him to kill his entire family. He was then forced to work for The Kokuyo Gang, and fought Yamamoto under the guise of his boss. His memories returned after his defeat, and he went back to Italy, promising to help the Vongola whenever they needed it. 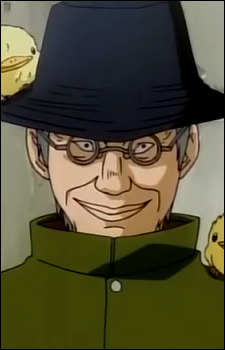 A Memetic Molester with a Slasher Smile. That pretty much sums up Birds. He threatened the girls (who should've been in the kitchen), and almost got Tsuna to stab himself. The only upside to him even existing is that he introduced Hibird, Hibari's first little pet-thing.

A creepy pair or murderous twins, who work along side with the sadistic Birds. Not only do they have ridiculously mutated bodies from their punishments in prison, but they have the horrible methods of killing people that got them there too! They end up getting beat down by Trident Shamal and TYL I-Pin. 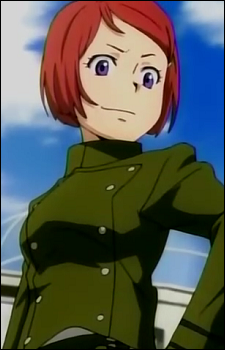 The Chick of Mukuro's Kokuyo Gang before Chrome comes along. She reappears in the Future arc.