This is a listing of free agents and other characters Katekyō Hitman Reborn!. YMMV items and subjectives go in the YMMV page for the series. Contains unmarked spoilers. 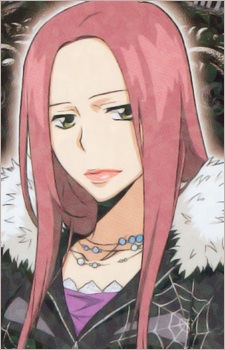 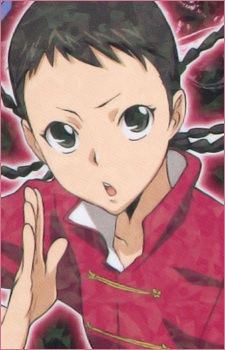 She is an assassin from Hong Kong, and speaks in nothing but Chinese. Even though this 5-year-old little girl can't speak Japanese, the 15-year-old "Adult I-Pin" eventually enters a Japanese college, and despite the fact that she is one of the most promising young assassins, she works part-time at a Chinese restaurant ten years later. She has a crush on Kyoya Hibari, who looks like her teacher. During times of extreme stress, she will latch onto the nearest person, and a clock will appear on her head, when it reaches zero, there is an explosion like a bomb. 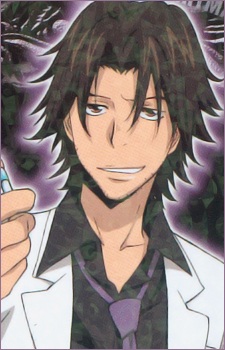 A womanizer who hits on every beautiful woman he sees. Though he is often unsuccessful, he is always seen hitting on one woman and then instantly moves on to hit on the next woman that passes by him. Surprisingly, putting aside his normal lecherous attitude, Shamal happens to be a notorious assassin called "Trident Shamal", and is also a renowned doctor, but he refuses to treat men. He uses trident mosquitoes to infect his targets with deadly illnesses. Since he contracts viruses and diseases easily, he carries 666 pills that contain mosquitoes infected with deadly diseases. He claims to be infected with all 666 diseases but is not dead because all of the diseases negate each other. He was also once asked to join the Varia but refused. 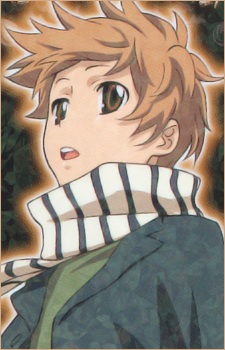 A young boy who ranks people by their abilities in a book half his own height. He has an extremely wide range of knowledge on thousands of people and is considered to be a valuable informant for the Mafia, sometimes being paid insane amounts of money for a copy of certain rankings, but due to this, he is often chased by the Mafia. When he ranks people, gravity around him becomes distorted, making objects around him float, and images of stars and galaxies appear in his eyes. It is unknown how he actually gathers his information, but his rankings do become skewed when it rains. He also has to be looking at the person to determine their rankings. He calls Tsuna his big brother and starts living in his house. In the future, after gathering information with Bianchi, Fuuta, who now carries a suitcase rather than a book, returns to Japan with crucial information about the Millefiore Family. Fuuta also reveals that he was Lambo's guardian until three years before Tsuna's arrival in the future, and prefers that Lambo not be endangered. 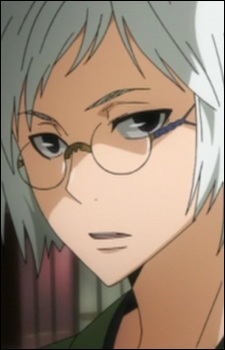 Kawahira is a character who is mentioned to be a frequent customer of the ramen shop where Future I-Pin works. Due to the Ten-Year Bazooka, Kawahira always gets his ramen with soggy noodles. An ally during the Future arc, but also an antagonist during the Curse of the Rainbow arc as Checker Face. 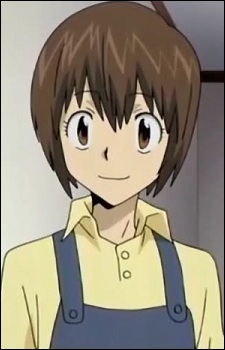 She is Tsuna's mother, who, despite caring deeply for him, has little belief in her son succeeding in life: She does not expect him to get into a good college, tends to have outbursts claiming that her son is a loser, is eternally grateful for Haru wanting to be his girlfriend despite how pathetic he is in her eyes, etc. She helps feed all of the people that are presently living in her house and does not see anything strange with any of them. In the future, she was revealed to be on vacation with her husband in Italy when the Millefiore Family attacked the Vongola Headquarters; her current condition is unknown. 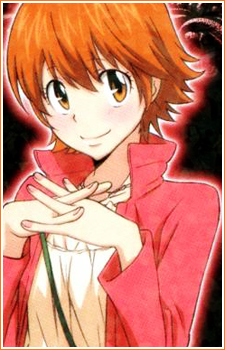 A good girl who likes cooking and knitting. Her brother Ryohei is virtually the opposite of her quiet demeanor, but they still get along, (not that you see them together often or anything). Tsuna's feelings for her stemmed from the fact that she was the only girl to talk to him in over a year, but now she's caught up in all this mess along with Haru. It seems like being constantly lied to has been getting frustrating to her. 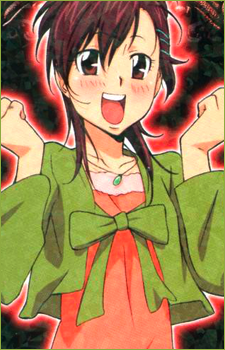 She is the one girl who actually likes Tsuna in a romantic sense and attends Midori Middle School, one of the toughest elite schools to get into in the area. She initially adored Reborn, but after she was saved by Tsuna, she diverted her adoration towards him instead. She loves children and is usually the one to babysit Lambo and I-Pin. 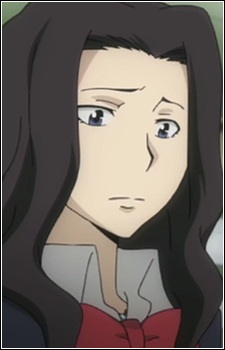 Kyoko's best friend who hates children to the point she gets hives when she gets near them. Ironically enough, she gets married to Ryohei later. 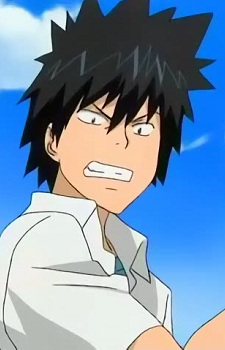 Kyoko's "ex" love interest and the very first antagonist, if you can call him that.

Yamamoto Takeshi's father and a practitioner of Shigure Soen Ryu. He owns a sushi shop called "Takesushi" and is quite a skillful sushi chef.

Hibari's enforcer and part of the Namimori Disciplinary Committee. He is shown to be Hibari's number two in the future arc and is the liaison whenever someone wants to talk to Hibari in meetings.