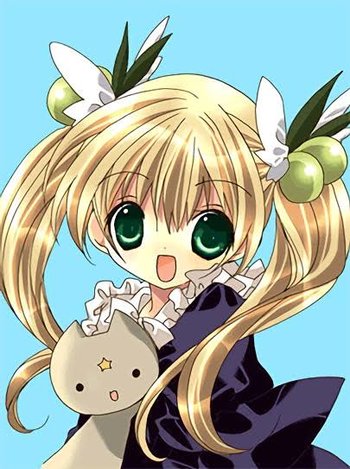 An ordinary 13-year-old girl living with her strict aunt after the death of her parents and beloved cat Shii-chan. After an encounter with the Kujo cousins, she discovers that the ring left behind by her mother is a holder of the power of God, and that she can use its power to transform into a goddess. She eventually moves in with Kujo Kazune and Himeka, transferring to their school.

It's later revealed that she is a de-aged Kujo Suzuka, wife of Professor Kujo Kazuto and mother of Himeka. Kazuto wiped her memories in order to protect her from Kirihiko, who was after the research regarding the power of God.

In Suzune's future timeline, Karin is a single mother, telling Suzune that Kazune left her for another woman, when in reality, Kazune died from battling. 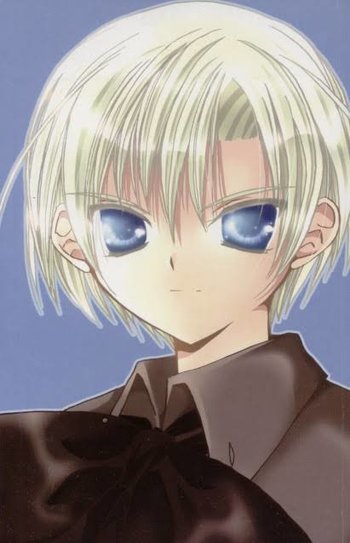 A cool and dependable boy who is Himeka's cousin. Though he is a bully to Karin, in the past, he was weak and cried frequently. He has his own school fanclub called the Kazune-Z.

In Suzune's future timeline, Kazune is said to have left Karin for another woman; but this was a lie created by Karin because she couldn't bear telling Suzune that Kazune died after numerous battles.

Residing in the body of Karin's deceased pet Shii-chan, Nyake is actually the goddess of victory, Nike.

A transfer student from England. Due to being hospitalized, he was held back for a year and is now in the same year as Karin, Kazune, and Himeka. He also gets his own school fanclub called the Michirians.

His attachment to Kazune is revealed to be because of Kazune's resemblance to his father, Kujo Kazuto, who took care of Michiru after saving him from the traffic accident that killed both of his parents.

In Suzune's future timeline, Michiru is said to have died before Kazune. Hearing this from Kazune himself, Michiru decides to withdraw from wielding the power of God, but later returns to protect Kazuto's will.

An Idol Singer who transfers to Sakuragaoka Academy in Chu, claiming Karin to be the goddess he sees in his dreams. He also gets his own school fanclub called the Jin's.

It's later revealed that just like what Karin is to Suzuka, he is a de-aged Karasuma Kirihiko. Unlike Karin's case, he lost his memory and was reverted to a child after fighting in battle. 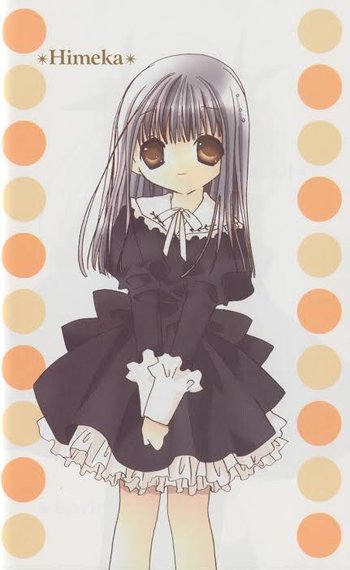 A kind and beautiful girl who is Kazune's cousin. Her head is often in the clouds, and she has a tendency to talk slowly. Upon meeting Karin, they immediately become best friends.

She's actually the daughter of Kujo Kazuto and Suzuka. After Kazuto's colleague Kirihiko targeted the fruits of their research regarding the power of God, Kazuto hid the research inside Himeka and split her into two: the other being Karasuma Himeka. When one Himeka's health improves, the other one's physical condition deteriorates. 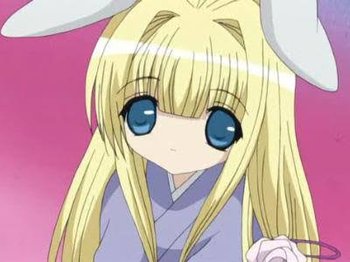 Kazune's younger sister, who initially appears as a mysterious girl that frequently bumps into Kirika. Her original form is a bird kept by Kazune as a pet.

Kazune and Kazusa's deceased father who was a university professor in England.

The Kujo family butler, who seems to know a lot about the god powers and about Karin. It's later revealed that he is Kazuto's father, making him Kazune, Kazusa, and Himeka's grandfather. 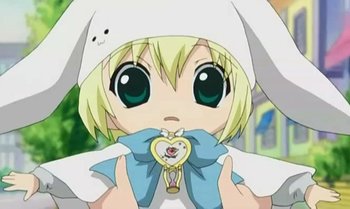 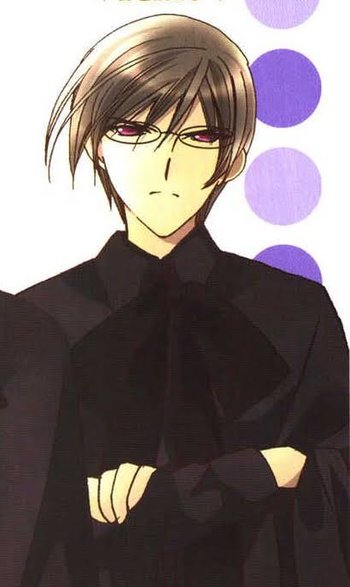 The student council president of Sakuragaoka Academy and Kirika's older twin brother. The current eldest member of the Karasuma family who serves as an antagonist to Karin and Kazune.

In Rika's future timeline, Kirio dies due to the aftereffects of experiments that Kirihiko made him undergo. Wanting to prevent the same to happen to Kirika, he teams up with Rika to once again antagonize Karin and company. 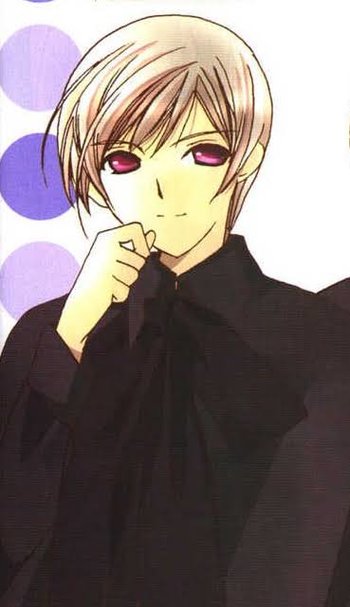 Kirio's younger twin brother. Sister, actually. Though he is a gentle person, he only fights because of Kirio. Karin develops a crush on him, until it's revealed that he's actually a girl. Kirika only posed as a guy because she wanted to follow Kirio, who became obsessed with Himeka and the Kamika rings.

In Rika's future timeline, Kirika is bedridden due to the aftereffects of experiments that Kirihiko made her undergo, prompting Rika to find a way to save her. 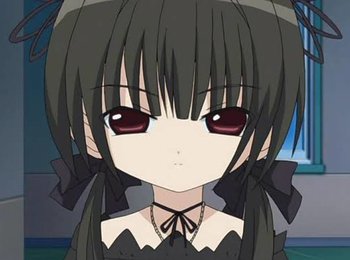 Kirio and Kirika's youngest half-sister from a different mother, who spends most of her time in bed due to her poor health.

She's actually the daughter of Kujo Kazuto and Suzuka. After Kazuto's colleague Kirihiko targeted the fruits of their research regarding the power of God, Kazuto hid the research inside Himeka and split her into two: the other being Kujo Himeka. When one Himeka's health improves, the other one's physical condition deteriorates. 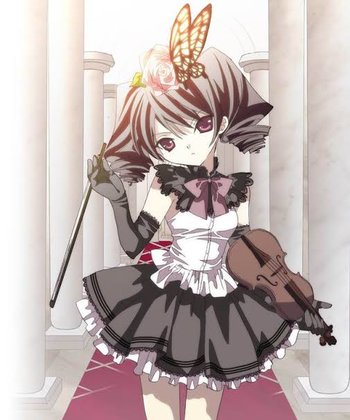 Introduced as the mysterious girl who sets the Seed of Chaos that caused Karin's Chronos Clock to reverse, Rika is Kirio and Kirika's younger sister. She later transfers to Sakuragaoka Academy.

It is later revealed that she is an older Himeka, who travels to a past timeline in order to revive Kirihiko, whom she believes can cure Kirika from the uncurable illnesses she sustained due to Kirihiko's experimentation.

The deceased father of the Karasuma siblings. He was Kazuto's colleague, who was at odds with him and his research.

Karin's classmate and Miyon's best friend. He is skilled at the violin.

A manga-only character and Michiru's childhood friend who comes to the Kujo mansion to deliver a special something.