This is a partial character sheet for Kamen Rider Zi-O. Visit here for the main character index. Subjective trope and audience reactions should go on the YMMV page. 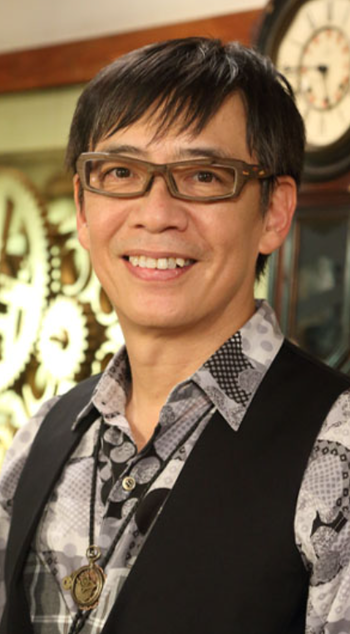 Sougo's great uncle and guardian. He runs a watchmaking and repair shop by the name of Kujigojido. He often provides our heroes with cryptic hints and vital advice that aids with their mission.
Advertisement: 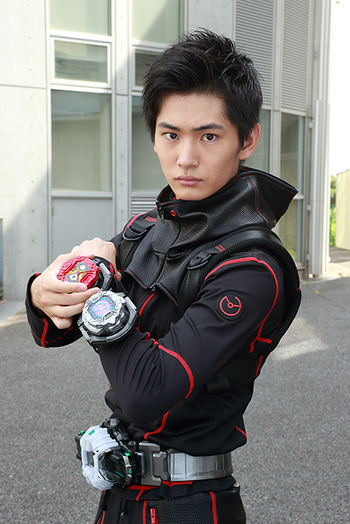 Zi-O! The only one who can defeat you… is me.
A Kamen Rider from 2068 and a member of his time's resistance army. In an attempt to change the future, he travels back in time to kill Zi-O before he gets a chance to rise to power in the first place. Through some convincing, and after seeing Sougo's resolve firsthand, he instead moves in with the young Rider and accompanies him on his journey.

Tropes exclusive to him as Kamen Rider Geiz 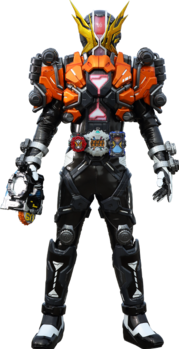 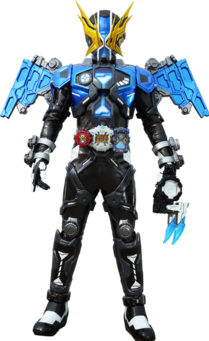 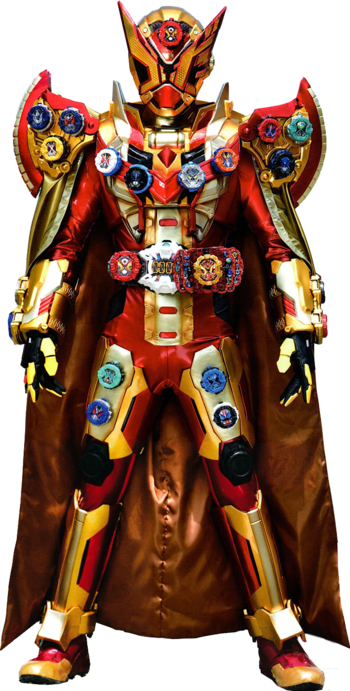 A mysterious girl from 2068 and Geiz's fellow resistance member who travels alongside him to 2019. Unlike Geiz who advocates outright killing Zi-O, Tsukuyomi instead chooses to guide Zi-O from the path of villainy by having him meet and learn from past Riders, in the hope that he becomes a heroic Kamen Rider.

Her true identity is later revealed to be Alpina, a princess of a royal family hailing from another timeline with the power to control time, as well as the younger sister of Swartz. She eventually gains the ability to transform into Kamen Rider Tsukuyomi. 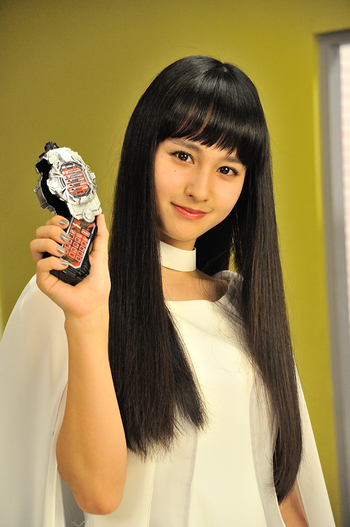 Tropes exclusive to her as Kamen Rider Tsukuyomi