This is a partial character sheet for Kamen Rider Ryuki. Visit here for the main character index. Subjective trope and audience reactions should go on the YMMV page.

Warning: this Characters page contains unmarked spoilers. Unless noted, this page deals with the TV Series continuity, not the Episode Final or 13 Riders continuities. 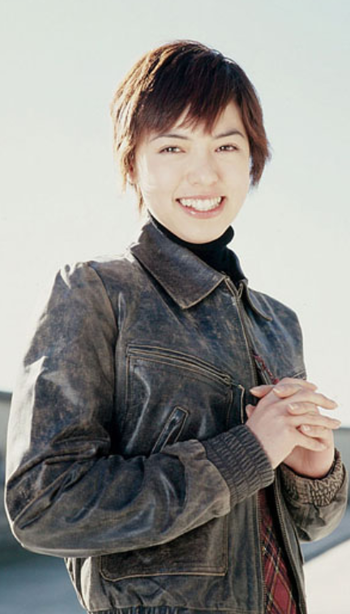 As a young girl, Yui Kanzaki was cursed with the power to see the Mirror World and its monstrous residents; an ability which made her the victim of merciless taunts by skeptical schoolmates. Added to that an abusive family-life and it was little wonder that Yui gravitated so closely to her brother, Shiro. Together, they formed the foundations of the Mirror World, creating the Mirror Monsters to act as their guardians but then...Yui died.

Unable to accept her death, Shiro made a deal with Yui's Mirror World self to resurrect her, although she would disappear forever on the day of her 20th birthday. The resulting breach in realities as the Mirror World-Yui merged with the real Yui caused a fire in the Kanzaki mansion, killing both their parents. Yui was adopted by her grandmother Sanako while Shiro was taken in by a different set of relatives and sent to America.

For years, Yui lived ignorant of her death and would likely have remained so if not for the Rider War. Refusing to believe that her brother would be so cruel as to set twelve individuals against each other, she begged for answers from her now estranged brother. Eventually, realizing the truth as her body slowly began to crumble away, Yui made a final desperate plea for Shiro to stop the Rider War.

She would succeed, as on the verge of allowing Kamen Rider Odin to become the final Rider, Shiro finally had a change of heart and destroyed his own minion. Shiro then reversed time and allowed himself to die alongside Yui, entering the Mirror World with her alongside their Mirror World selves to live the rest of eternity in peace. 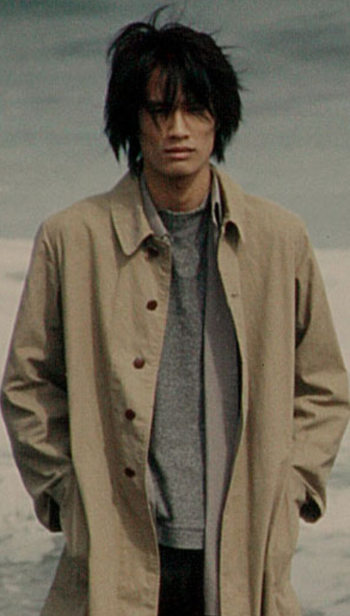 The Big Bad and mastermind behind the Rider War. Kanzaki is the creator of the Advent Decks, chooses who to give them to and subconsciously encourages the wielders to fight. He is a psuedo-being of the Mirror World, living in the Mirror World and able to travel through reflections but unable to tangibly interact with the real world in the way that Mirror Monsters can. He can also control the Mirror Monsters, sending them to fight specific Riders and provoking conflict. He promises to offer power great enough to grant a single wish to the last remaining Rider: this is a half-truth, as his plan is to have Odin kill the last Rider and take the power for himself.

For the majority of the series, Kanzaki's motives are wrapped in mystery. But despite his inhuman demeanour and powers, his motives are far too human: to save the life of his sister Yui. For it was his decision as a child- an all-too-human decision- that led to the Mirror World Yui replacing the life of his dead sister; a decision he made because he could not stand to lose the one thing in his life that brought him hope. And when he was forcefully separated from her, taken to America by relatives, he screamed and pleaded not to go.

From that point on he dedicated his existence to finding a way to save her. He studied the Mirror World, discovering how to harness its power and extend Yui's life. He even discovered how to use it to manipulative time itself, and became a being of the Mirror World.

But Kanzaki couldn't get the outcome he wanted. After every failure, he would rewind time and do things differently, making small changes in the hope that it would edge him closer to his desired outcome. But no matter how many times he ran the Rider War, no matter how many advantages he gave himself or how many changes he made, he could never do it. And there were some things that he couldn't change at all: Shinji always became a Rider, and would always be an unwanted presence in Kanzaki's plan. And Yui, upon finding out the purpose of the Rider War, would always reject the new life he had worked so hard to give her.

It is unknown how many times Kanzaki rewound time, changed history and ran the Rider War. But distortions were beginning to appear in time itself. For example, there were records showing that Kanzaki had died in America at the same time he was studying in Japan. In the end, he finally accepts the bitter truth: that Yui would never accept the new life, that all his efforts were misguided. So once again he rewinds time to the moment of Yui's death, but this time he enters the Mirror World to be alongside her Mirror World self forever. Yui is never reborn, the Mirror World remains closed, and the Rider War never occurs in the first place. 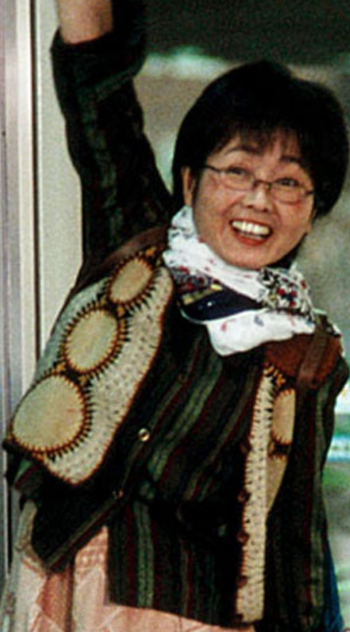 Yui's aunt and owns the coffee shop Atori which is the home of theirs as well as Shinji and Ren. 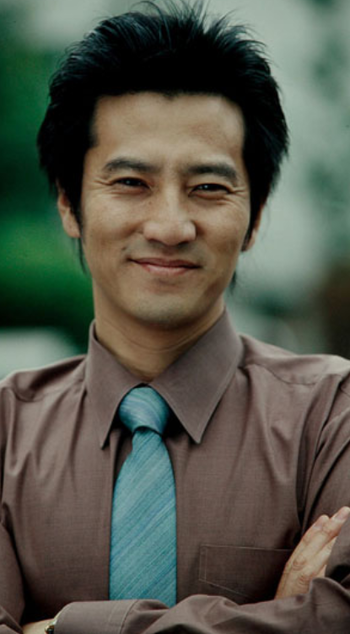 The editor-in-chief of the online newspaper ORE Journal, and Shinji's boss. 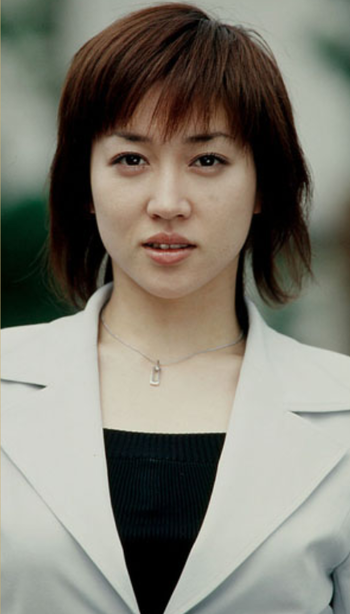 A reporter for ORE Journal, and Shinji's co-worker. 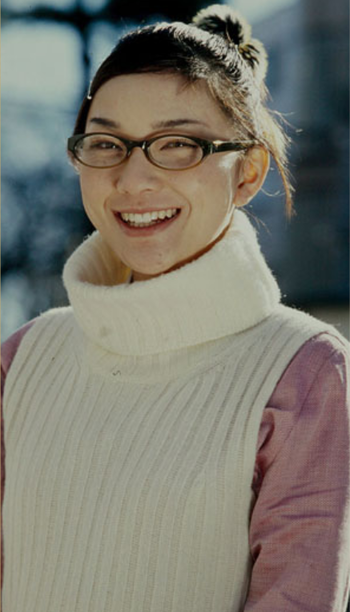 The system technician for ORE Journal, she updates and maintains the actual website. 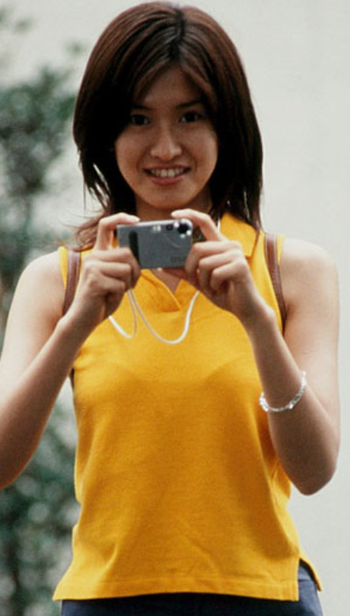 Kitaoka's secretary before Goro. After her debut, she becomes a journalist for ORE Journal.

"To sacrifice one life in order to save ten: that is the meaning of a true hero." 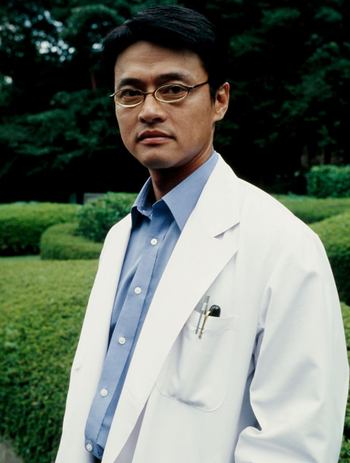 Once a mentor to Shiro Kanzaki, Kagawa accidentally glimpsed notes made by his student concerning the Mirror World and due to his Photographic Memory, was able to recall every detail of Kanzaki's plans. When his student, Satoru Tojo became Kamen Rider Tiger, Kagawa enlisted the young man and one of Kanzaki's former colleagues, Hajime Nakamura, to close the Mirror World, on the pretense that it was the heroic thing to do. Living by the mantra 'One Life To Save Ten', Kagawa attempted to assassinate Yui to render Kanzaki's plans redundant but would find the likes of Shinji and Ren a constant thorn in his side.

Eventually, when at a hair's breadth away from fulfilling his mission, Kagawa was betrayed and killed by Tojo, his body dissolving from the arms of his treacherous student. 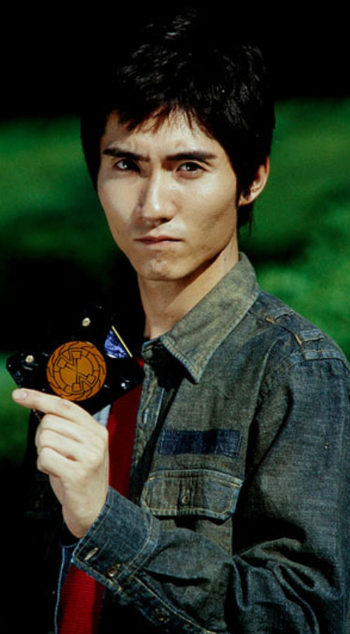 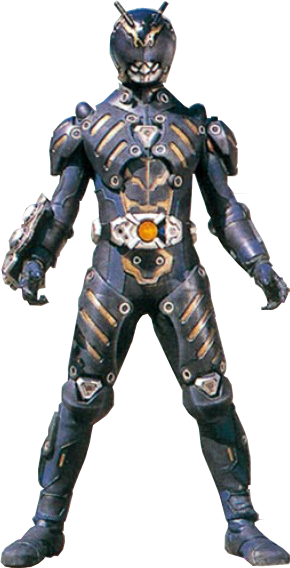 A former colleague of Shiro Kanzaki at the Ejima Lab. He was away when Kanzaki conducted his experiments, thus he became the only survivor from the lab's staff. Although Yui and Reiko each ask him about his involvement, he vehemently refuses to answer them. Later, he is discovered to have teamed up with Hideyuki Kagawa and Satoru Tojo, seeking to close Mirror World by killing Yui. After Shinji thwarts his attempts, he is ambushed by Tojo, showing that the latter would not be afraid to betray his allies to fulfill his twisted morals. 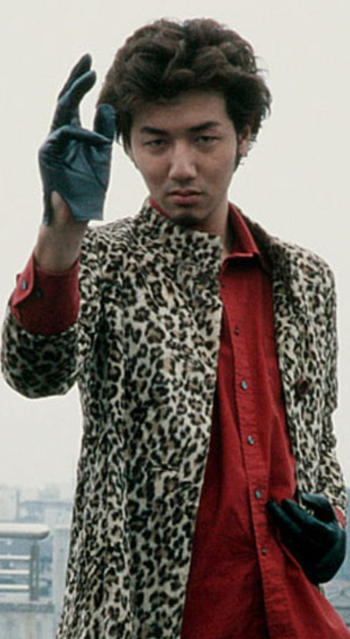 Goro is the manservant of Shuichi Kitaoka, and utterly devoted to the man. He's a talented cook and martial artist, and for a brief moment it was hinted that he was Zolda. He also has an odd habit of whistling, and admires anyone who has an equally good whistle. Goro knows about Kitaoka's double-life as Zolda, and it causes him great pain to think that his master is fighting for his life every time he transforms.

Goro's dedication to Kitaoka came from a sense of guilt: Kitaoka had defended Goro in court against a false charge instead of attending a medical examination that could have detected his disease earlier and saved his life. Kitaoka holds no grudge against Goro, but the young man feels beholden to Kitaoka. At one point, Goro nearly murders Asakura to protect his master. But Kitaoka stops him, knowing that the act would have shattered Goro emotionally and gently telling him that it was not his duty to fight his battles for him.

Sadly, it was the very act of fighting one of Kitaoka's battles for him that led to Goro's death. Having refined his abilities to the level of a master chef, Goro could have left and lived his own life. But instead, with Kitaoka determined to finish things with Asakura but unable to because of his rapidly failing health, Goro takes the Zolda Deck and goes in his place. The Mirror World is where Goro meets his end. 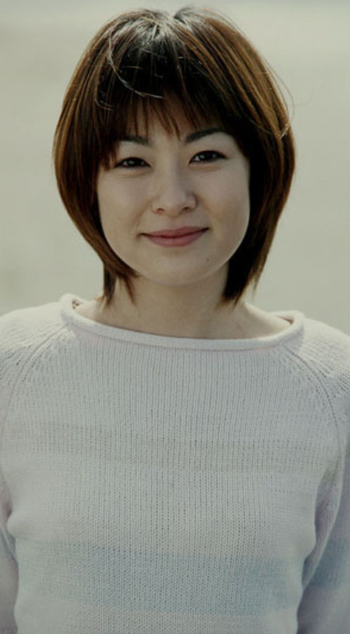 Ren's fiancee who ended up in a coma due to Darkwing, thus becoming Ren's reason for joining the Rider War. 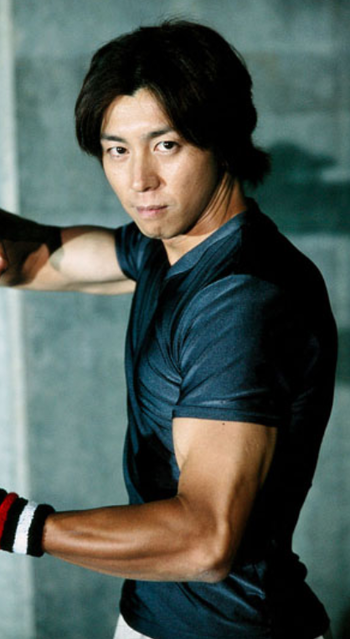 The previous user of Kamen Rider Ryuki before it got passed on to Shinji.