This is a partial character sheet for Kamen Rider Den-O. Visit here for the main character index. Subjective trope and audience reactions should go on the YMMV page. 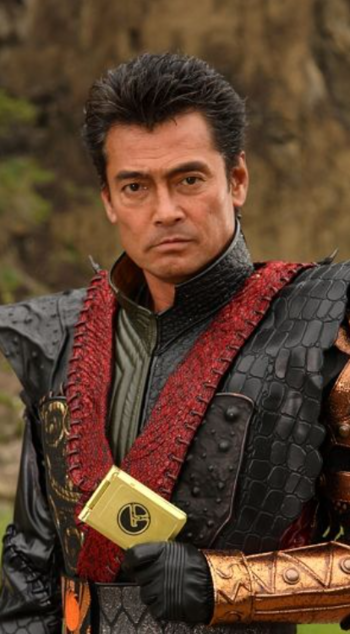 "I will devour everything!"

The Big Bad of the first movie, Gaoh is a thief-king who, along with a gang of rogue Imagin following him, targets time trains. After getting Ryotaro to chase an Imagin to 2000, he stole the DenLiner in order to go further back in time, as well as to obtain the Master Pass from Owner, which allows its user to go to any time period they wish. Upon arriving in the Sengoku period, he manipulates Yukimura Sanada into helping him uncover the GaohLiner, a time train originally named "God's Train" due to its ability to control time, even being able to erase Singularity Points. In the end, Gaoh is brought down by the combined efforts of all four Den-Os (collected from various points in time by Yuto) and Zeronos. 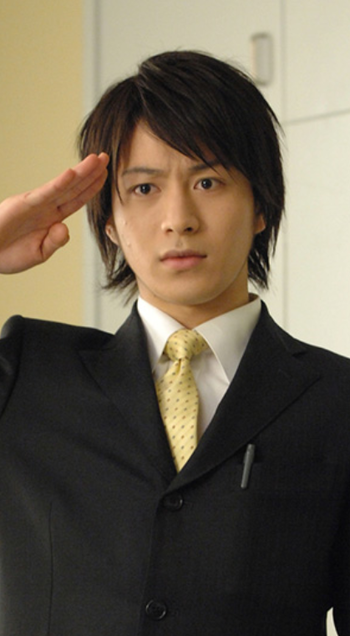 A police detective, Suzuki is assigned to work with the DenLiner Police in order to investigate the rash of Imagin and Fangire-related crimes that have been on the rise lately. Initially he doesn't mesh with the team at all, being freaked out by the Imagin and blindly pursuing the criminal Seiya Kuroki. Eventually they learn that his father Kazuma Suzuki (portrayed by Ryoji Morimoto) was a great policeman and he just wants to live up to his example.

"My evil organization is eternal!"

The Big Bad of Climax Deka, Negataros is a rogue Imagin who survived Kai's death and struck out on his own, attempting to found an Evil Organization. In his quest, he recruited human criminals as well as Imagin and Fangire, and eventually drew the DenLiner Police's notice when he stole Owner's spare Rider Pass. In the final battle, he used the Pass to transform into Nega Den-O, but was taken down by the combined efforts of the DenLiner crew and Kamen Rider Kiva. 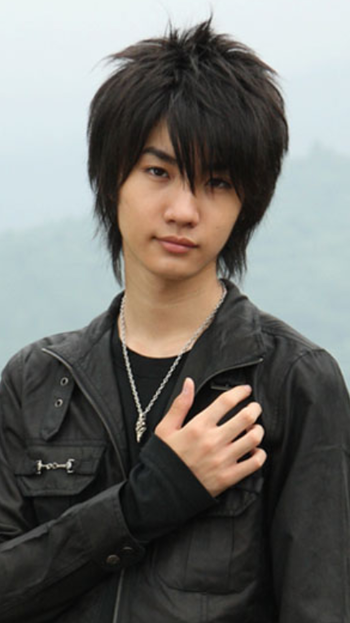 Ryotaro's Grandkid From The Future. He grew up listening to stories of Ryotaro's exploits from Owner, and eventually became the new Den-O along with his partner Imagin Teddy. The smug, arrogant Kotaro looks down on Ryotaro and the Taros, thinking them to be weak fools who could barely get the job done, and stepping in to take over as the protector of the timeline. However, after fighting alongside the younger Ryotaro and his allies, Kotaro gained an honest respect for his grandfather and mellowed out a good deal.

Kotaro's partner Imagin, Teddy is quiet, polite, and reserved. Unlike the other heroic Imagin who possess their contractors, he assumes the form of a two-handed sword dubbed the MacheTeddy in order to aid Kotaro in battle. He attempts to subdue Kotaro's brashness, and often ends up apologizing to the DenLiner team after the young man leaves the room. His capture while attempting to spy on Shiro gives the first indication that Kotaro might have a softer side, and the two are friends and partners despite their differing personalities and the master/servant relationship they seem to exhibit.
Shiro/Kamen Rider Yuuki 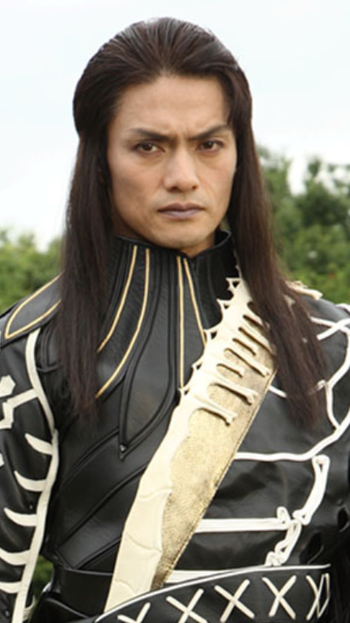 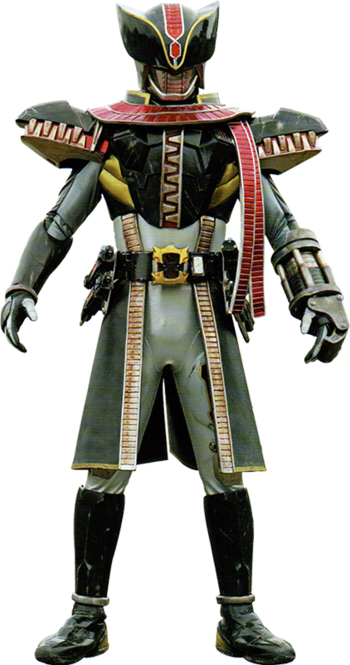 The primary antagonist of Final Countdown, Shiro was a man from the Edo period who lost Sora, the love of his life, and was unable to move on. After dying, he discovered the Ghost Train and plotted to reverse the worlds of the living and the dead, bringing Sora back to life no matter the cost. He kidnapped Ryotaro in order to further his goals, but eventually had to personally enter battle as Yuuki Hijack Form. 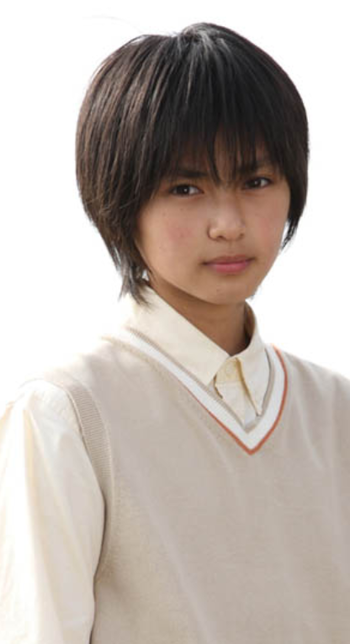 A young boy from Tokyo; after his mother's death he was forced to relocate to his grandmother's in the countryside. He prefers the busier city life instead of the dirtier country life, especially as he hates bugs. Because of his apparent contempt for the countryside, he's nicknamed "Tokyo Boy" and bullied by fellow classmates. His life starts to change after he discovers the Kirifuda, a trump card against humanity that is desperately wanted by the Oni searching his village for it. 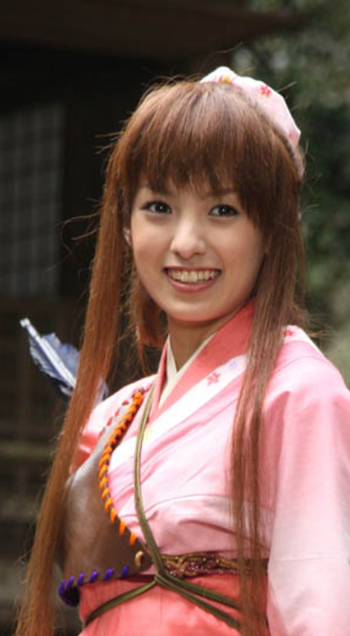 Toki is the protector of the Kirifuda during the Muromachi period, protecting it from the Oni Brothers with her master archery skills. She is the ancestor of Yu's mother.
Mimihiko/Shilubara 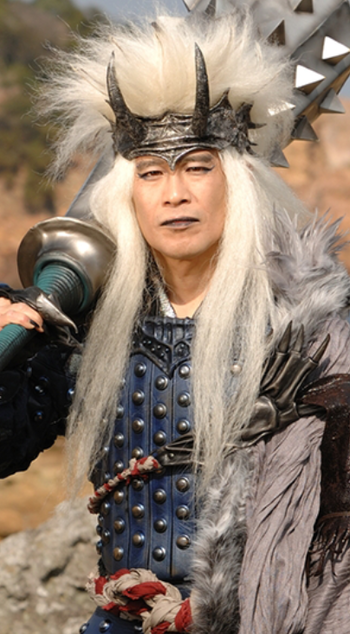 One of the leaders of the Oni, alongside his brother Kuchihiko. While his brother waits for him in the present, Mimihiko uses a rip in time to travel to points in the future with a small band of Oni and look for the Kirifuda that they plan to use to exterminate humanity. This causes a disruption in time that temporarily deprives the Taros of their physical forms and physically de-ages Ryotaro. Is able to transform into the dragonfly-like Shilubara.
Kuchihiko/Goludora 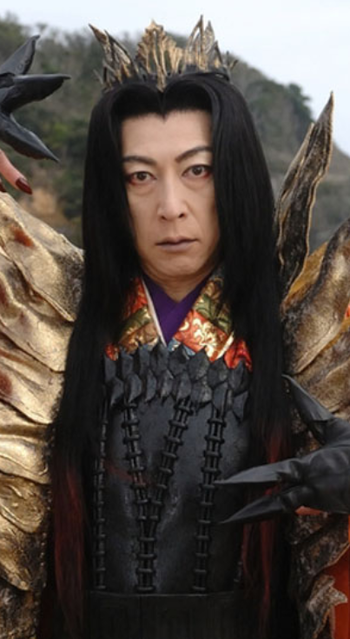 One of the leaders of the Oni, alongside his brother Mimihiko. While Mimihiko searches for the other half of the Kirifuda in the future, Kuchihiko wages war against humanity in the past, particularly against the people of Toki's village. He is able to transform into the golden grasshopper-like Goludora. 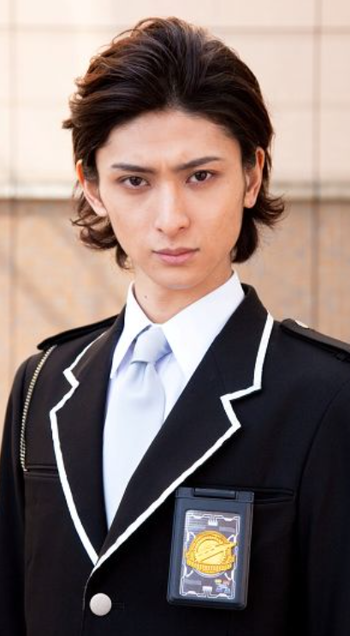 G-Deno/Eve
A member of the G-Men, Kurosaki uses the artificial Imagin Eve to protect the timestream as Kamen Rider G Den-O. He initially appears chasing Daiki Kaito/Kamen Rider DiEnd, who was attempting to cause a Time Paradox by killing his past self, but then he arrests the Taros as well, Eve claiming that their mucking about time with the DenLiner will only cause trouble. While he pursues Kaito, the DenLiner crew tries to sort out the situation and figure out what Kaito's overall goal is in the incident.

A little girl who gets target by Shocker for a treasure she supposedly has.