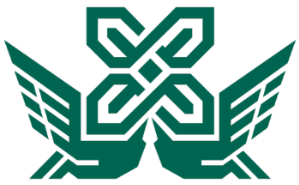 One of the three states created by the Skywall Disaster, Touto's territory stretches the eastern side of Honshu island. Their main doctrine is to adhere to the values of traditional pacifism but despite that, there seems to be movement to increase their military power. They currently have the Pandora's Box in their possession.

Because of the nature of the characters on this page, it is impossible to discuss them in detail without spoiling major elements of the story. Unmarked spoilers below. 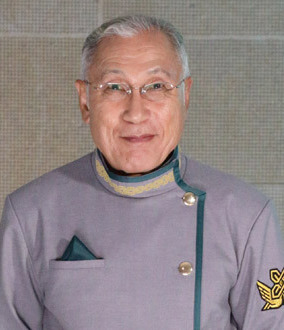 The Prime Minister of Touto and Gentoku's father. Unlike the leaders of Seito and Hokuto, he ultimately wishes for Japan to be whole again in a way it was before the Sky Wall Incident, not the war of conquest they want. 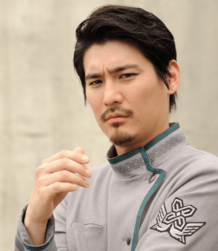 "I will sacrifice you for the greater good!"
The head of the Touto Institute of Advanced Matter Physics as well as an aide and son to the Prime Minister of Touto, Gentoku oversees the research on the Pandora's Box. Was present at the Skywall Tragedy 10 years ago, and thus was also affected by its energies, increasing his aggression.

He is the true identity of Night Rogue, one of the creators of Faust. After being expelled from Touto, he becomes a servant of Seito, using the Crocodile Crack Bottle with the Sclash Driver to transform into Kamen Rider Rogue. 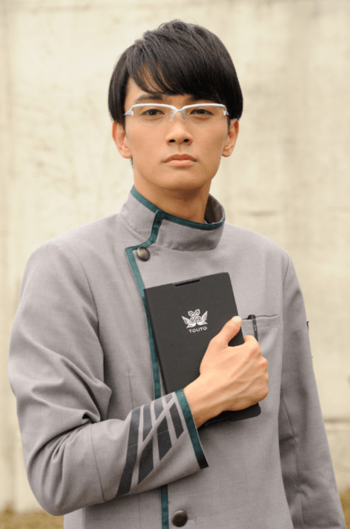 "For the sake of Namba Heavy Industries!"
The secretary to Gentoku Himuro and another aide to the Prime Minister of Touto, Utsumi is rarely seen without his boss. After seemingly being killed by Gentoku as a substitute Night Rogue, he's saved by Stalk and recruited to work for Namba Heavy Industries. In this role, Utsumi develops Hokuto and Seito's Sclash Drivers, recreates the Kaiser System to create the Bros, and takes the original Transteam Gun for himself to become the second Night Rogue. He later uses the Evol Driver together with the Bat and Engine Fullbottles to become Kamen Rider Mad Rogue after being driven insane by Evolt.

Tropes exclusive to him as Kamen Rider Mad Rogue: 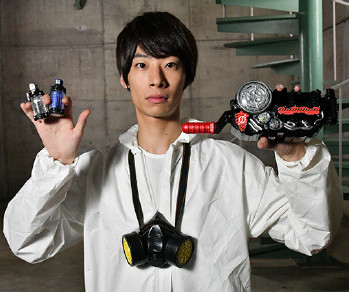 The researcher originally in charge of studying the Pandora's Box, a brilliant man known as "The Devil's Scientist" by his colleagues. Ryuuga was arrested for his murder prior to the series, and discovering the mystery behind Katsuragi's murder is his main motivation.

He was a founding member of Faust, the original planner of Project Build, and most importantly, the true identity of Sento Kiryu. 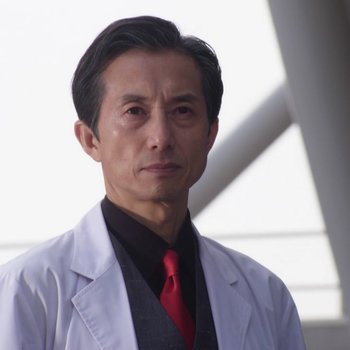 Takumi Katsuragi's father and the lead scientist on the fateful Mars expedition, Shinobu was blamed for the ensuing Sky Wall disaster and driven to suicide as a result. His suicide drove his son Takumi to the path of revenge that would bring about Project Build.

In truth, before his supposed death, Shinobu was blackmailed by the newly-arrived Evolt into fixing the broken Evol Driver, and his research notes on Evolt, the Evol Driver, and the Pandora Box prove crucial to the creation of the Genius FullBottle. Supposed death, because evidence soon comes to light that like his son, rumors of Shinobu's death have been greatly exaggerated.

Two of Sento's coworkers at the Touto Institute of Advanced Matter Physics. Like almost everyone else there, both are secretly Faust agents.

Robot soldiers created by Namba Heavy Industries and sold to all factions in Japan, and possibly worldwide. Touto uses them as the bulk of their peacekeeping force.