Characters / Justice League of America (2013)
aka: Batman And The Outsiders Katana 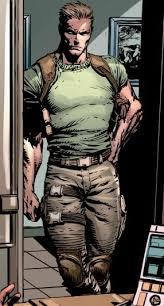 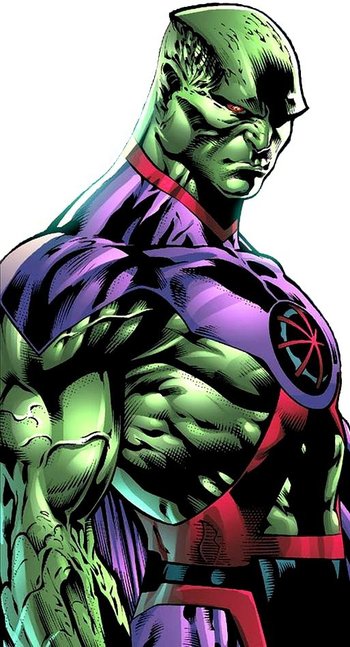 Last living Martian and a mental and physical powerhouse, J'onn was recruited to counter Superman. 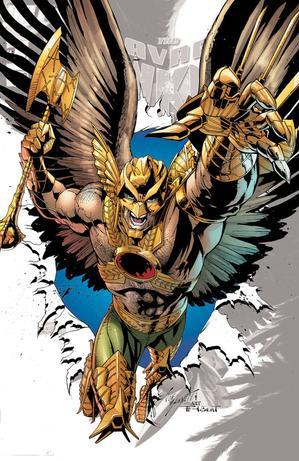 A ferocious flying warrior, Hawkman was recruited to counter Aquaman.

See his own character sheet for more. 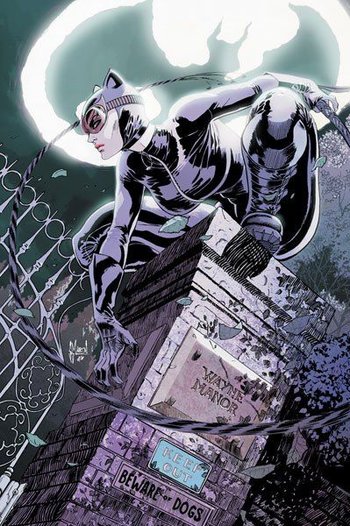 Catwoman is confronted by Steve Trevor, who offers her a spot on Amanda Waller's new Justice League of America. Selina initially refuses, but accepts the offer after Trevor promises to help her track down a woman who has apparently been posing as Selina. It is later revealed that Catwoman was chosen specifically to take down Batman should the JLA ever need to defeat the original Justice League.

See her own page for more. 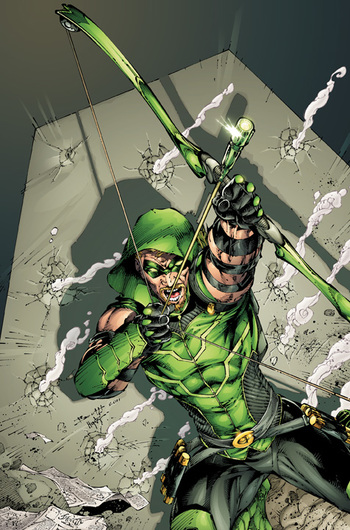 Queen is part of a crack state-sponsored team assembled by Amanda Waller and Steve Trevor of A.R.G.U.S. to bring in good PR for the US government and serve as a defense against the independent Justice League headed by Superman and Batman should they ever go rogue. 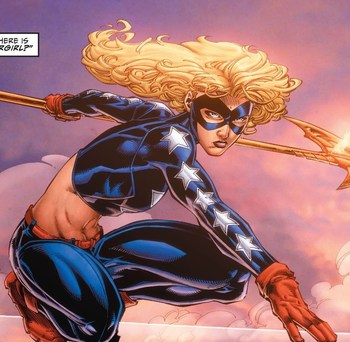 Stargirl appears in The New 52 as part of a new Justice League of America title. She was chosen by Amanda Waller as the public face of the JLA's PR campaign. After the disbandment of the JLA following the Forever Evil crossover event, Stargirl joined Justice League United.

See the JSA characters page or her own page for more info. 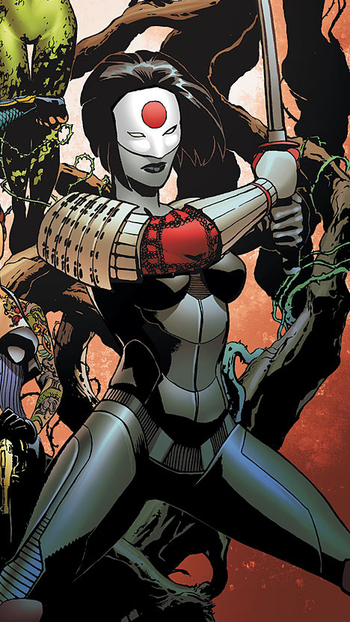 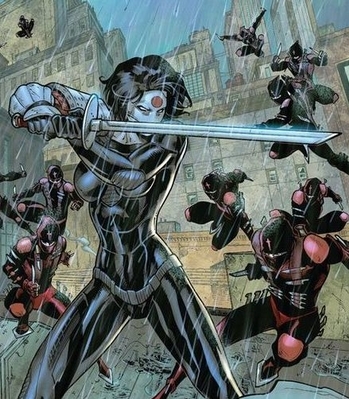 Katana is a DC Comics superhero first introduced by writer Mike W. Barr in Batman and the Outsiders back in 1983. A martial arts-themed superhero from Japan, Katana was one of DC's earliest Asian superheroes, as well as one of the few Asian superheroes of any notoriety.

Before becoming Katana, she was simply Tatsu Yamashiro, a young Japanese housewife. After Yakuza thugs killed her husband and children, Tatsu took up her husband's blade, Soultaker, and dedicated her life to cutting down evil wherever she encountered it.

The character has long been a supporting player in the DCUniverse, but finally ascended to a lead status as one of the main characters in the New 52 relaunch of Birds of Prey (a title that had previously been criticized for its lack of minorities). In 2013, Katana not only features in her own ongoing series written by Ann Nocenti, but is also a part of Geoff Johns' new Justice League of America line-up. During DC's Rebirth era, Katana served a prominent role as Rick Flagg's second in command in the 2016 run of the Suicide Squad. Then in 2019, DC released a new Batman and the Outsiders series which reunited her with fellow veteran Outsider Black Lightning.

Outside of comics, Katana has been featured in several episodes of Batman: The Brave and the Bold, and appeared as a main character in Beware the Batman. More recently, she was a character in DC Super Hero Girls, season three of Arrow, and in Suicide Squad (2016). 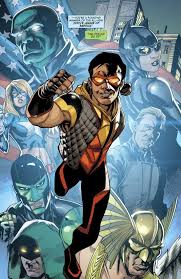 New to the super hero scene, an encounter with a boomtube gave him control over interdimensional vibrations. His abilities made him a counter to the Flash. 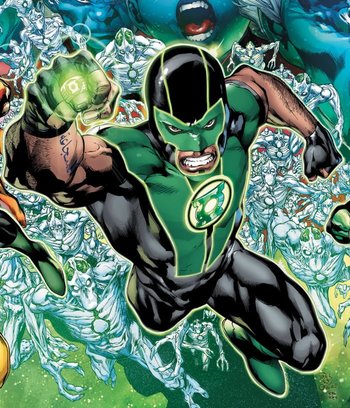 Every Justice League needs a Green Lantern and the new recruit was chosen to hold of Hal Jordan. 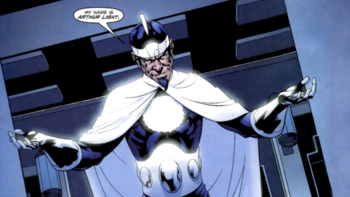