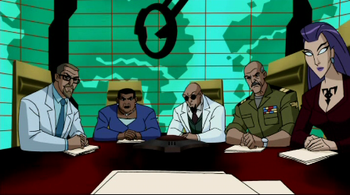 Batman: Project Cadmus is in the business of developing weapons, specifically to fight us.
J'onn J'onzz: They're worried we've grown too powerful, and they want to even the odds.

Project Cadmus, often referred to as simply Cadmus, was a secret division of the United States government dedicated to countering the power of metahumans in the world, particularly the members of the Justice League. 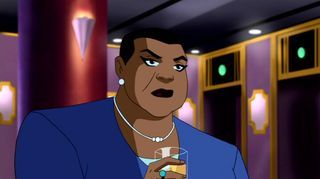 Voiced by: C.C.H. Pounder
Appearances: Justice League Unlimited
"You know, the Lord's been a great comfort to me all these years. Try not to look so surprised. Yeah, I've got a lot to answer for when I meet Him, but I'd like to believe that for all the harm I've caused, I've also done some good. Maybe the angels need a sharp sword too."

Amanda Waller serves as the Director of Cadmus, with a direct line to the President of the United States. 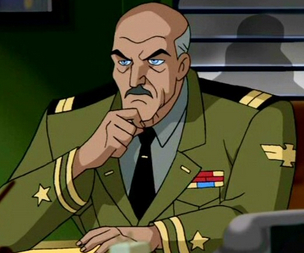 Gen. Eiling serves as the military director of Cadmus. Since actual military operations are rare within the organization, he more generally appears as Amanda Waller's right hand man, aiming for practical matters that even surprise her. After the fall of Cadmus as it was, Eiling decides to be more hands on and turns himself into a metahuman to directly fight the League. 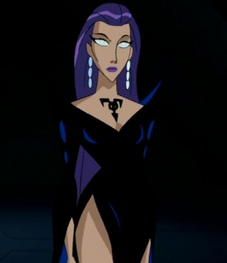 Tala serves as the Magic/Mysticism division head, and is the sole female division head. After the collapse of Cadmus, she becomes the right hand of the leader of the Secret Society, whomever that may be. 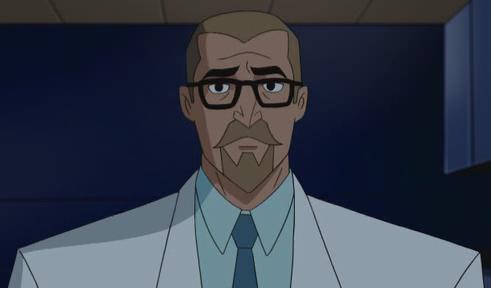 Dr. Hamilton serves as the Genetics division head. After falling out with Superman due to the Man of Steel's terrible actions at the end of Superman: The Animated Series, Dr. Hamilton turns to a power that he believes can keep the League in check. Galatea is his most prized project, and they have a father-daughter type of relationship.

Dr. Milo serves as the Splicing division head. His work was the least successful of each of the divisions. He was killed in his only featured episode after the beginning of the "Bat-Embargo", where characters more central to Batman stopped appearing in case they were to appear on The Batman. 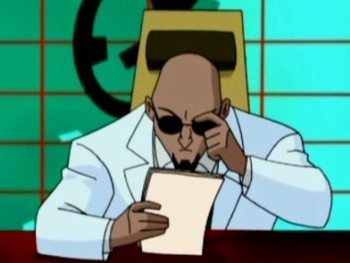 Dr. Strange serves as the first Psychology division head. He was also written out after the beginning of the "Bat-Embargo", where characters more central to Batman stopped appearing in case they were to appear on The Batman. 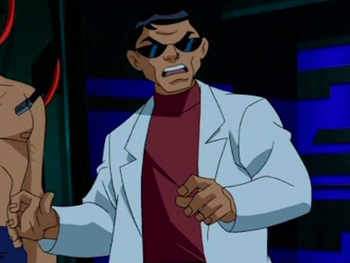 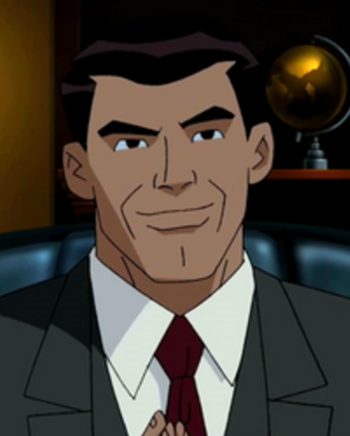 Maxwell Lord serves as the manager and public face of the Ultimen, and is less involved with the gritty missions of Cadmus as compared to most officers and agents. 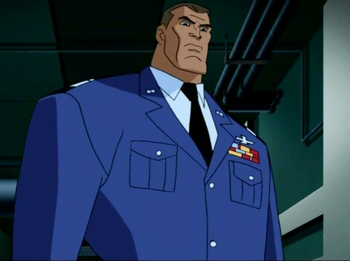 Voiced by: Adam Baldwin
Appearances: Justice League Unlimited
"Some of us don't have to be blackmailed into serving their country."

Colonel Rick Flagg, Jr. is a patriotic officer of the U.S.A who serves as the leader of Task Force X. He is the only non-criminal on the team, a talented hand-to-hand combatant, and a gifted tactician with a profound sense of duty and patriotism. 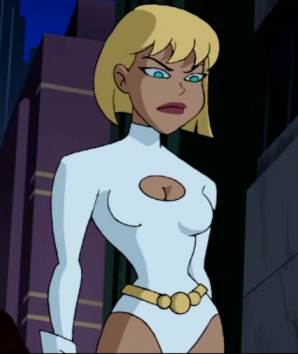 Dr. Hamilton's creation and surrogate daughter, Galatea is a clone of Supergirl, but with a more pragmatic personality. This artificial status irks her to no end. 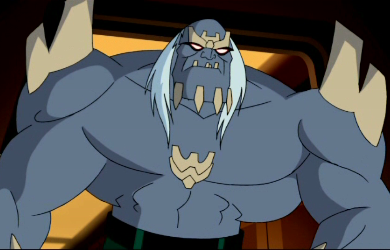 Voiced by: Michael Jai White
Appearances: Justice League
"Superman. I'm here to kill you. Is this a bad time?"

A genetically modified and augmented clone of Superman, driven insane by brutal treatment intended to "condition" him into being focused on destroying Superman. 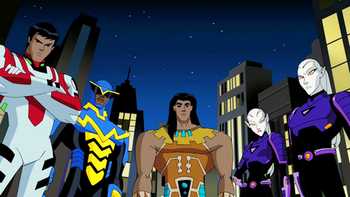 A set of five super-humans who initially appear allied with the US Government. Secretly engineered artificially by Cadmus bio-engineers, the process was unstable and so their lives were drastically shortened. Consist of Downpour, Juice, Longshadow, Shifter and Wind Dragon. 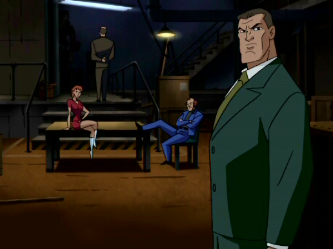 A team of criminals who would receive pardons if they completed special ops missions on behalf of Cadmus, while keeping the hands of governments clean. Task Force X is effectively the Suicide Squad, but with a more censor-friendly name. Its members include: director Col. Rick Flagg, coordinator Clock King (a Batman rogue), Captain Boomerang (a Flash rogue), the hitman Deadshot, and explosives expert Plastique (in her first appearance).

A crook with a natch for explosives, recruited into Task Force X.

A retired member of Cadmus with a hatred of Kryptonians.