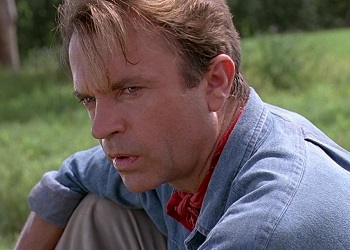 Played By: Sam Neill
"The world has just changed so radically, and we're all running to catch up. I don't want to jump to any conclusions, but look... Dinosaurs and man, two species separated by 65 million years of evolution have just been suddenly thrown back into the mix together. How can we possibly have the slightest idea what to expect?"

A world renowned paleontologist who specializes in hadrosaur and other duck-billed dinosaurs. He is approached by John Hammond, the eccentric billionaire and creator of Jurassic Park, to take a tour of the park and endorse it so his investors would be more confident. 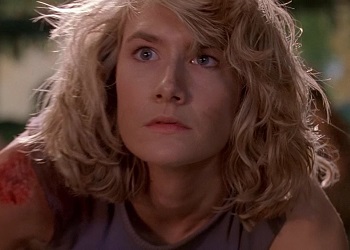 "You never had control, that's the illusion! I was overwhelmed by the power of this place. But I made a mistake, too. I didn't have enough respect for that power and it's out now."

A paleobotanist who works alongside Dr. Grant in the Badlands of Montana. Her specialty and expertise draws the attention of John Hammond, the owner of Jurassic Park. 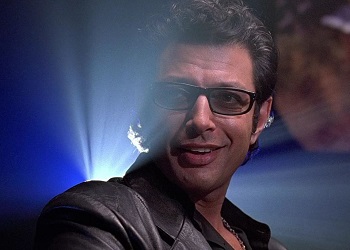 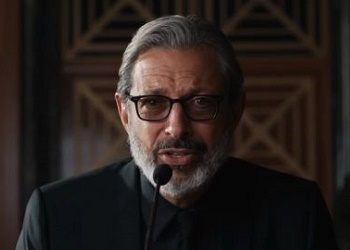 "These creatures were here before us. And if we're not careful... they're going to be here after. Life cannot be contained. Life breaks free. Life... finds a way."
Played By: Jeff Goldblum

A mathematician at the Santa Fe Institute who specializes in chaos theory. He's invited to Jurassic Park by Donald Gennaro with the hopes of easing the minds of InGen's investors. 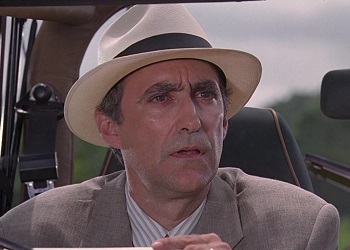 "We're gonna make a fortune with this place."
Played By: Martin Ferrero

The attorney sent on behalf of Jurassic Park's investors to investigate the safety of the park after several reports of missing or dead workers. 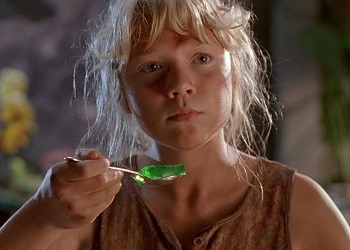 "I am not a computer nerd. I prefer to be called a hacker!"
Played By: Ariana Richards

"It's a UNIX system, I know this! It's the files for the whole park. It's like a phone book — it tells you everything."

John Hammond's granddaughter and Tim Murphy's older sister. Unlike her brother, Lex isn't a fan of dinosaurs and prefers to spend her time on the computer. 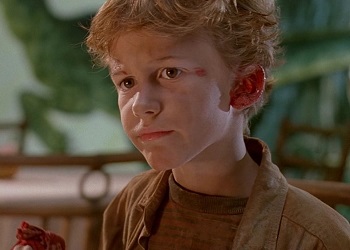 "But Grandpa said all the dinosaurs were girls."
Played By: Joseph Mazzello

"What do you call a blind dinosaur?" 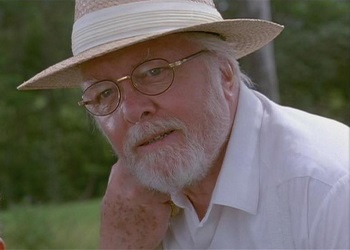 "We spared no expense."
Played By: Richard Attenborough

The owner of Jurassic Park and founder of InGen. He's also the grandfather of Lex and Tim Murphy. 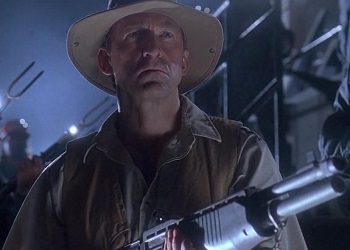 "I've hunted most things that can hunt you, but the way these things move..."

Jurassic Park's game warden. He's much more sensible and realistic about the dinosaurs' capabilities than any of his bosses or co-workers. 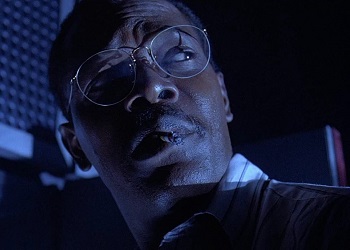 "Hold on to your butts."
Played By: Samuel L. Jackson

"Item one fifty-one on today's glitch list. We've got all the problems of a major theme park and a major zoo, and the computer's not even on its feet yet." 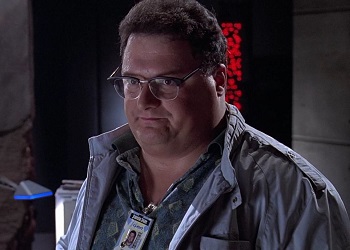 "Don't get cheap on me, Dodgson. That was Hammond's mistake."
Played By: Wayne Knight

"I am totally unappreciated in my time. You can run this whole park from this room with minimal staff for up to 3 days. You think that kind of automation is easy? Or cheap? You know anybody who can network 8 connection machines and debug 2 million lines of code for what I bid for this job? Because if he can I'd like to see him try."

A computer scientist who is in charge of the system's programming and networking of Jurassic Park's computers. 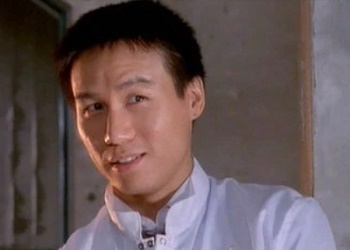 "You're implying that a group entirely composed of female animals will... breed?" 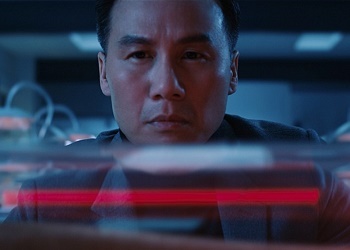 "All of this exists because of me. If I don't innovate, somebody else will."
Played By: B.D. Wong

The chief geneticist at Jurassic World, and a major figure at InGen since the days of Jurassic Park. 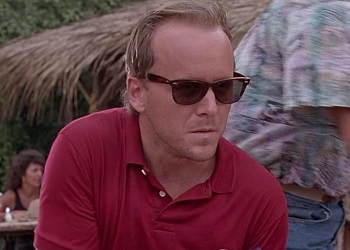 "You shouldn't use my name."
Played By: Cameron Thor, Campbell Scott

"On delivery, fifty thousand more for every viable embryo. That's one point five million. If you get all fifteen species off the island."

A geneticist who is paying Nedry to provide him with dinosaur embryos for his rival biotechnology company, Biosyn. 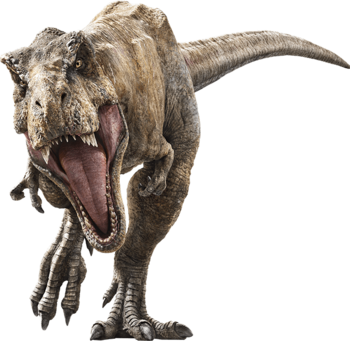 An old Tyrannosaurus rex and the face of Jurassic World; she was one of the dinosaurs who escaped during the initial disaster at Jurassic Park and is now relocated to Jurassic World as something of a mascot. Queen of Jurassic Park and World — a title definitely earned and not just given to her because she's very big and dangerous — she is still capable of kicking arse, even at the age of twenty five.

The Big One (Velociraptor) 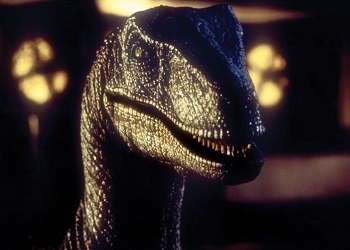 "That one…when she looks at you, you can see she's working things out."

"They show extreme intelligence, even problem-solving intelligence. Especially the big one. We bred eight originally, but when she came in she took over the pride and killed all but two of the others."
— Robert Muldoon

A highly intelligent female Velociraptor who leads two more fellow raptors after she arrived and killed the rest of the pack to take leadership. She serves as the main dinosaur antagonist of the film. 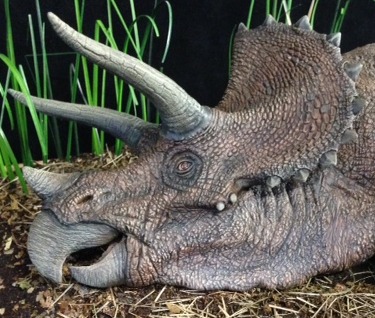 "She was my favorite when I was a kid. Now I see her, she's the most beautiful thing I ever saw."

A dinosaur discovered to be incredibly ill. Sattler attempts to figure out what made her sick. 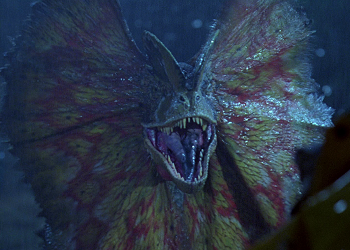 "One of the earliest carnivores, we now know Dilophosaurus is actually poisonous, spitting its venom at its prey, causing blindness and paralysis, allowing the carnivore to eat at its leisure."

Dilophosaurus was one of the carnivorous dinosaurs on attraction at Jurassic Park. 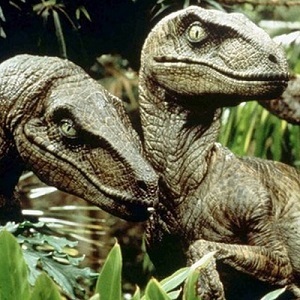 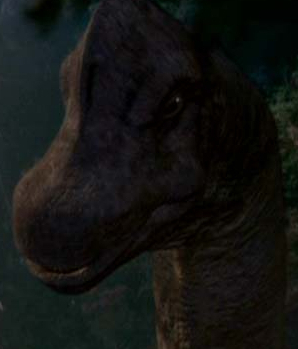 The first dinosaur seen fully on-screen in the filmsnote the Big One had a few short-closeups in the opening, these gentle herbivores are the largest known animals on Isla Nublar and Isla Sorna.

One specific Brachiosaur became the bookend to dinosaurs on Isla Nublar; it was both the first animal seen in full on the island and the last - perishing on Isla Nublar in the pyroclastic flow unleashed by Mt Sibo's eruption. 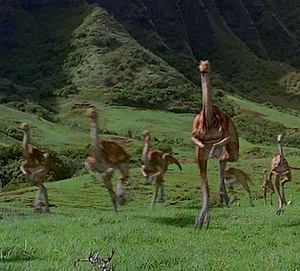 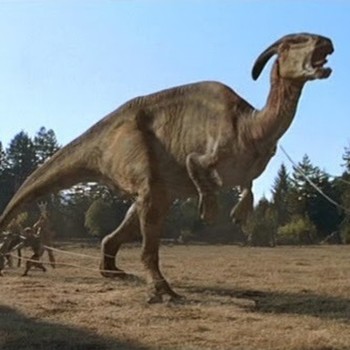