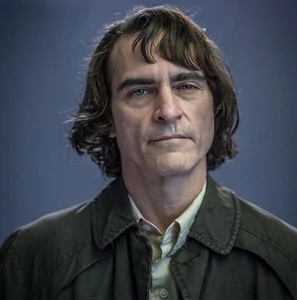 "When I was a little boy and told people I was gonna be a comedian, everyone laughed at me. Well, nobody's laughing now!" 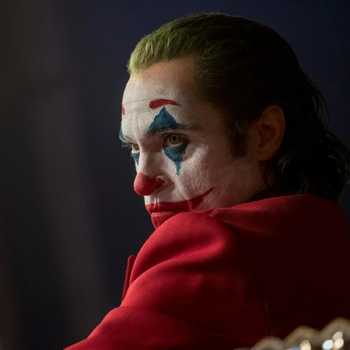 "I killed those guys because they were awful. Everybody's awful these days. It's enough to make anyone crazy!"

"I used to think that my life was a tragedy. But now I realize... it's a fucking comedy."

The protagonist of Joker, Arthur Fleck is a mentally ill, impoverished clown for hire and aspiring stand-up comedian living in Gotham City in 1981. He is well-meaning, wanting to "bring laughter and joy to the world", but gets disregarded or mocked by the society of his wretched and increasingly chaotic home city. And if this wasn't enough, he also has the burden of taking care of his deeply deluded single mother, whose abuse and neglect in his childhood contributed to shape the man he is.

One day, after being bullied and mocked too many times and losing both his job and his medication, he snaps, going down an increasingly dark path made of delusion, twisted self-discovery and blind self-justice. He ends up embracing a whole new persona in the process, and his life (and the world) will never be the same.