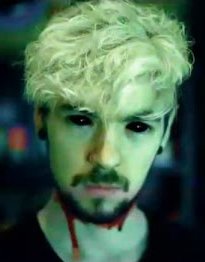 Jack's Enemy Within. He's had a few cameos and one major appearance in the 2016 Halloween episode. 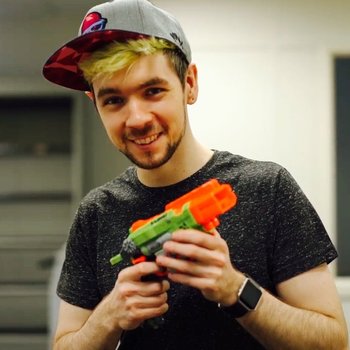 One of Jack's alter egos. A fratbro-type character made as an Affectionate Parody of the Dude Perfect

Jameson Jackson
He first shows up in Jacksepticeye: The Silent Movie 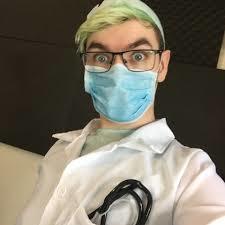 One of Jack's alter egos in the form of a zany parody of a German doctor. Debuted in an episode of

The Jacksepticeye Power Hour under the name Dr. Septiceye. 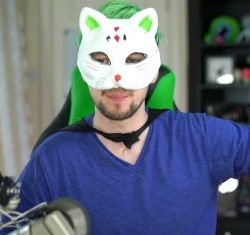 A stage magician persona Sean came up with. Debuted during The Jacksepticeye Power Hour - Marvin's Magic 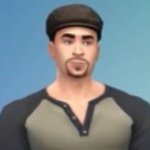 After aging up into elder.

The father in the McBoss family, named for Segway Steve in Happy Wheels but designed after Jack himself.

In episode 8, he was briefly turned into "Boss Vader", donning a Darth Vader mask and all-black clothing with a red tie. In episode 10, he became an astronaut alongside Betty. In episode 17, he aged up into an elder, and he was aged back into an adult in episode 22. 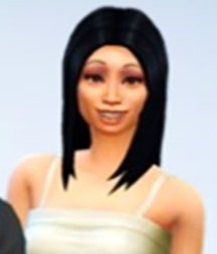 The mother in the McBoss family, named for Betty in Happy Wheels and designed after Jack's Korean girlfriend. 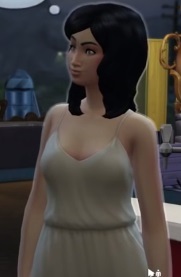 The second daughter of the McBoss family, introduced in episode 7.

Got aged up into a high school student and then to a young adult in episode 11. In episode 13, she is revealed to be a lesbian and marries a female. In the following episode, she became the mother of an adopted son named Tiberius.

She is the sister of the two Abbies.

A Sim that is one of Bitty's best friends. They later develop a lesbian relationship and marry in episode 13. She ages up into an elder in episode 17 and is aged back down to an adult in episode 22.

She currently is working as a scientist. 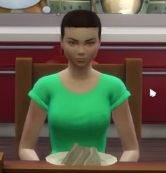 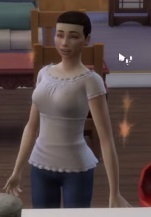 Twin sisters born by Betty in episode 15, and the third and fourth daughters of the McBoss family. Their names are identical due to Jack not knowing they were twins and accidentally putting in "Abbie" a second time when a second prompt appeared. At one point, Jack gave them the nicknames of "Abbie the First" and "Abbie the Second".

In episode 18, they were both aged up into teenagers.

They were the aunts of Tiberius and the sisters of Bitty.

The third child and only son of Betty and Steve. He was born in episode 24 and is based off of Jack.

He is currently working as a detective.

The second son of the McBoss family, and the adopted child of Bella and Bitty, introduced in episode 14. He was formerly named Rolando when first adopted.

He was aged up to a high schooler in episode 16, and then to a young adult in episode 18. In episode 20, he pursued success in an athletic job but was killed by Bessie when she baited him with cake.

Tiberius was the nephew of the two Abbies. 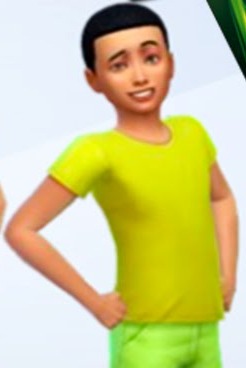 The first son in the McBoss family, named for little Billy in Happy Wheels. In episode 4, he was taken by social services/starved to death six hours after Abby; both were confined in small featureless spaces. 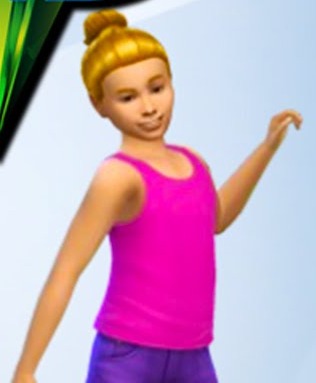 The first daughter in the McBoss family, named for Abigail in Happy Wheels. She was taken by social services/starved to death in episode 4 six hours before Billy; both were confined in small featureless spaces.

The two cowplants owned by the family. They were introduced in episode 19.

Between the two, Bessie grew into a fully mature cowplant first with about a three-hour difference. 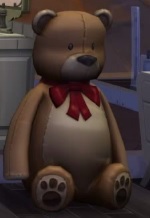 A giant teddy bear owned by Bitty. His original name was "Penis face", although in episode 10 Jack changed it "Freddy", naming him after Freddy Fazbear, the titular character in the Five Nights at Freddy's series. Freddy was originally introduced alongside Rectum Fluid. In episode 10, Jack sold Freddy since Bitty was too old to still be having toys and stuffed animals, but gave him a return in episode 14 when Tiberius was born.

A giant stuffed unicorn formerly owned by Bitty. Was originally introduced alongside Freddy but was ultimately sold due to taking up space in Bitty's bedroom.

A Sim that Bitty conversed with in episode 12; potentially served as her first love interest, although Zest turned her down, much to Jack's chagrin. He later returned for Bella's birthday party in episode 17.

A coworker and love interest of Jack's. She become engaged to Jack in episode 27.

A man trying to get Kampas Krismas to infiltrate The Avatars of Allah gang. He was at one point murdered, but returned from the dead to needle Krismas.

A new inmate that arrived shortly after Krismas did. Within days, he was running one of the more powerful gangs in the prison. After his release, he went on a killing spree upon finding his wife having an affair.

Like Felix before him, Jack has accumulated a lot of pets in Minecraft.

Jack's faithful dog that he finds in episode 2. He is a widower; his wife and child drowned in the moat of Jack's castle.