Characters / It's Always Sunny in Philadelphia: The Gang 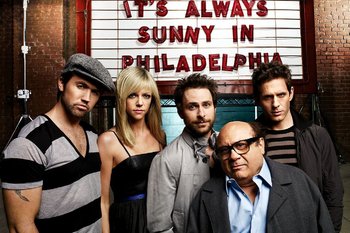 Meet Mac, Dee, Charlie, Frank, and Dennis
"We immediately escalate everything to a ten. It's ridiculous. Somebody comes in with a preposterous plan or idea. Then all of a sudden everyone's on the gas, and nobody's on the brakes. Nobody's thinking, we're just talking over each other with one idiotic idea after another."
— Dennis

The five main characters of the show, a sordid group of degenerates who own and operate an Irish-themed dive bar in Philadelphia called Paddy's Pub. 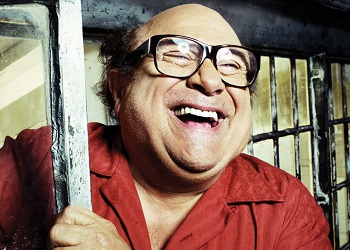 "Can I offer you a nice egg in this trying time?"

"I don't know how many years on this earth I got left. I'm gonna get real weird with it."

The legal father of twins Dennis and Dee, and possibly the biological father of his roommate Charlie. He used to be a successful businessman with a long history of illegal operations and dealings with sordid characters, but chose to abandon that life and redeem himself after leaving his money-grabbing, cheating wife. He now shares a tiny, filthy studio apartment with Charlie, where they share a pullout couch.