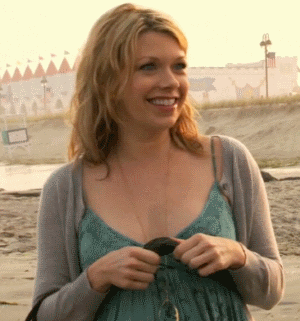 "Really, Charlie, will I marry you? No, no I will not. I will never marry you."

Debut: "The Gang Gets Racist"

The object of Charlie's affections. Initially employed at a coffee shop near Paddy's, the Gang's meddling causes her to lose several jobs across the series. 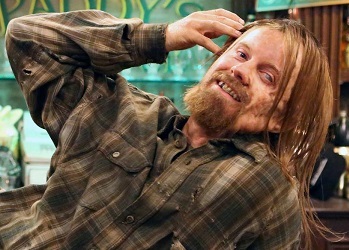 Debut: "The Gang Exploits a Miracle"

Former high school classmate of Dennis, Dee, Mac, and Charlie. A Roman Catholic priest who becomes defrocked, destitute, abducted, assaulted (both non-sexually and sexually), threatened, hunted, severely injured and addicted to cocaine all directly or indirectly resulting from the influence or action of The Gang. As a boy he suffered from a medical condition that required the use of very conspicuous complex leg braces which inspired the pejorative nickname "Rickety Cricket". 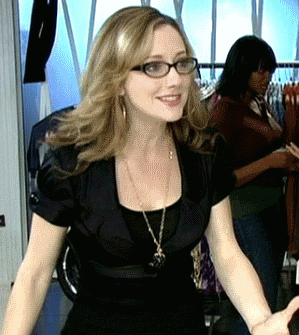 "Hey, do you remember how you used to say that you were gonna be famous and have your own clothing line?"

A high school friend of Dee's. In high school, Dee wore a back brace and was dubbed the Aluminum Monster while Ingrid was morbidly obese and was given the name Fatty Magoo. As an adult, she lost all of her excess weight and has become a successful dress designer.

Debut: "The Waitress is Getting Married"

A high school acquaintance of the Gang known for his terrible acne. 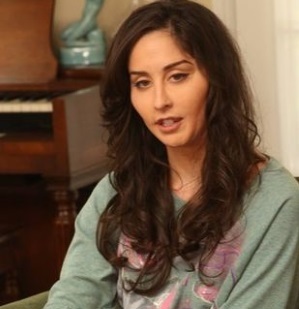 Dennis' high school girlfriend and ex-wife, and the sister of Bill Ponderosa. Known for her foul-smelling dead tooth and obsessive personality. Following their divorce, she has spent all of Dennis' alimony checks on frivolous surgeries for herself. 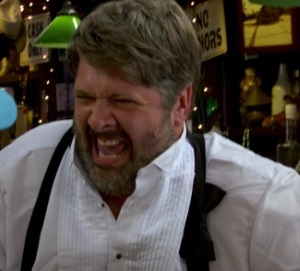 "I spiked the milk with methylenedioxypyrovalerone. It's bath salts."

Dee's high school crush and the brother of Dennis' high school girlfriend Maureen Ponderosa. He has put on a lot of weight since high school and has grown into an awful and hedonistic man. 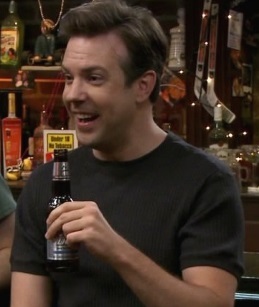 "What's going on? You guys gonna try to bang me or something?"

Debut: "The Gang Gets a New Member"

A former member of the Gang from back when they were in high school. Mac and Dennis kicked Schmitty out of the Gang (and a moving car) to make Charlie happy. Charlie and Schmitty used to be roommates and Charlie always feels upstaged by Schmitty. 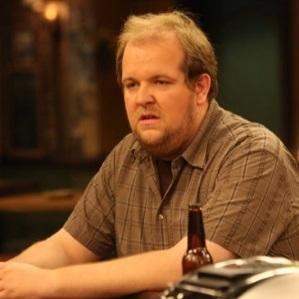 A high school friend of Mac and Charlie and leader of their gang "Freight Train". The two saw him as a harmless Cloudcuckoolander, but Ingrid Nelson tells them that he is in an asylum for cutting up his family and eating them for Christmas Dinner. It's later revealed in "Psycho Pete Returns" that he actually didn't; he was institutionalized to cope with his social anxiety and depression, and the rumors about him were mostly spread by the Gang. 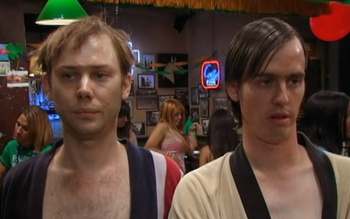 "Where do you keep your Pledge?"

Debut: "McPoyle vs. Ponderosa: The Trial of the Century"

Other Characters (in order of appearance) 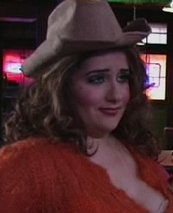 "These guys are playing hard to get. Gonna take off my bra, blast my nips."

Dee's friend from her acting classes who acts out a scene from Coyote Ugly. Artemis is overly serious about her craft and displays bizarre habits and outbursts. She is very open about her sexuality and often offers to perform in the nude, even when it is unnecessary. Recently, she was involved in a sexual relationship with Frank and the two shared a food fetish. She likes having sex with bacon bits in her hair because it "makes her feel like a cobb salad." She and Frank once had makeup sex in a dumpster behind Wendy's, where she incorporated a bun. She has openly proclaimed that she has a "bleached asshole".

A trans woman who was dating Mac. She is attractive but displays an obvious bulge in her pants. She keeps Mac interested in her with promises of undergoing sexual reassignment surgery and with constant flattery of Mac's physique.

An attorney who has had several run-ins with the Gang. Like the Waitress, his real name is unknown.

A local male model. Introduced as one of many attractive people vying for the position of the Paddy's Pub billboard model, he has been repeatedly rehired by the Gang whenever their schemes require some sex appeal.

A senile old woman Charlie got to play music for The Nightman Cometh. Dennis later recruited her to play his grandmother as part of a scheme.

Debut: "The Gang Wrestles for the Troops"

A washed-up, unstable Professional Wrestler. The Gang hires him to wrestle for the troops. He is later involved in the Gang's timeshare scheme.

Debut: "The Gang Wrestles for the Troops"

Dee's online chat buddy "soldier of fortune". He served as an American soldier in Iraq.

Debut: "The Gang Gets a New Member"

The high school principal who hires Dee as a substitute teacher and Charlie as a janitor.

Frank's bizarre friends that he met under a bridge.

Debut: "The Storm of the Century"

A local Philadelphia weatherperson with whom Dennis is deeply infatuated.

Debut: "The Gang Dines Out"

A waiter who constantly runs into the Gang. They antagonize him for no reason and never seem to remember him.

Debut: "Mac and Dennis Move to the Suburbs"

An old black man who Mac, Dennis, and Dee have been sharing a bed with ever since losing a bet with Frank.