Top-of-the-line precision rifles in the hands of the best sharpshooters on Earth. Snipers can take down any threat even before they know it to be a threat.
Abilities: APDS Bullets, Lethal Weapon

Diplomats project strong psychic shields over allies and cast energy bolts that briefly stun enemies. They can't prevent war, but they can certainly save the lives of their allies.
Abilities: Absolute Defense, Tulpa Sentry

Channelers lock and incremental psychic beam on an enemy until it's dead. They can turn into an energy sphere to travel very fast. Truly, they are unquestioned masters of the mind.
Abilities: Mass Effect, Gravitational Singularity
Iron Marines Mech Units

No aerial enemy can break our perimeter if a Shellstorm is on duty. From the rear of the battlefront, Shellstorm missile barrages can take down even the clouds in the sky.
Abilities: Toxic Barrel, Shockbot

The heavyweight of all mecha squads, commanded by the bravest of pilots. They stand unflinching in the thick of the battle, crushing down the strongest enemies.
Abilities: Defense Drones, Harvester
Iron Marines Other Units

Powerful defensive platform that can turn the tide of a battle. It fires a frightening hail of high caliber rounds that can hold back legions of enemies.
Abilities: Overhaul, Vulcan Barrage 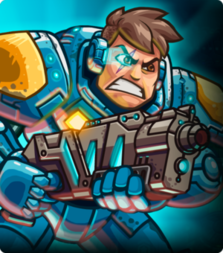 A space marine who follows in his predecessor's footsteps. 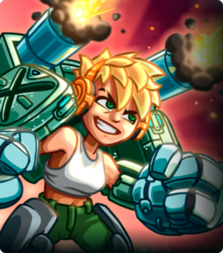 A mining technician who outfitted her power suit with missile launchers. 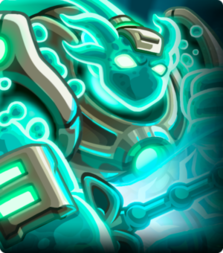 "Are you talking to us?"

A being made of many souls. 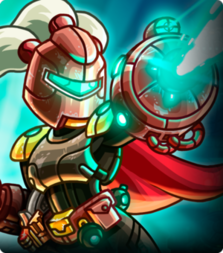 A bounty hunter with mysterious origins. 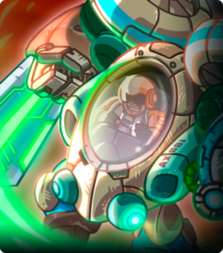 A last gen mech that can't be piloted because nobody is compatible with its AI. That is, until a janitor fell into the cockpit and gets a 100% match with it.

Note that Ajax is the mech itself. The pilot is named Mac. 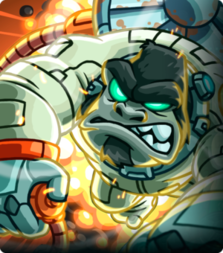 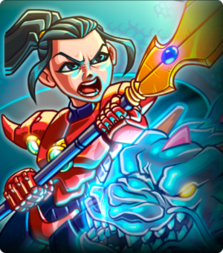 "My blade is yours."

A space warrior hailing from the east who wields the mysterious artifact called the Cosmic Eye on her armor. 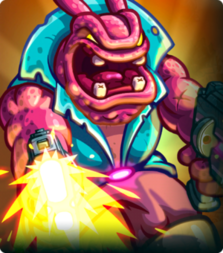 A gun-toting, dual-wielding space marshal with a dark past. 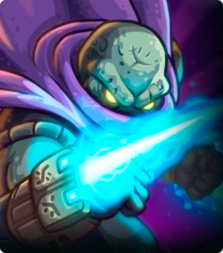 An alien who travels between worlds to find the final challenge. 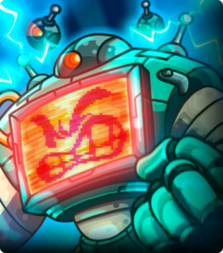 A robot with two personalities. 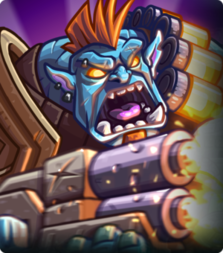 A space orc who's a member of the Forlorn Troopers.

Sparas (and his companions) 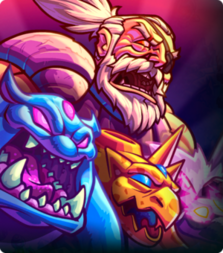 A pathfinder from Falx-3 who has trained alien beasts under his command. 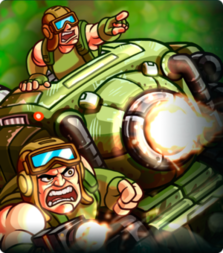 A huge tank and its crew. 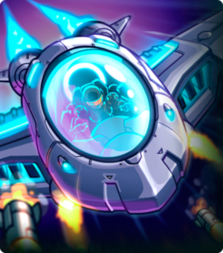 "To the danger zone!"

An Ace Pilot of the Iron Marines.

The Ambassadress of the Empyreans whose ship crash-landed in the middle of Fell-infested territory on Sagan-1.

One of the last few remaining Ascendii after the rest were transformed into Peripheroids by Mr Rob070.

King of the Ga'r on Borealis.

The Iron Marines' interdimensional tanks and the only hope against Nexus.

Wolf-like aliens native to Borealis. These consist of Fenrir and Alpha Fenrir.

Bulky and powerful, this unique creature is an army on its own. Razor talons, long range projectiles, really fast and incredibly tough. Definitely not a foe to trifle with.
Threat: Very High

The miniboss fought at the end of mission 7, and is also encountered in the Special Ops mission "A New Despair" and "The Colour out of Space".

This colossal creature is the undisputed Fell ruler. Unmatched regeneration and the ability to launch explosive eggs makes it almost a hopeless challenge. Its unique ability to obliterate an entire base with a single etherium Mega-Blast is just another brick in the wall.
Threat: Extreme

Leader of the Fell aliens.

Built by the Ascendii to guide them to true enlightenment, Rob070 has turned into a megalomaniacal and deranged artificial intelligence. Ultra tough plates protect its neutronic brain and hide an unknown ultimate weapon.
Threat: Extreme

The ace up Rob070's sleeve, Overseers are formidable Peripheroid's champions. Barrages of deadly missiles, strong armor and even stronger melee skills make it an army on their own. Smart enough to retreat if it is at a disadvantage, Overseers are a tactician's nightmare.
Threat: Very High

The miniboss fought at the end of the Special Ops mission "Metal Gear" and encountered twice in "Rise of the Machine".

The energy of a single elemental particle makes each Raad a daunting enemy. Nexus is so vastly powerful that he controls all four energies of lesser Raad. Nexus concentrates energy in his hands for a few seconds before launching a devastating manifestation of elemental mastery. Disrupting this ability is crucial.
Threat: Extreme

Leader of the Raad.