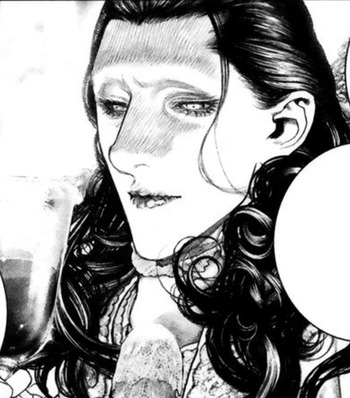 The eldest son of Jean-Baptiste, and the future fourth Monsieur de Paris. The series begins with Charles' struggle with his destiny as an executioner.

Marie-Joseph Sanson
The youngest daughter and Charles' half-sister, Marie picks up an interest in executions and medicine at the age of five. At age 11, Marie becomes the Prevote de L'Hotel.

Jean-Baptiste Sanson
The third Monsieur de Paris at the beginning of "Innocent".
Anne-Marthe
The "Iron Law" of the Sansons. She is the mother of Jean-Baptiste and grandmother of Charles-Henri and Marie.

Nicolas-Gabriel Sanson
The second son of Anne-Marthe and the little brother to Jean-Baptiste. In Innocent, Nicolas tried to become the next Monsieur de Paris, before shutting himself up in a monastary.
Jean-Louis Sanson
The only, morbidly obese, son of Nicolas. Marie marries him in order to continue working as the Prevote de L'Hotel.
Andre Legris
Originally the personal attendant of Nicolas-Gabriel Sanson, Andre later become the servant of Marie-Joseph Sanson.
Louis-Charles-Martin Sanson
The third child of Jean-Baptiste, and the first he had with his second wife, Jeanne Berger.
Louis-Cyr-Charlemagne Sanson

Henri Sanson
Charles-Henri's eldest son and designated heir into the executioner trade.
Gabriel Sanson
Charles-Henri's youngest son.
Zero Sanson
Marie's young child who wears an iron mask
Charles Henri de Longeval
A soldier who was stationed at Dieppe. His fate changes completely after he meets a woman named Marguerite....
Marguerite Jouenne
The beautiful daughter of an executioner. She nurses Charles back to health after seeing him get almost struck by lightning.

Louis XV
Louis Auguste (Louis XVI)
Marie Antoinette
The last queen of the Ancien Regime.
Louis Philippe II, Duke of Orleans
A cousin of Louis XVI; he schemes to take the throne from him.

Blanka
A small,snow-white monkey that was owned by Alain, and later Marie.
Jeanne de Valois-Saint-Rémy
An illegitimate descendent of the Valois family who went from a street beggar to a prostitute to the Comtesse de la Motte.
Cardinal de Rohan
A religious figure from a high-ranking and prosperous family, his obsession with Marie Antoinette led to him being a pawn of the Comtesse de la Motte in the Affair of the Diamond Necklace.
Marie-Jeanne Bécu/Madame du Barry
The official mistress of Louis XV who has known the Sanson siblings since they were young.
General Arthur Griffin
A former war hero and a friend of Jean-Baptiste, he is executed for unwarranted defeat against England.
Robert-François Damiens
Jacques Damiens
The only son of Robert-Francois Damiens.
Subyss
The official torturer of the Concierge. The great-grandson of the man who tortured Ravaillac.
Count De Luxe
An aristocrat who despises poor people. He murders Marie's first love Alain, setting Marie down a darker path.
Hans Axel von Fersen 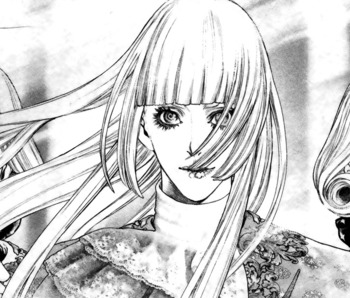 A Swedish nobleman who is also Marie Antoinette's lover.

Father Grisel
A monk who was Charles-Henri's childhood tutor
Le Chevalier D'Eon
A diplomat, spy, and Captain of the Dragoons. D'Eon is a friend of Marie-Joseph, and acts as her second for Marie's duel with Charles.
Maximilien Robespierre
A young law student who will eventually be the leader of The Reign of Terror.
St. Just
Charlotte Corday
A young woman from Caens. Well-known as the woman who assassinated Jean-Paul Marat during the French Revolution.