Even IMF Agents couldn't handle the missions on their own from time to time. Sometimes they require the expertise of a trusted ally...most of the time. 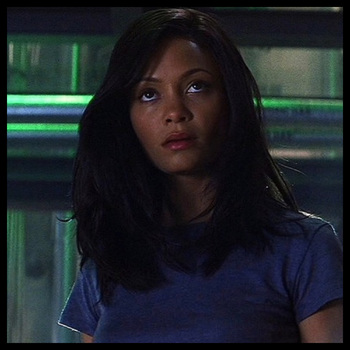 "I don't have a conscience. I'm a bloody thief."
Played By: Thandiwe Newton
Dubbed in French By: Magali Berdy
Appearances: Mission: Impossible II
Ethan Hunt: She's got no training for this kind of thing.
Mission Commander Swanbeck: What? To go to bed with a man and lie to him? She's a woman, she's got all the training she needs.
Advertisement:
Jules 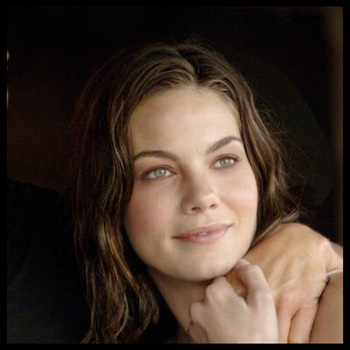 "How can I help?"
Played By: Michelle Monaghan
Dubbed in French By: Charlotte Marin
Appearances: Mission: Impossible III | Ghost Protocol (cameo) | Fallout
"Look at my life. I love what I do and I never would've found this if I hadn't met you. Everything that happened... it tought me a way and showed me what I'm capable of and I... I am a survivor."

A funny Russian guy whom Ethan insisted on rescuing from a Russian prison and cousin to Russian criminal "The Fog".

A SVR (Foreign Intelligence Service of the Russian Federation) agent who pursuits Ethan after he is framed for the destruction of Kremlin. 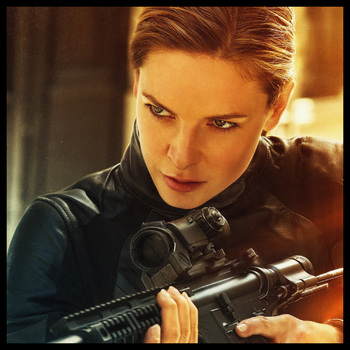 "You have everything you need to find me."
Played By: Rebecca Ferguson
Dubbed in French By: Ingrid Donnadieu
Appearances: Rogue Nation | Fallout
"The director of the CIA called me inquiring about you personally. Of course to protect your cover, I had to lie. So, as far as the Americans are concern, you're a rogue assassin, a target of opportunity. A precious few people know about your true identity. It would be unfortunate if we forgot."
— Attlee

A mysterious and manipulative woman working inside The Syndicate. Her agenda is... difficult to figure out.