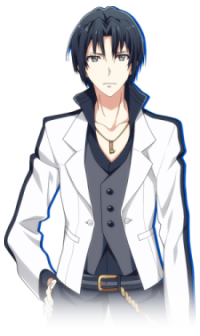 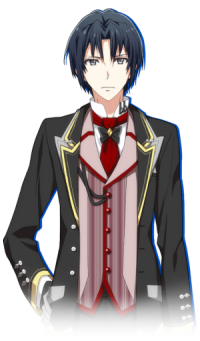 Mitsuki's younger brother. Iori has a calm and collected personality. He's polite towards his superiors, but in fact has a poison tongue. His parents run a cake shop called "fonte chocolat", and the cute interior of the shop has led to him liking cute things, something he tries to keep secret from everyone else. For as much as he can carry out anything perfectly, he's weak in the face of adversity. 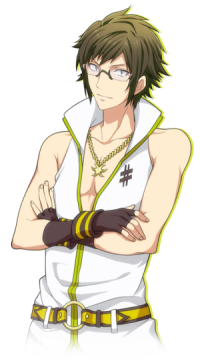 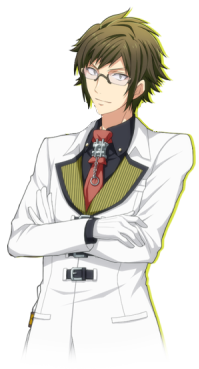 The leader of IDOLiSH7. Yamato pretends to be aloof, but he's actually passionate and thinks of the other members more than anyone else. Before he joined the agency, he held a cold recognition akin to hatred regarding the entertainment world. He usually refers to himself using "ore", but he'll sometimes use Oniisan as well due to being the oldest of the group.

Associated with: sharp, the number 2, green 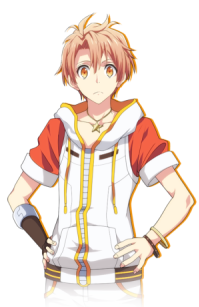 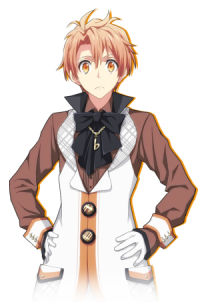 Iori's older brother. Despite his energetic, bright, cute exterior, there's also a side to him that is brimming with chivalry and is a very helpful older brother. He's dreamt of being an idol since he was young, but because of his height he hasn't been blessed with many opportunities. Among the members he is especially enthusiastic about his job, and fills the role of team mood maker.

Associated with: flat, the number 3, orange 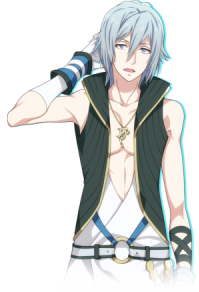 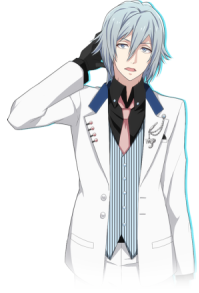 A lazy genius character. Tamaki entered the entertainment world for a reason the other members aren't aware of. He's an individualist that goes at his own pace; he doesn't give fanservice to fans he meets on the street, keep his promises, or show up to things on time. However, there's also an earnest side to him that'll do anything for King Pudding.

A serious, kind, likable young man. Sougo has a strong sense of responsibility, is smart, and can carry out anything with excellence; but he hasn't figured out his own individuality, and he has a tendency to worry on his own. Despite normally being gentle, if he loses all restraint he can become uncontrollable... 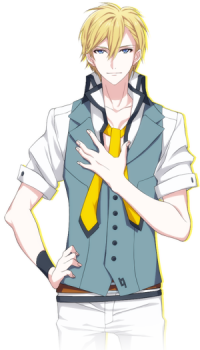 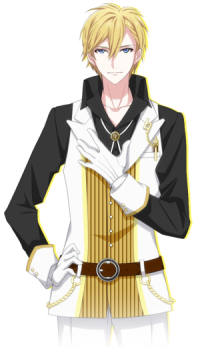 A half-Japanese from a northern European country. He is quick to use sweet words to charm women. Nagi was born with good looks and natural charisma, but his love of anime from his Japanese mother complicates that. Because of his appearance and personality he didn't have many friends growing up, so he cherishes and loves the other members.

Associated with: natural, the number 6, yellow

(as Mitsuki removes his anime merchandise) Jesus no! My Kokona stick! 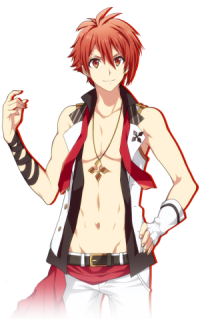 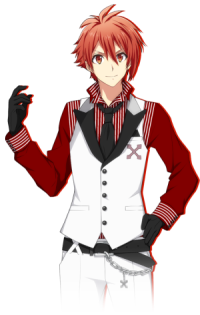 The center of IDOLiSH7. While Riku may be a bit clumsy, he's also honest, a hard worker, and a softhearted person that can't turn down a request. He had poor health as a kid, and the make-believe show his older brother showed him was the only enjoyment he had as he fought his illness. Since he spent a long time in the hospital, he doesn't know much about the world. He often fights with Iori, but actually finds enjoyment in it since he hasn't had that kind of partner before. 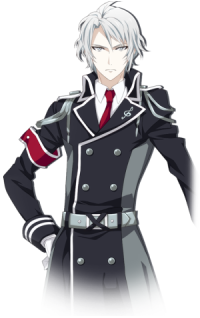 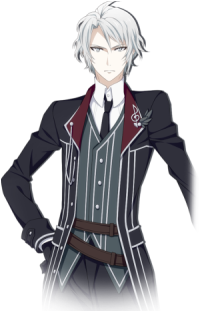 The leader of TRIGGER. Gaku hates losing and has a sharp tongue, but his feelings also run deep. Under the supervision of his father, who runs an entertainment office, he's steadily gained popularity since his debut and now shines as "The Number 1 Most Desired Embrace." He's a popular star in great demand for commercials and dramas too.

The center of TRIGGER. Tenn's outward appearance maintains that of a rogue, and he's a perfectionist and believes in competency. He's decided in his heart to perform perfectly in front of others 24 hours a day, 365 days a year. Due to his high professionalism, it's easy for those who know his true disposition to mistake him as cold and two-faced. 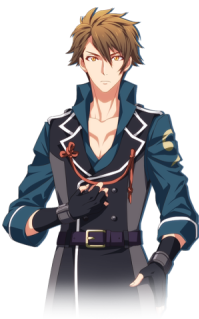 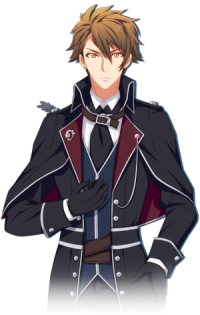 Ryuunosuke comes from Okinawa. While he is kind, gentle, and shy, his agency promotes him as a Sexy and Wild character. He's bewildered and bitter at having to juggle between his real self and the image that's been created. He likes alcohol, and is a troublesome drunk. 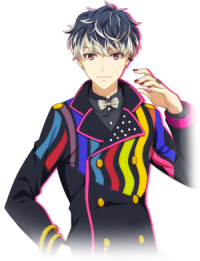 Momo is facetious and hyper. He's the type to act after looking carefully at his surroundings, so if a location's atmosphere feels tense he'll use his inherent cheerfulness and kindness to calm everything down. However, he's very awkward regarding himself, and he'll worry about things on his own... Momo's boke and Yuki's masterful tsukkomi will frequently unfold between them. 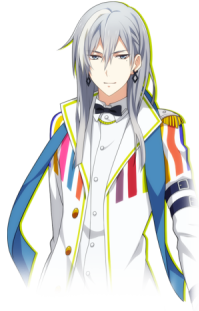 Yuki is surrounded by a cool air that feels as though he won't be perturbed by anything, but he has a surprisingly low laughing point. There are times when he is unable to hold back his laughter in his skits with Momo. Though he's now a prosperous top idol, he often thinks of his kouhai and worries after them with a kind heart. 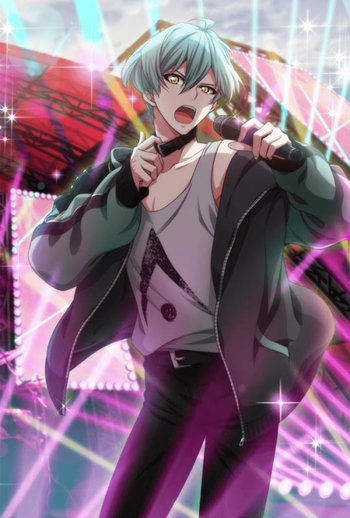 One of ZOOL's vocalists. Despite having a sweet face, Haruka won't acknowledge those who won't acknowldege him. He is self-centered and is currently attending the same high school as Iori and Tamaki.

Haruka was also trained by Kujou before being cast aside by him, and (teased) as Aya's supposed fiancé. 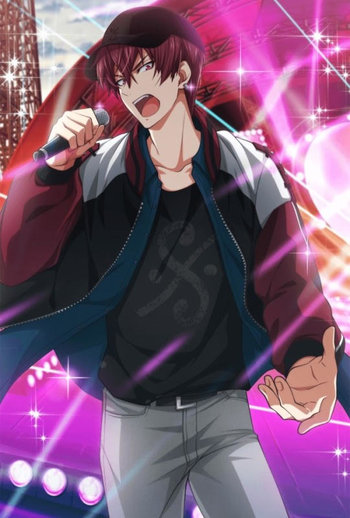 One of ZOOL's vocalists. Touma used to be very earnest about music, but now he only acts to get revenge on TRIGGER. 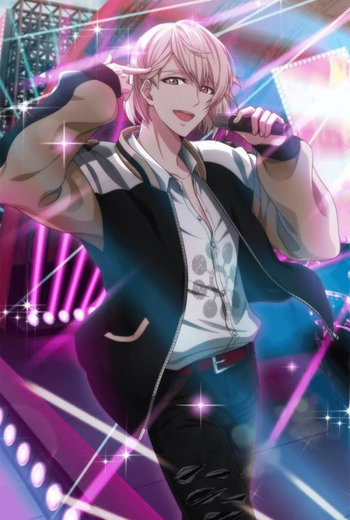 One of ZOOL's performers. Minami is a former child acting prodigy who hides darkness behind his composed and gentle smile. 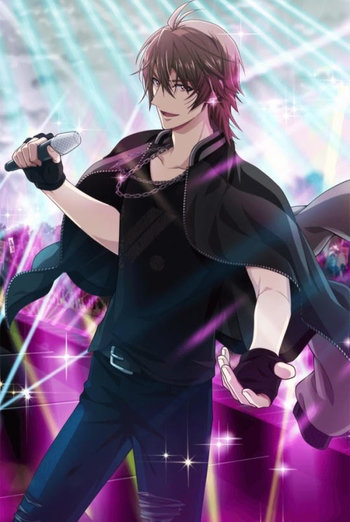 One of ZOOL's performers. Torao has been naturally blessed with talent and a favorable environment since birth. He has great confidence in himself and will use women freely.

The agency president's only daughter. She lost her mother at a young age, and respects her father for raising her on his own. From her feelings of wanting to help her father and stand on her own, she became IDOLiSH7's manager. She's optimistic and strong-willed. 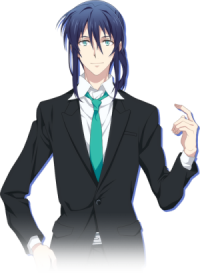 A capable officer worker that supports Takanashi Productions. He has a calm personality, and feels like everyone's older brother. From odd jobs to supporting Tsumugi's work as a manager, he's in charge of quite a lot. He feels a great debt of gratitude toward President Takanashi for letting him join the agency.

The "rabbit" being kept at the agency. She appears in unexpected places while calling out "Myuu~", and is loved by both Banri and the members of IDOLiSH7.

The president of Yaotome Productions, which TRIGGER is attached to. Sousuke is someone who is said to make you disappear from the entertainment world if you defy him. He is the father of one of TRIGGER's members, Yaotome Gaku. Money and power are everything to him, and he things of everyone associated with the agency as just pieces on a board, so things aren't going smoothly between him and his son.

TRIGGER's manager. Their work is top class, but they're unusually strong-willed, and will snap a ballpoint pen in two with their bare hands when they're angry. Only Yaotome Sousuke knows their true age.

TRIGGER's songwriter. Akihito used to write songs that were great hits in the 90s, and was scouted to write for TRIGGER in the present day. Is the one responsible for TRIGGER's theft of IDO Li SH 7's Natsu☆Shiyou ze. 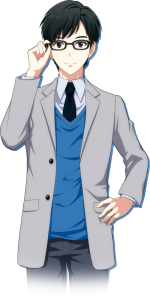 Re:vale's manager, and the younger brother of the president of Okazaki Agency. It's been five years since he became their manager, but he makes sure to carefully support them so they don't forget their humility even after becoming top idols. 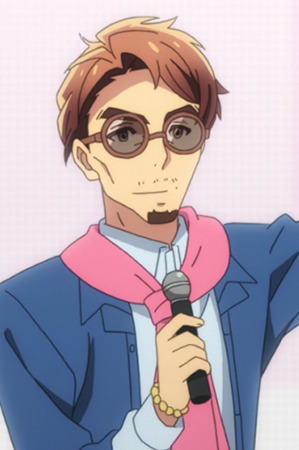 A well known TV personality. He took a liking to IDOLiSH7 almost immediately, and has watched after them (and doted on them) ever since. 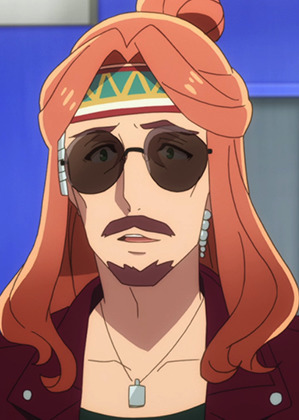 A foreign pop-rock star that has been topping the charts for years. He got interested in IDOLiSH7 after seeing a video of them online.
Spoiler Characters 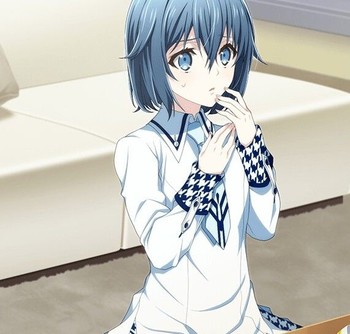 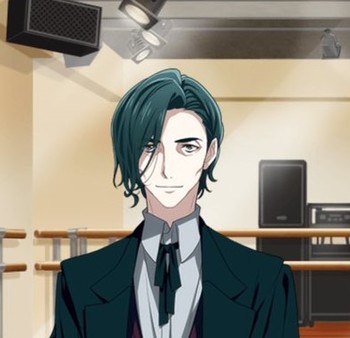 Ten and Aya's adoptive father. Used to be Haw9, the legendary Zero's manager, until the latter's mysterious disappearance.

Zero's songwriter. His songs post-Zero are currently used by IDOLiSH7.

The legendary Zero. He disappeared 15 years ago at the height of his popularity, but his presence has a huge impact on the main characters of the story. 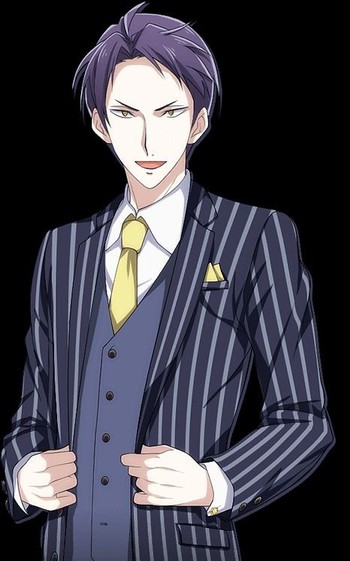 The Manager of Zool. 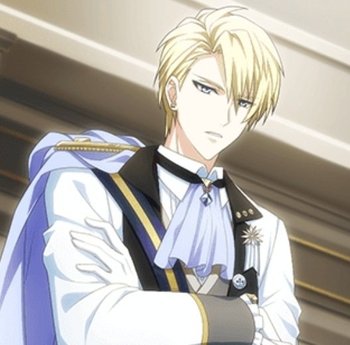